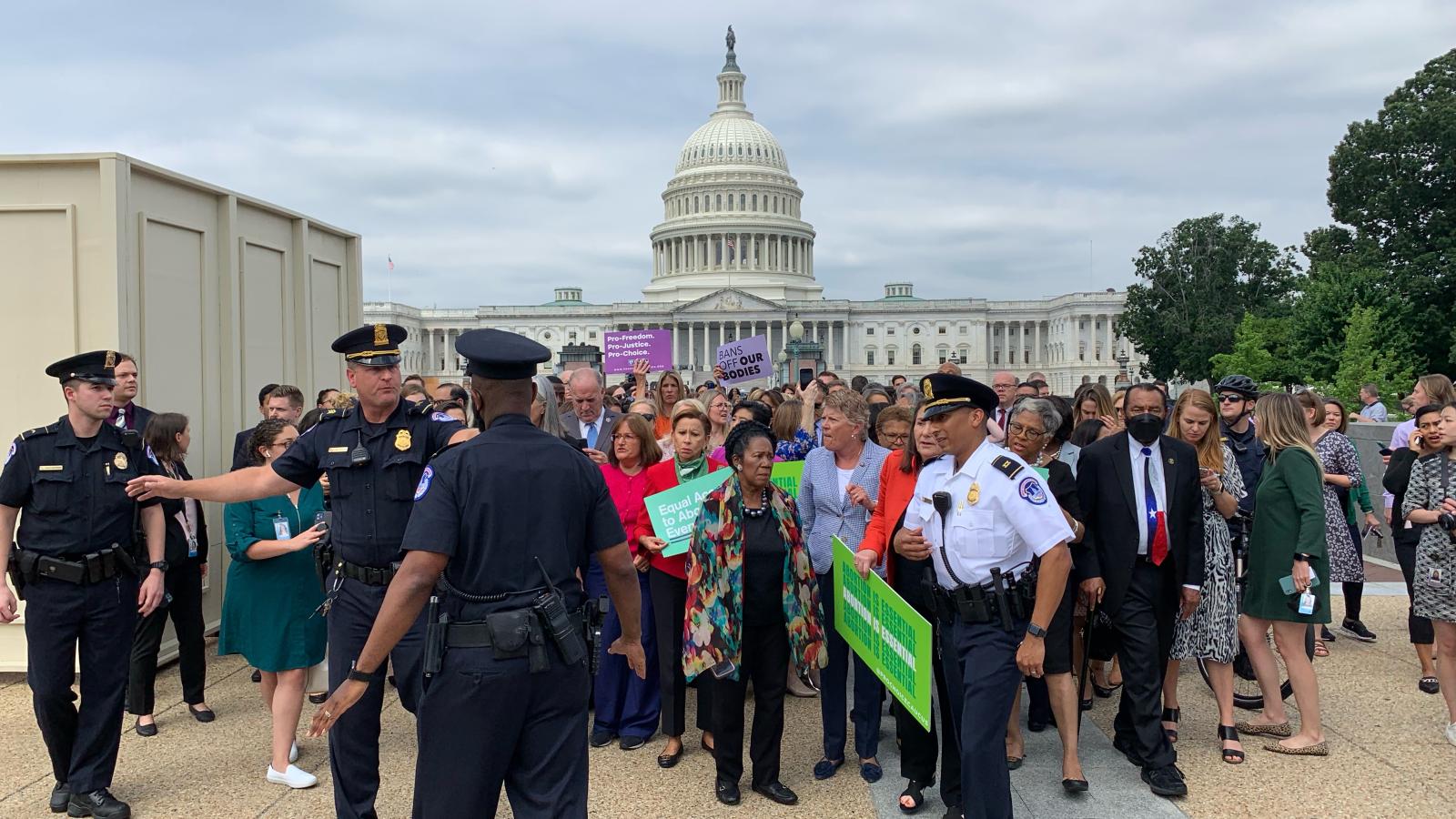 The Supreme Court on Friday strikes down the landmark 1973 Roe v. Wade case, which for nearly half-a-century has offered a constitutional protection to a woman's right to an abortion.

Chief Justice John Roberts, who filed a concurring opinion, wrote that he agrees "with the Court that the viability line established by Roe and Casey should be discarded under a straightforward state decided analysis. That line never made any sense."

"Roe was egregiously wrong from the start," wrote Alito in a first draft of the now official decision that was leaked in early May. "It is time to heed the Constitution and return the issue of abortion to the people’s elected representatives."

Justice Thomas wrote, "In future cases, we should reconsider all of this Court's substantive due process precedents, including Griswold, Lawrence, and Obergefell," the decisions that established rights to contraception, same-sex relationships, and same-sex marriage.

The unprecedented leak of the opinion to Politico sent the nation, the high court, and Washington, D.C. into a frenzy as activist groups, politicians, and everyday Americans grappled with the weight of the decision.