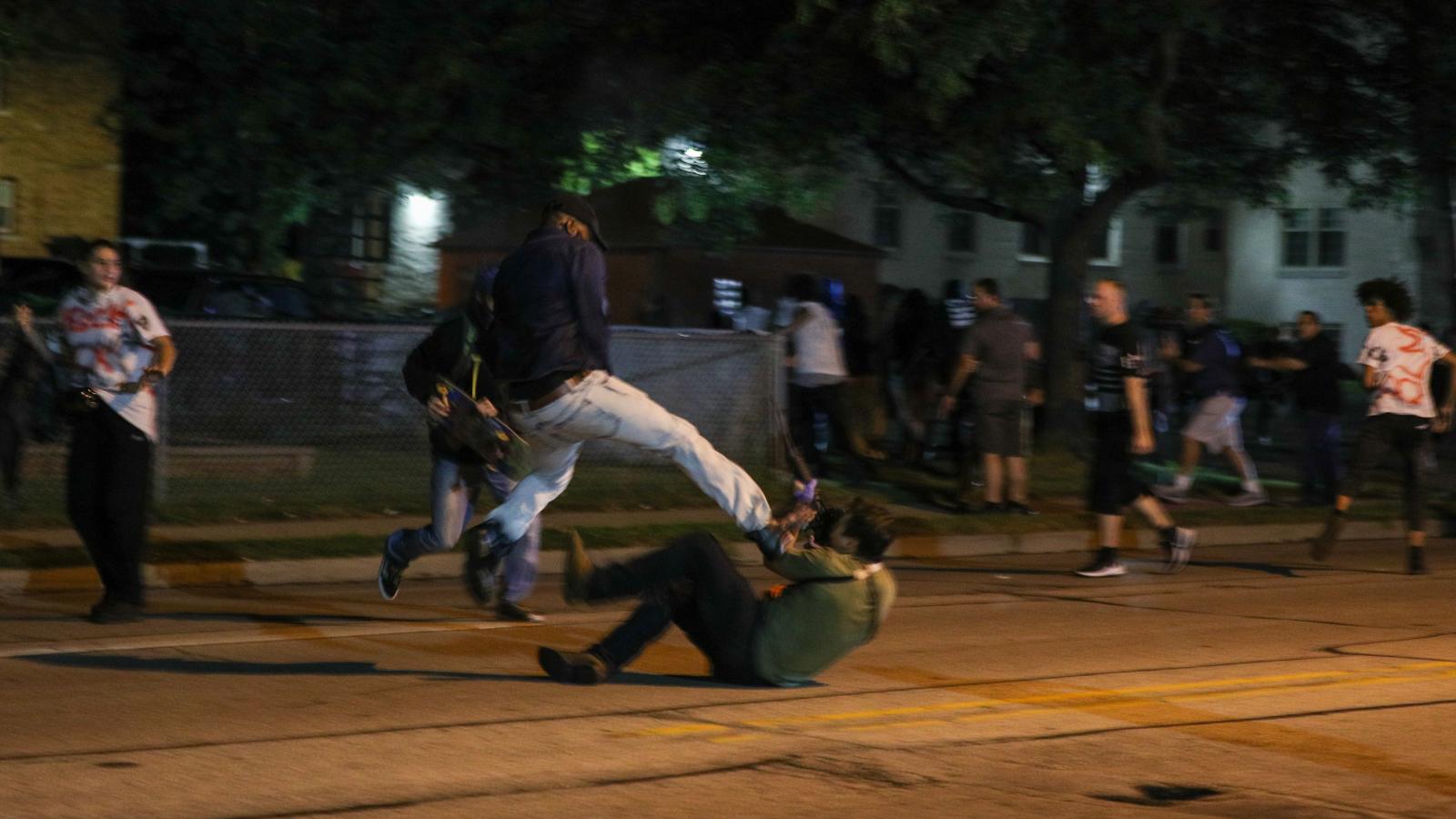 Kyle Rittenhouse (on ground), the teenager charged in the shooting deaths of two in Kenosha riots in August.
(Tayfun Coskun/Getty Images)
By Just the News staff

A Wisconsin judge has denied several motions by prosecutors who've charged teen Kyle Rittenhouse in connection with two fatal shootings during the summer 2020 social justice protests, including their plan to include photos of the teen posing with members of the Proud Boys.

Prosecutors want to depict Rittenhouse as a lawless and violent vigilante. So at the trial they want to use events before and after the shooting under the category of "other acts," according to CBS-58 News in Wisconsin.

The judge also dismissed a motion to include in the scheduled Nov. 1 trial information about the defendant meeting in Miami with leaders of the Proud Boys, a far-right group.

The defense argued the connection of such evidence to the focus of the trial is weak.

Rittenhouse, 17 at the time of the incident, travelled from Illinois to the Wisconsin city of Kenosha to protect businesses from rioters.

He fatally shot two people and wounded another during multiple confrontations. The men he fatally shot allegedly attacked him – one lunging for his gun and and other hitting him with a skateboard.

The man whom Rittenhouse wounded was allegedly holding a handgun. Rittenhouse's lawyers say he acted in self defense.

Another piece of evidence the prosecution wants to include is a video where Rittenhouse says he wishes he had a firearm to shoot people he suspected of looting a CVS store in Chicago. The video was taken 15 days before the shooting in Kenosha, the CBS-58 also reports.