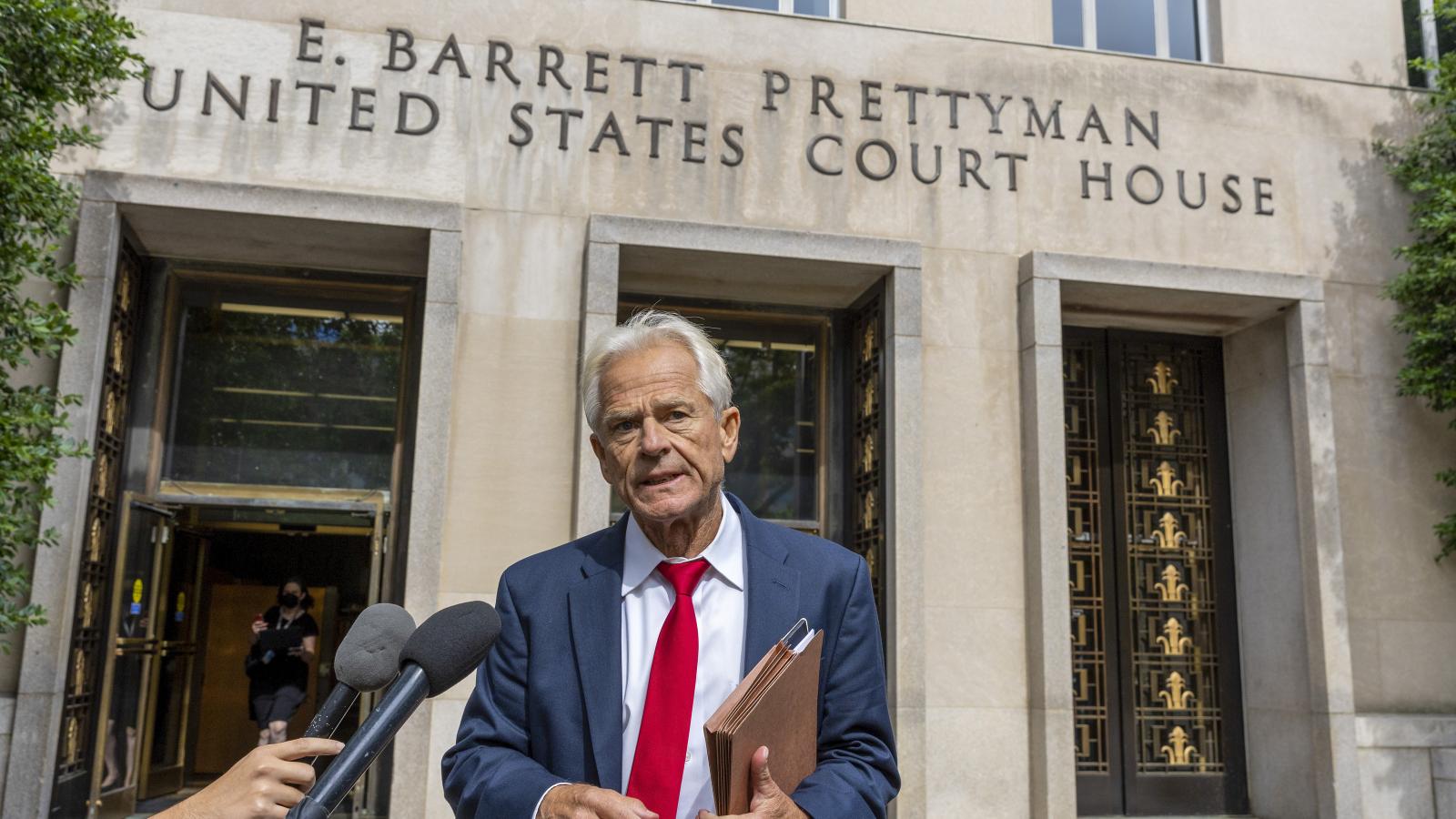 Peter Navarro talks to reporters after his hearing in federal court in Washington, D.C. on June 3, 2022.
Tasos Katopodis / Getty Images
By Aaron Kliegman

The federal judge overseeing the contempt of Congress case against Peter Navarro on Friday questioned the decision of prosecutors to publicly arrest the former Trump White House trade official rather than just summon him to court.

Just the News reported Wednesday on the growing outcry among legal experts against perceived Justice Department strong-arm tactics targeting skeptics of the 2020 presidential election outcome and other critics of the Biden administration.

An architect of Trump administration trade policy, Navarro produced in an unofficial capacity a three-part report questioning the "fairness and integrity" of the 2020 presidential election.

Navarro was publicly arrested by FBI agents at Reagan National Airport just outside Washington, D.C. last month on misdemeanor charges that he acted in contempt of Congress by defying a subpoena from House Democrats' committee investigating the Jan. 6 Capitol riot.

According to Navarro, federal agents put him in handcuffs, leg irons, strip-searched him, denied him a chance to call his lawyer, and deprived him of food and water. The Justice Department has said those claims are false.

"It is curious ... at a minimum why the government treated Mr. Navarro's arrest in the way it did," said Mehta. "It is a federal crime, but it is not a violent crime."

Mehta said it was baffling that prosecutors didn't simply tell Navarro he was going to be charged and let him walk into an FBI office.

"It is a surprise to me that self-surrender was not offered," said the judge, who didn't demand an explanation from prosecutors.

One of Navarro's lawyers, John Irving, a formal federal prosecutor, expressed concern about the conduct of the FBI and the Justice Department toward his client in a statement to Just the News."Why would you put a 72-year-old man with no criminal record in leg irons in a public arrest at an airport over a misdemeanor offense, especially when he literally lives across the street from the FBI headquarters building and had been in contact with an FBI agent two days earlier to be cooperative?" asked Irving. "This obviously is the kind of case where a defendant would be allowed to voluntarily surrender in court, rather than being the object of a public spectacle."