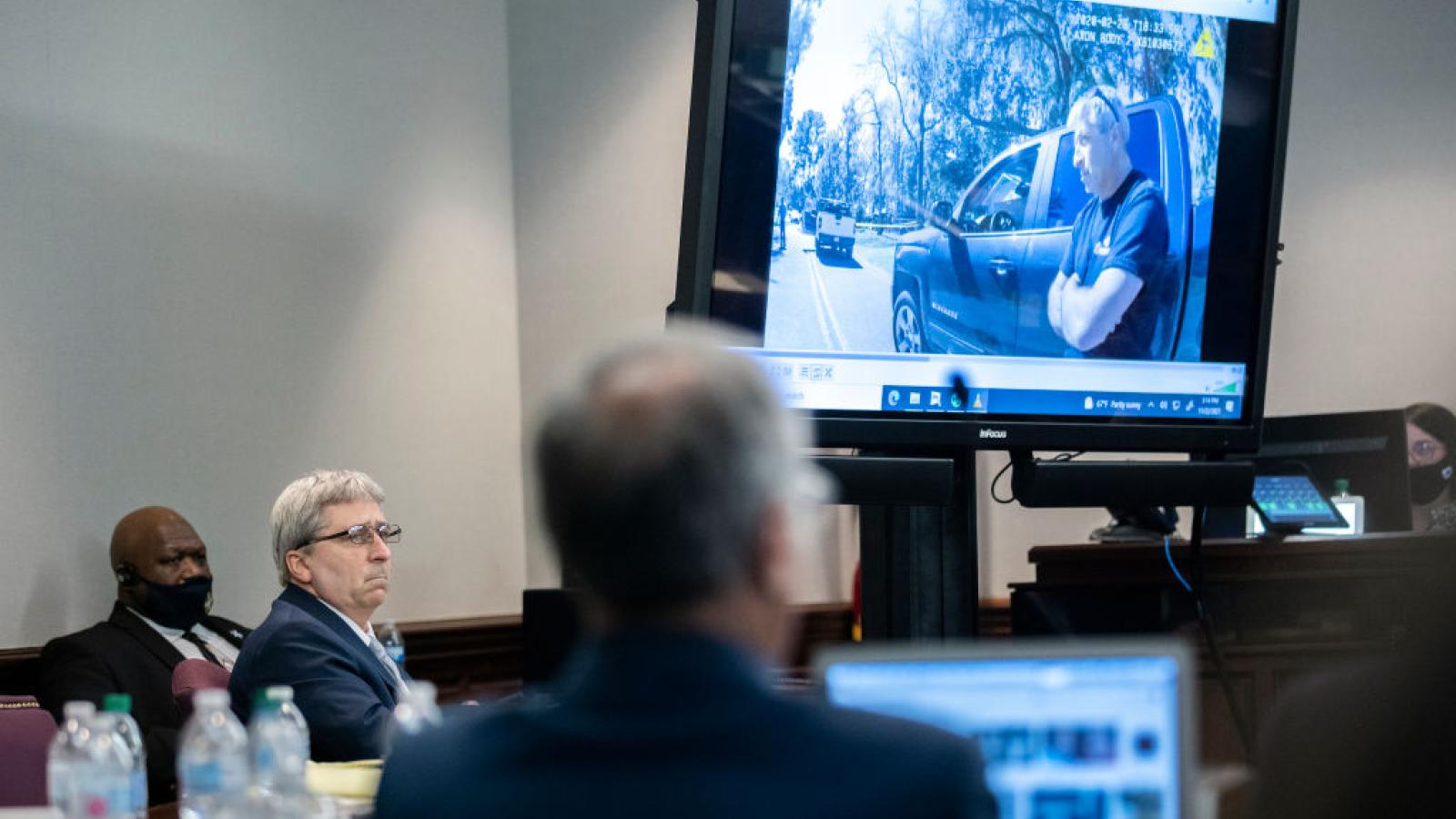 A jury on Wednesday in Georgia in the murder trial for Ahmaud Arbery found all three defendants guilty of murder.

The defendants were Travis McMichael, 35, who fatally shot Arbery and was guilty on all charges, Travis' father, 65-year-old Gregory McMichael, and William Bryant, who recorded the cellphone video that showed the killing of Arbery.

The jury reached its decision after more than 10 hours of deliberations following a trial in which prosecutors argued that the defendants provoked a confrontation with Arbery and defense attorneys said their clients were acting in self-defense, according to the Associated Press.

Greg and Travis McMichael grabbed guns and jumped in a pickup truck to pursue the 25-year-old Arbery, a black man, after seeing him running in their neighborhood outside the Georgia port city of Brunswick in February 2020.

Their neighbor William "Roddie" Bryan joined the pursuit in his own pickup and recorded the cellphone video.

Defense attorneys said that their clients were attempting a legal citizen's arrest when they set off after Arbery, seeking to detain and question him as a suspected burglar after he was seen running from a nearby home under construction.

Travis McMichael testified that he shot Arbery in self-defense, saying the running man turned and attacked with his fists while running past the idling truck where he stood with his shotgun.

Prosecutors said there was no evidence Arbery had committed crimes in the defendants' neighborhood, the wire service also reports.