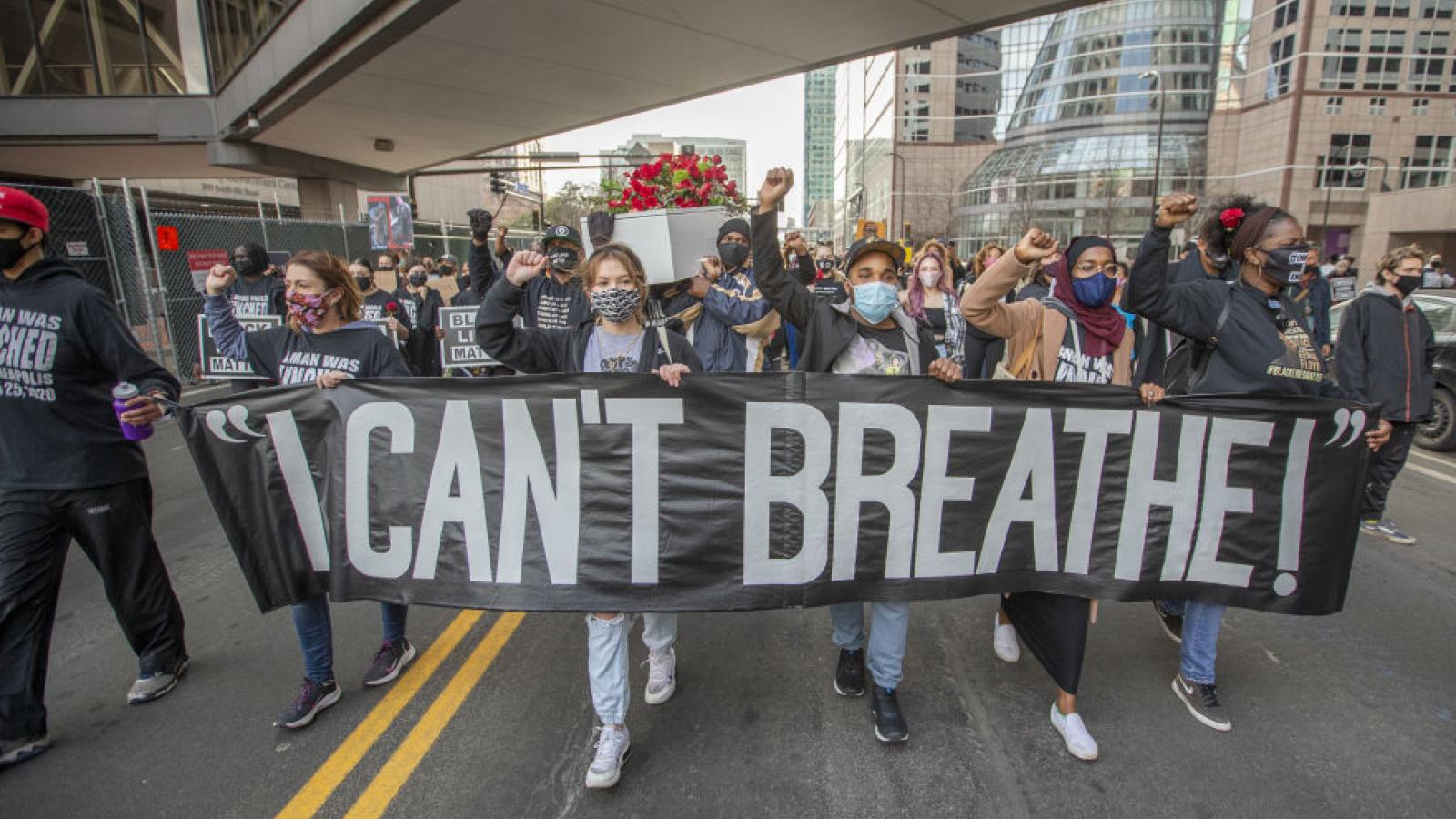 Hundreds of protesters filled Minneapolis streets Monday for the first day of the trial for last year's killing of George Floyd while in police custody.

The trial begins with jury selection for Derek Chauvin, the ex-Minneapolis police officer charged with second-degree murder and second-degree manslaughter in connection with Floyd's death while in police custody May 25, 2020.

The viral video of Chavin kneeling on the neck of Floyd for nine minutes sparked a summer of protests over police brutality toward black males. Chauvin was held in a maximum security prison until October 2020 when he met his $1 million bond.

Extra security, including the activation of National Guard, has been added to help with large crowds and possible unrest.

"There’s going to be very high emotion on all sides of this, and we’ll be prepared," Minnesota Gov. Tim Walz said.

Protesters began gather Sunday outside the Hennepin County Government Center where the trial will take place. The so-fa peaceful gatherers include more called for racial justice and an end to police brutality. Protesters have also brought with them a white coffin display draped with flowers.

Opening statements in the trial won't start until the end of March. According to WCCO, the jury selection process will take at least three weeks as juror candidates are evaluated extensively to chose those who have not already made decisive opinions on the case.