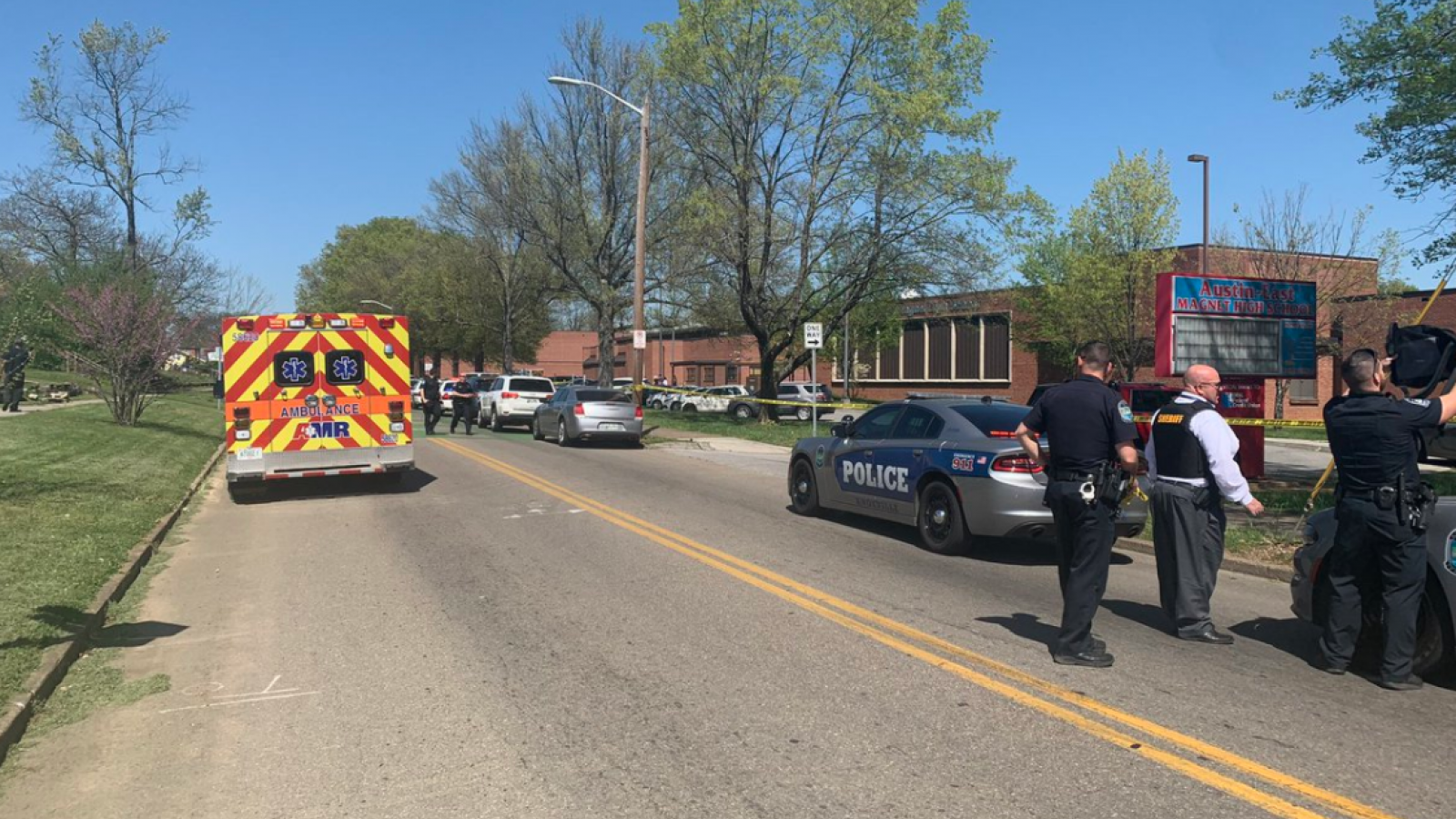 One person was killed and a police officer wounded during a shooting Monday at a high school in Tennessee, authorities say.

The incident occurred at about 4 p.m. eastern time at the Austin-East Magnet High School in Knoxville.

Police arriving at the scene in response to a report of an armed person, and "shot were fired" when officers approached him, according to NBC News.

The shooter was killed and the officer sustained non-life- threatening injuries.

Authorities said a second person was detained for further investigation, NBC also reports. However, none of those involved has so far been identified.

Bob Thomas, Knoxville Schools superintendent, tweeted as the incident was occurring: "Knox County Schools is responding to a shooting that occurred this afternoon at Austin-East Magnet High School. We are gathering information about this tragic situation and will provide additional information as soon as possible."