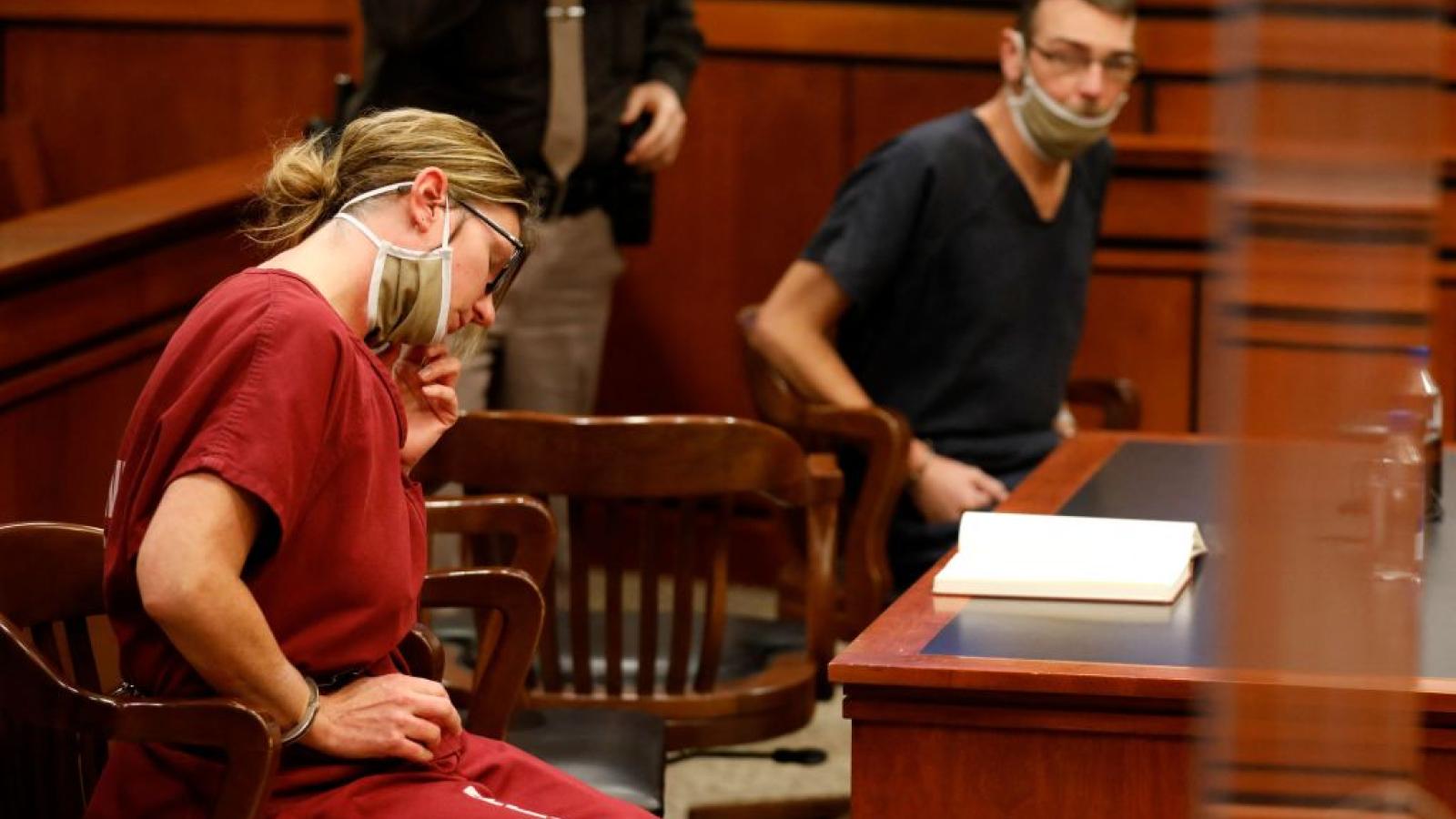 Their 15-year-old son is being held on charges including murder for allegedly shooting and killing four classmates and injuring seven others. His parents allegedly made the the gun accessible to their son and declined to take him home from Oxford High School earlier on the day of the shooting after despite being confronted by school counselors with distressing and violent images drawn by the teenager.

The couple's defense attorneys, Shannon Smith and Mariell Lehman, said in a court filing that the last thing the Crumbleys were expecting was "that a school shooting would take place, or that their son would be responsible."

Prosecutors have objected to the lowering of the Crumbleys' bond on the grounds that the parents went missing on the day charges were announced. They were found miles away from their home in a Detroit art studio claiming they had planned to appear in court on Dec 4. Prosecutors say the couple "will flee if they get the opportunity."

Also on Friday, their son appeared virtually in court, where he waived his right to a preliminary exam. He has been charged as an adult with a number of crimes including murder.

Oxford High students are scheduled to return to in-person classes next week for the first time since the shooting, though they will temporarily be located in a different building.