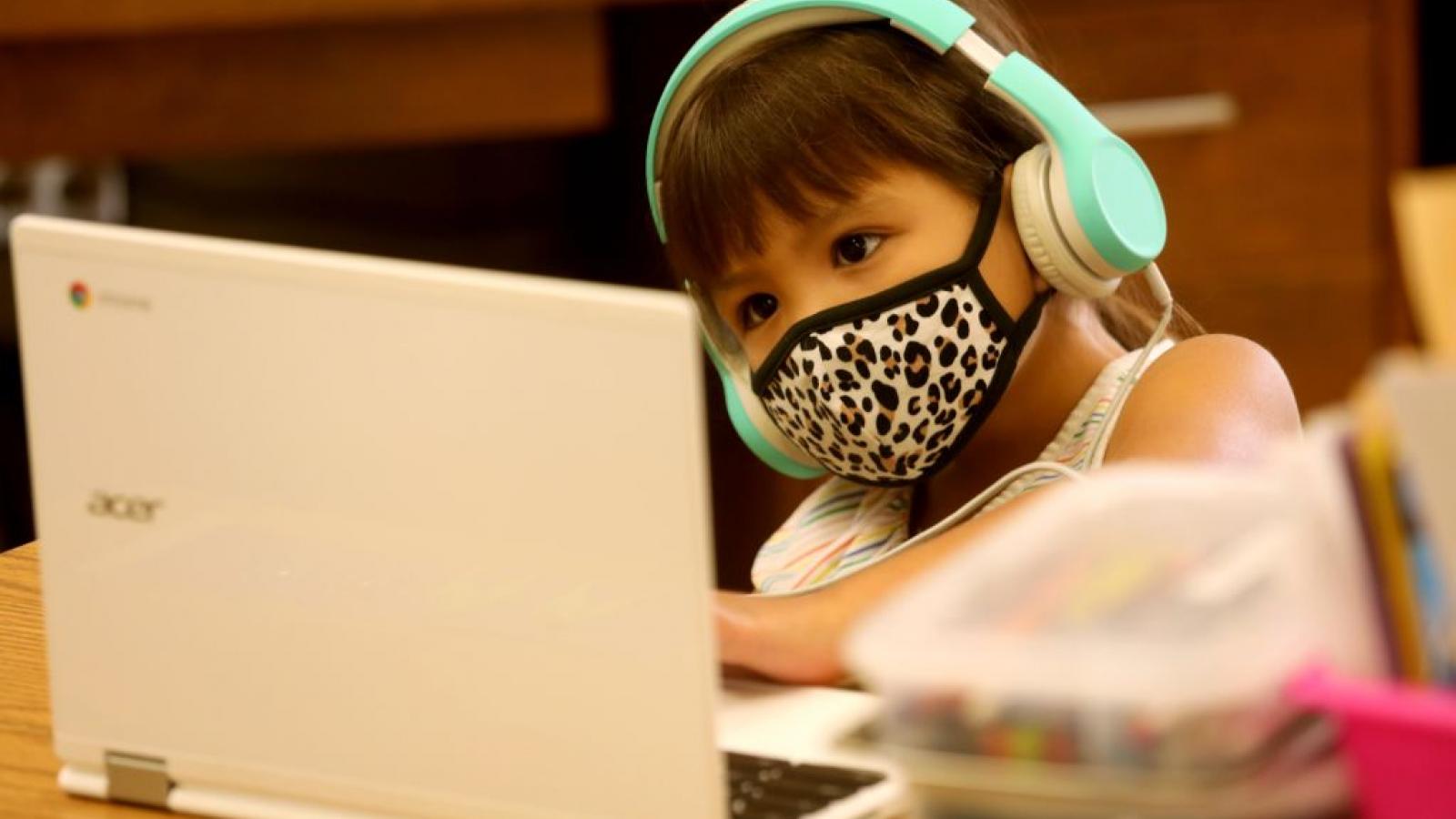 A student participates in a Zoom lesson from a classroom.
(Genaro Molina / Los Angeles Times via Getty Images)
By Colton Salaz

A Pennsylvania court on Wednesday struck down a mask requirement being utilized in public schools.

According to Epoch Times, Pennsylvania’s Commonwealth Court ruled that state Health Secretary Alison Beam did not have the authority to issue a statewide mask mandate for schools, thus overturning the mandate.

Beam issued the mandate at the end of August, but the justices in a 4-1 decision overturned the order.

“Pennsylvania Department of Health “does not have carte blanche authority to impose whatever disease control measures the Department of Health sees fit to implement without regard for the procedures for promulgating rules and regulations, expedited or otherwise,” wrote Judge Christine Cannon for the majority. “In the absence of a declared emergency… the Governor and the executive agencies of the Commonwealth must follow the prescribed procedures for rulemaking,” she concluded.

The ruling was lauded by Pennsylvania Senate President Pro Tempore Jake Corman, a Republican who challenged the mandate.

“Today’s ruling validates what we have said all along—mask decisions should be made by parents and school boards, NOT unelected bureaucrats," Corman said in a joint statement with state Senate Majority Leader Kim Ward. "A blanket mandate does not address the unique needs and circumstances of individual communities, and it takes power away from the people who are in the best position to protect our kids."

Phil Kline of the Amistad Project, which represented the plaintiffs in the case, applauded the court's decision while criticizing the state government for imposing the mandate in the first place.

"State officials issued this order unilaterally, bypassing the normal democratic process. The court found that this is an improper action by the executive branch assuming powers that are not theirs," Kline said in a statement. "This is another demonstration that the best decisions regarding education and children are made by parents, working with local school districts, not distant executives assuming unauthorized power."