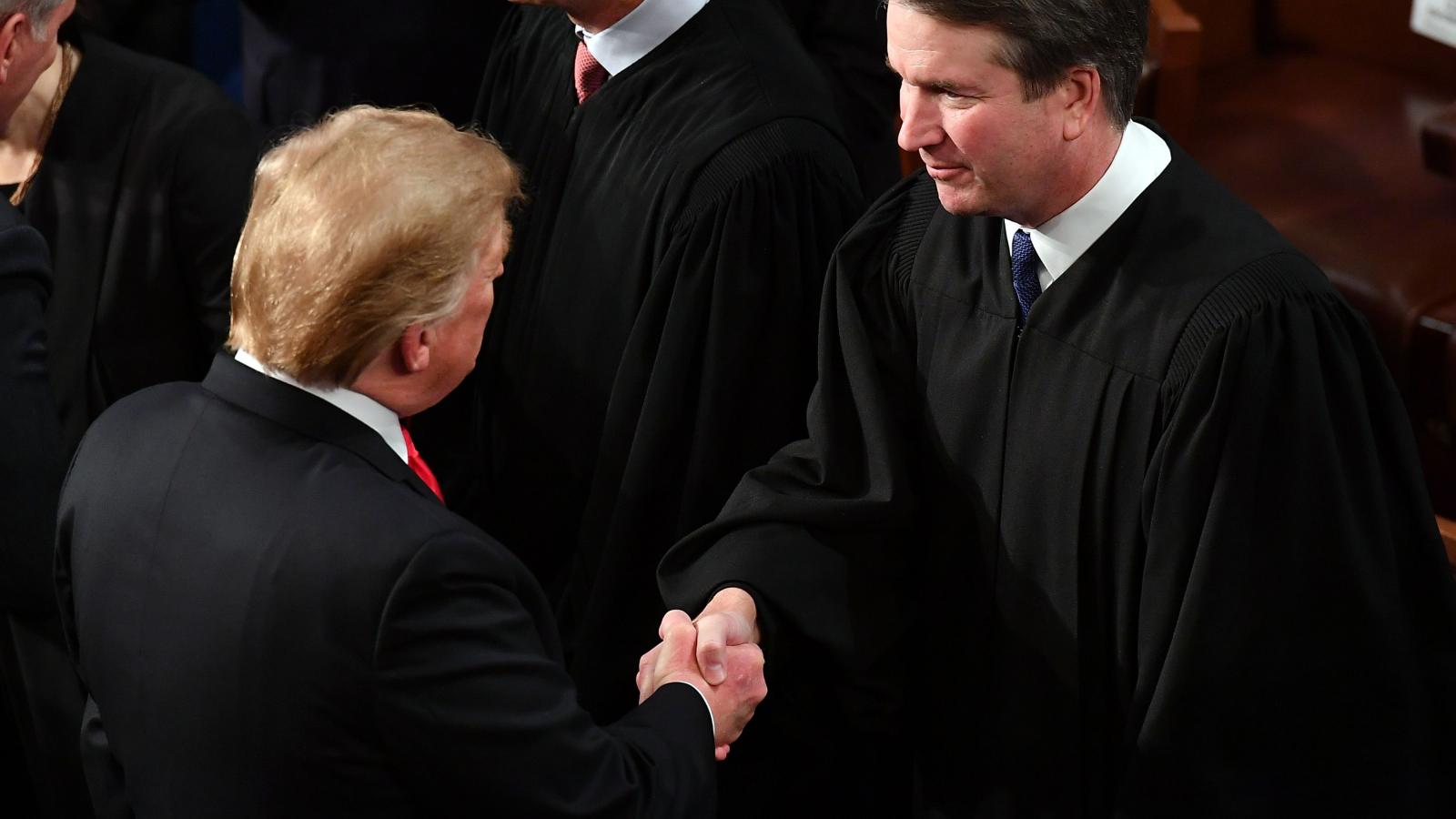 Kavanaugh has been the target of abortion rights protesters since a news report in early May that he expected to join other conservative-leaning justices on the high court in overturning the decades-old court case Roe v. Wade that provided a constitutional right to abortion. The court's conservative majority on June 24 struck down Roe.

Kavanaugh was dining at Morton’s downtown D.C. location when protesters arrive outside of the steakhouse and called the manager to tell him to kick out the judge, according to Politico.

The group ShutDownDC later tweeted that Kavanaugh and his security detail was forced to leave from the back of the restaurant.

The court has no official comment. A person familiar with the situation said Kavanaugh neither heard nor saw protesters, ate a full meal and left before dessert.

A Morton's representative told Politico: "Honorable Supreme Court Justice Kavanaugh and all of our other patrons at the restaurant were unduly harassed by unruly protestors while eating dinner at our Morton’s restaurant.

"Politics, regardless of your side or views, should not trample the freedom at play of the right to congregate and eat dinner. There is a time and place for everything. Disturbing the dinner of all of our customers was an act of selfishness and void of decency."