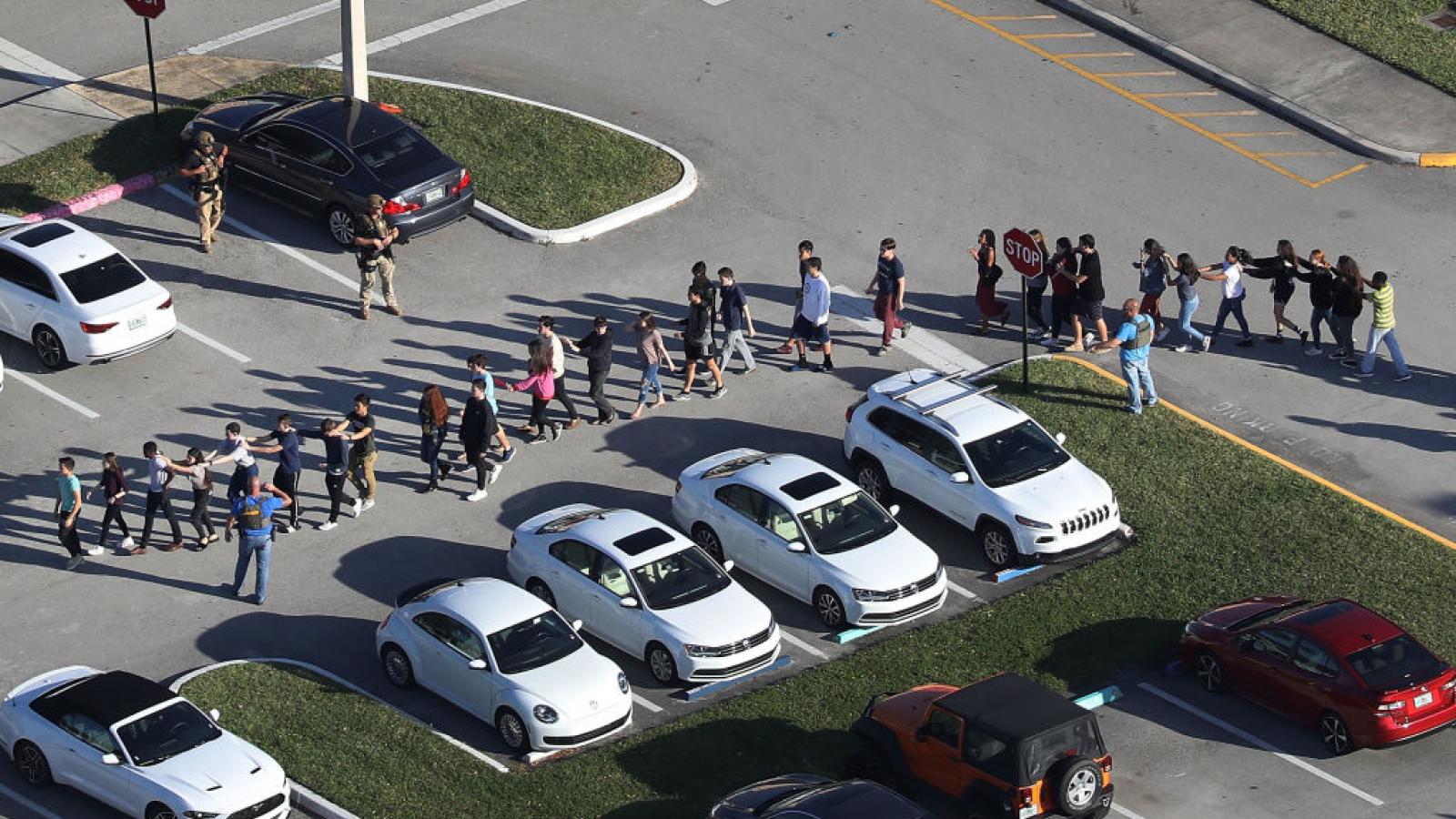 Student outside the Parkland, Florida, high school a which a mass shooting occurred
(Joe Raedle/Getty Images)
By Just the News staff

The gunman who killed 14 students and three staff members in 2018 at a Parkland, Florida, high school will plead guilty to their murders, his attorneys said Friday.

The guilty plea by Nikolas Cruz, now 23, starts the case's sentencing phase in which he will face the death penalty and likely ask for life without parole, according to the Associated Press.

The trial has been delayed by the pandemic and arguments between the prosecution and defense over what evidence and testimony could be presented to the jury, the wire service also reports.

Cruz was a longtime but troubled resident of Parkland, near Fort Lauderdale.

Broward County sheriff's deputies were frequently called to his home but have said nothing was ever reported that could have led to his arrest. A state commission that investigated the shooting agreed.

Cruz attended Stoneman Douglas starting in 10th grade but was expelled about a year before the attack – after numerous incidents of unusual behavior and at least one fight. He began posting videos online in which he threatened to commit at the school and elsewhere. At about that time, he bought the AR-15 semiautomatic rifle he would use in the shooting, also according to the Associated Press.