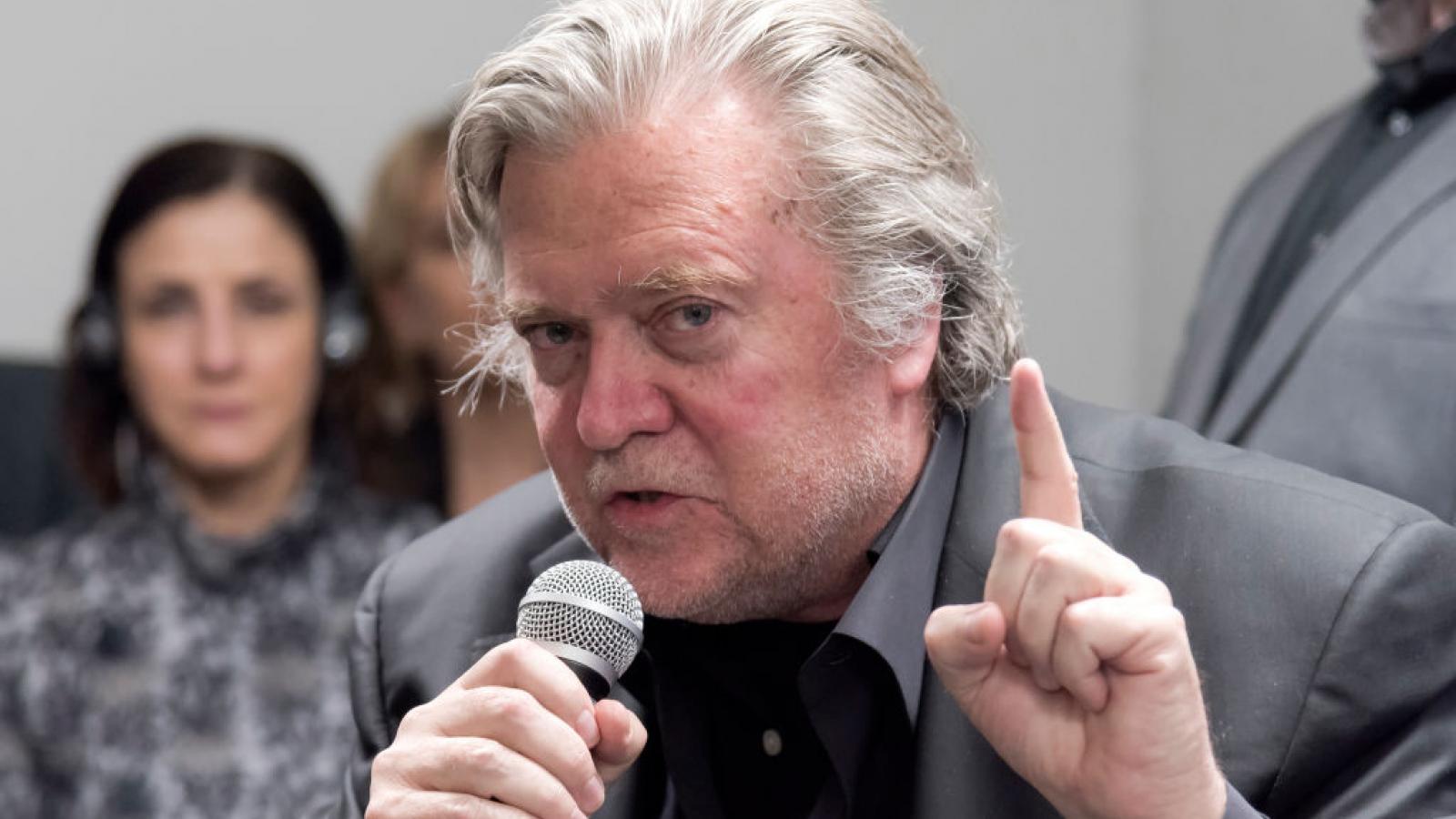 Steve Bannon is pushing for documents related to his current contempt-of-Congress case to be released publicly, according to a new report.

The 67-year-old former Trump adviser's attorneys have filed an opposition to the U.S. district court's protective order for discovery, which would prevent both the defense and the prosecution from releasing evidence or documents to the public.

"In the opposition filed today, Mr. Bannon asked the judge to follow the normal process and allow unfettered access to and use of the documents," said a statement given to the Washington Post on behalf of Bannon. "Members of the public should make their own independent judgment as to whether the U.S. Department of Justice is committed to a just result based upon all the facts."

Bannon was indicted Nov. 12 by a federal grand jury on two counts of contempt of Congress for failing to appear before the House select committee investigating the Jan. 6 Capitol breach for an Oct. 14 deposition and failing to provide documents requested by the panel. Last week, he pleaded not guilty to the charges.

Members of the panel were interested in questioning Bannon about his activities in Washington D.C. during the week leading up to Jan. 6.

Lawyers for Bannon said the government has not offered any compelling reason as to why the documents being used in his case should be withheld from public view. "The Government offered no reason why it wanted to limit Mr. Bannon's attorneys in their use of the documents to prepare a defense," they told the Post.

In front of the federal courthouse before pleading not guilty, Bannon said his case would be fought publicly on behalf of every American who "likes freedom of speech and liberty."

"Not just Trump people and not just conservatives — every progressive, every liberal in this country that likes freedom of speech and liberty should be fighting for this case. That's why I'm here today: for everybody. I'm never going to back down."