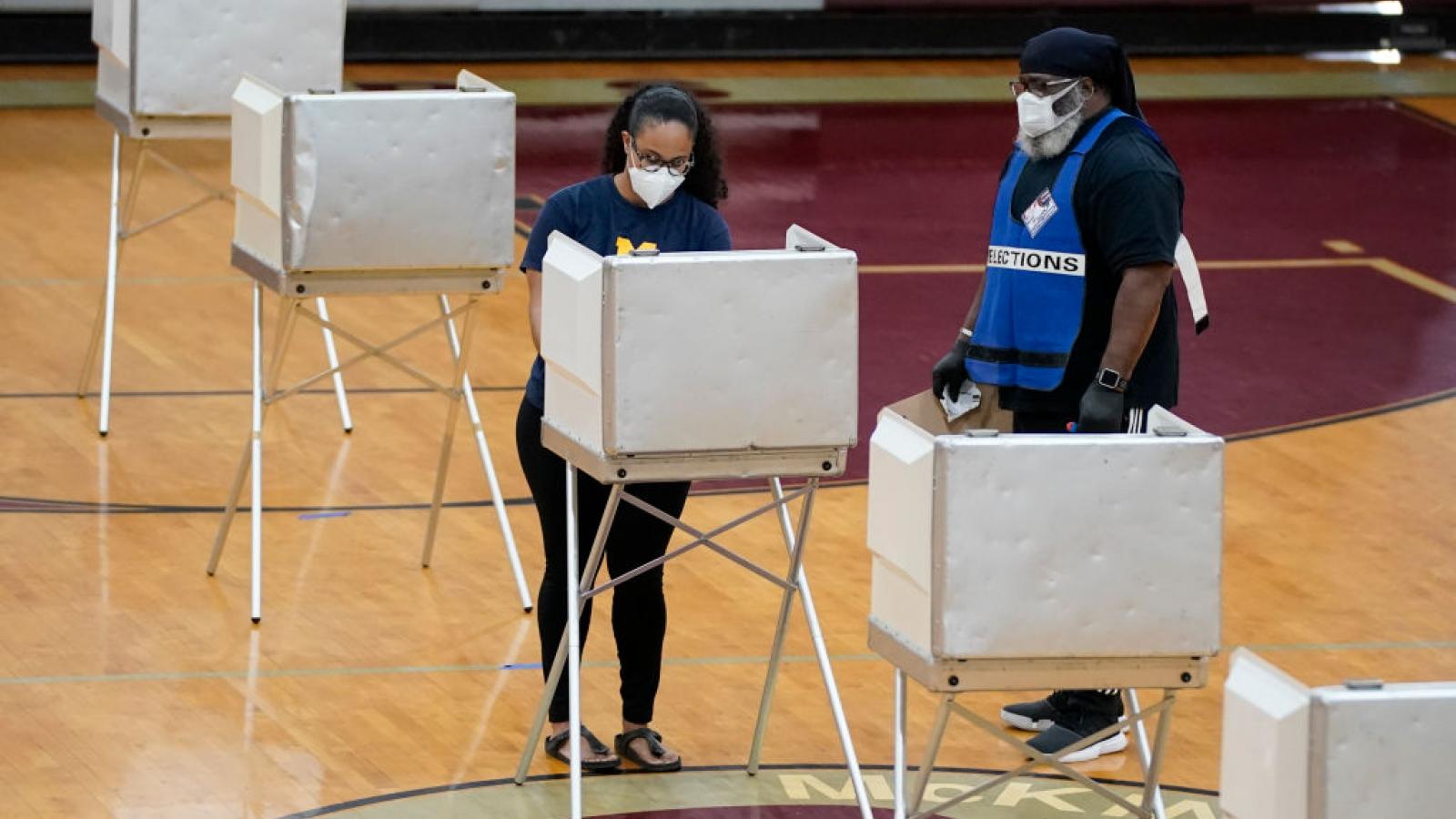 A voter in Tuesday's primary in Washington, D.C.
(Drew Angerer/Getty)
By Madeleine Hubbard

The U.S. Supreme Court on Monday denied requests from Republicans in Pennsylvania and North Carolina challenging court-drawn congressional maps, in a ruling that could help Democrats ahead of the 2022 midterm elections.

The court ruled 6-3 with Justices Samuel Alito, Clarence Thomas and Neil Gorsuch dissenting, to turn away the emergency request from North Carolina GOP lawmakers to use maps seen as more favorable to their party, CNN reported.

The map drawn by North Carolina state judges "would likely give Democrats at least another seat in Congress next year," according to the outlet.

The court also rejected a request from six Pennsylvania lawmakers to freeze a commonwealth court ruling that put new maps in place and changed the state's primary calendar. No justices were noted as dissenting from the order, CNN stated.