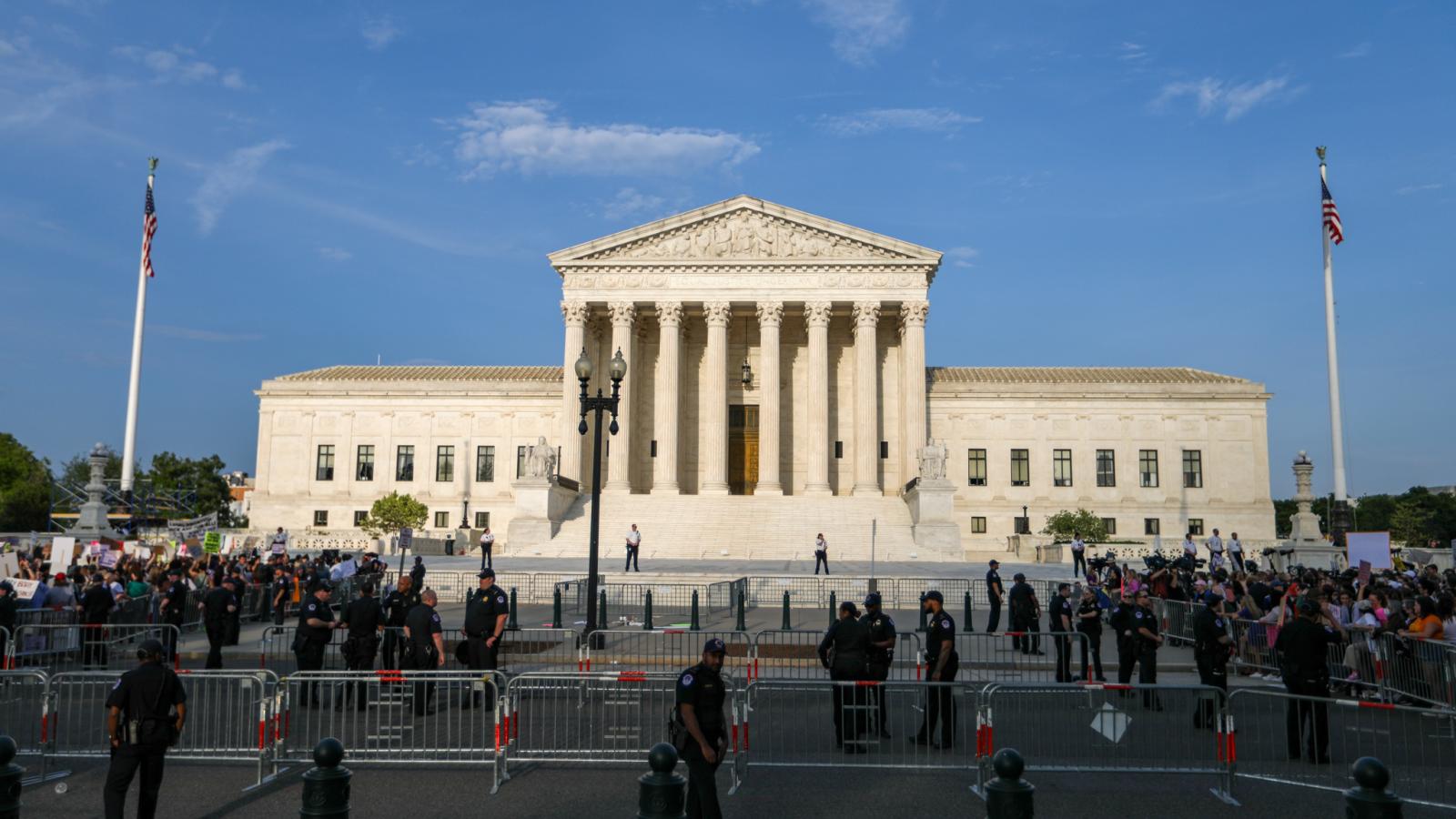 The nine justices of the Supreme Court will convene Thursday for a scheduled meeting, their first since the leak of the draft opinion indicating the court may overturn Roe v. Wade.

The meeting is scheduled to take place in the justices' private, wood-paneled conference room. No one aside from the justices attends the weekly conference, and the most junior among them, Justice Amy Coney Barrett, is tasked with note taking.

At the meeting, the justices typically choose cases to hear in the coming months, as well as discuss and finalize opinions in cases that have been argued before them.

Several former law clerks told the Associated Press they believe the leak will be brought up at Thursday's meeting.

Last week, Chief Justice John Roberts confirmed the authenticity of the draft opinion by Justice Samuel Alito but emphasized that no decision is final until the court issues a ruling.

Historically, votes have sometimes changed between the initial voting and the official announcement of a decision.

In 1992, when Planned Parenthood v. Casey was brought before the court, Justice Anthony Kennedy indicated that he would vote to overturn Roe. Later, he quietly switched his vote and became one of five justices in the majority that affirmed Roe.

It remains unclear who leaked the draft opinion, and for what reason. Following the unprecedented leak, Roberts issued a call for an investigation into the occurrence.