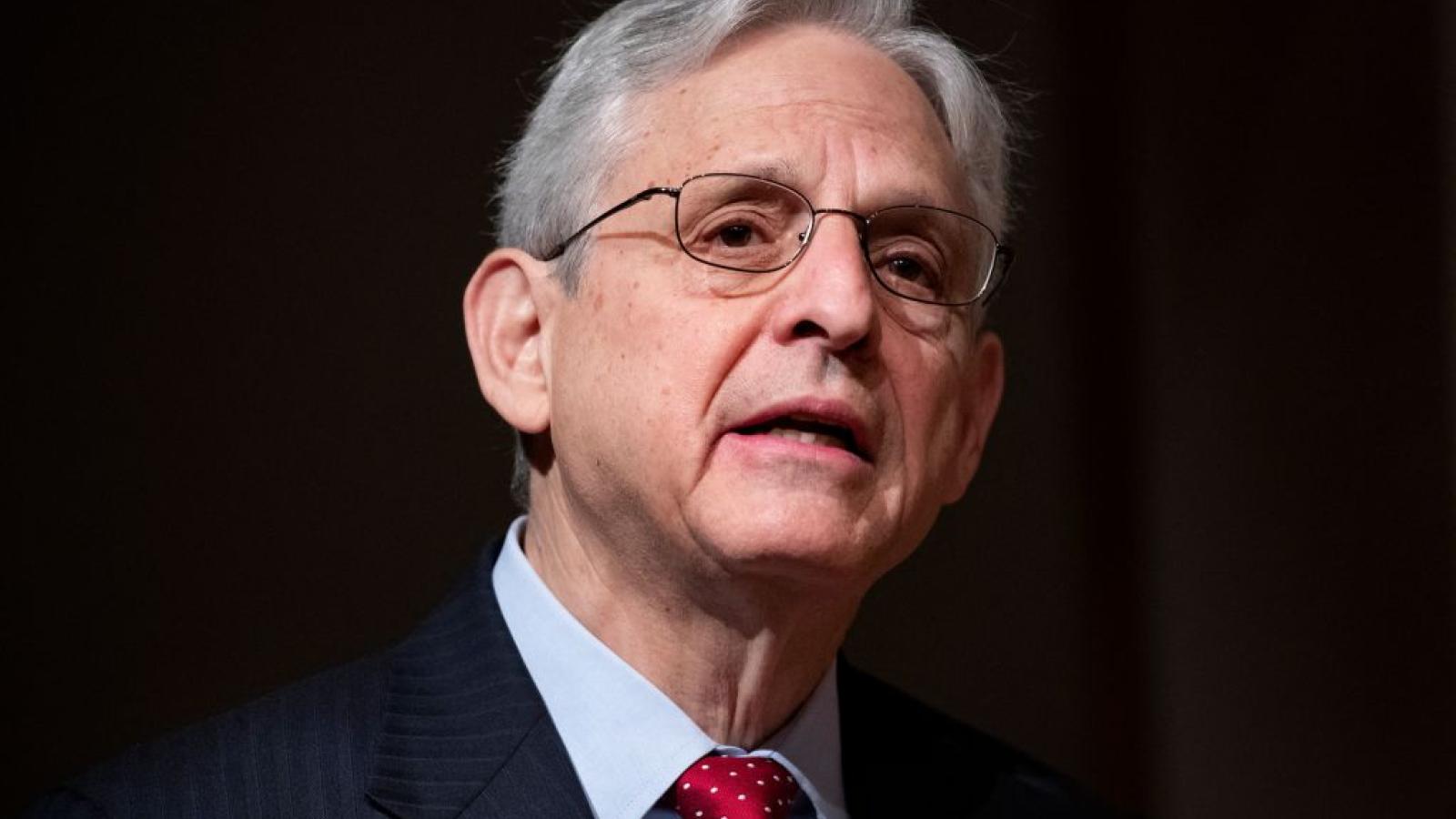 The Justice Department has updated its use-of-force policy to require that federal agents intervene when they witness other law enforcement officials using excessive force.

The policy is reflected in a memo circulated Friday from Attorney General Merrick Garland.

"Officers will be trained in, and must recognize and act upon, the affirmative duty to intervene to prevent or stop, as appropriate, any officer from engaging in excessive force or any other use of force that violates the Constitution, other federal laws, or Department policies on the reasonable use of force," the policy memo reads.

The memo was addressed to the leaders of the FBI, Bureau of of Alcohol, Tobacco, Firearms and Explosives, the Drug Enforcement Administration, the U.S. Marshals Service, and the Bureau of Prisons — all under the Justice Department — in an effort to ensure that official policies of those agencies are in line with the official training and practices of federal law enforcement.

It does not require state and local policy to comply with the standard.

"Officers will be trained in, and must recognize and act upon, the affirmative duty to request and/or render medical aid, as appropriate, where needed," it reads.

The policy additionally spells out that lethal force should not be applied "against persons whose actions are a threat solely to themselves or property unless an individual poses an imminent danger of death or serious physical injury to the officer or others in close proximity."

Garland's memo provides an update to the federal use-of-force policy that was last officially addressed in 2004.

The earlier version provides a baseline standard that officials "may use deadly force only when necessary, that is, when the officer has a reasonable belief that the subject of such force poses an imminent danger of death or serious physical injury to the officer or to another person."

The new version, by comparison, expands on the values of the agency.

"It is the policy of the Department of Justice to value and preserve human life," it reads. "Officers may use only the force that is objectively reasonable to effectively gain control of an incident, while protecting the safety of the officer and others ...

"Officers may use force only when no reasonably effective, safe, and feasible alternative appears to exist and may use only the level of force that a reasonable officer on the scene would use under the same or similar circumstances."

The memo arrived shortly before the two-year anniversary Wednesday of the death of George Floyd at the hands of Minneapolis law enforcement officials. The policy will go into effect on July 19.