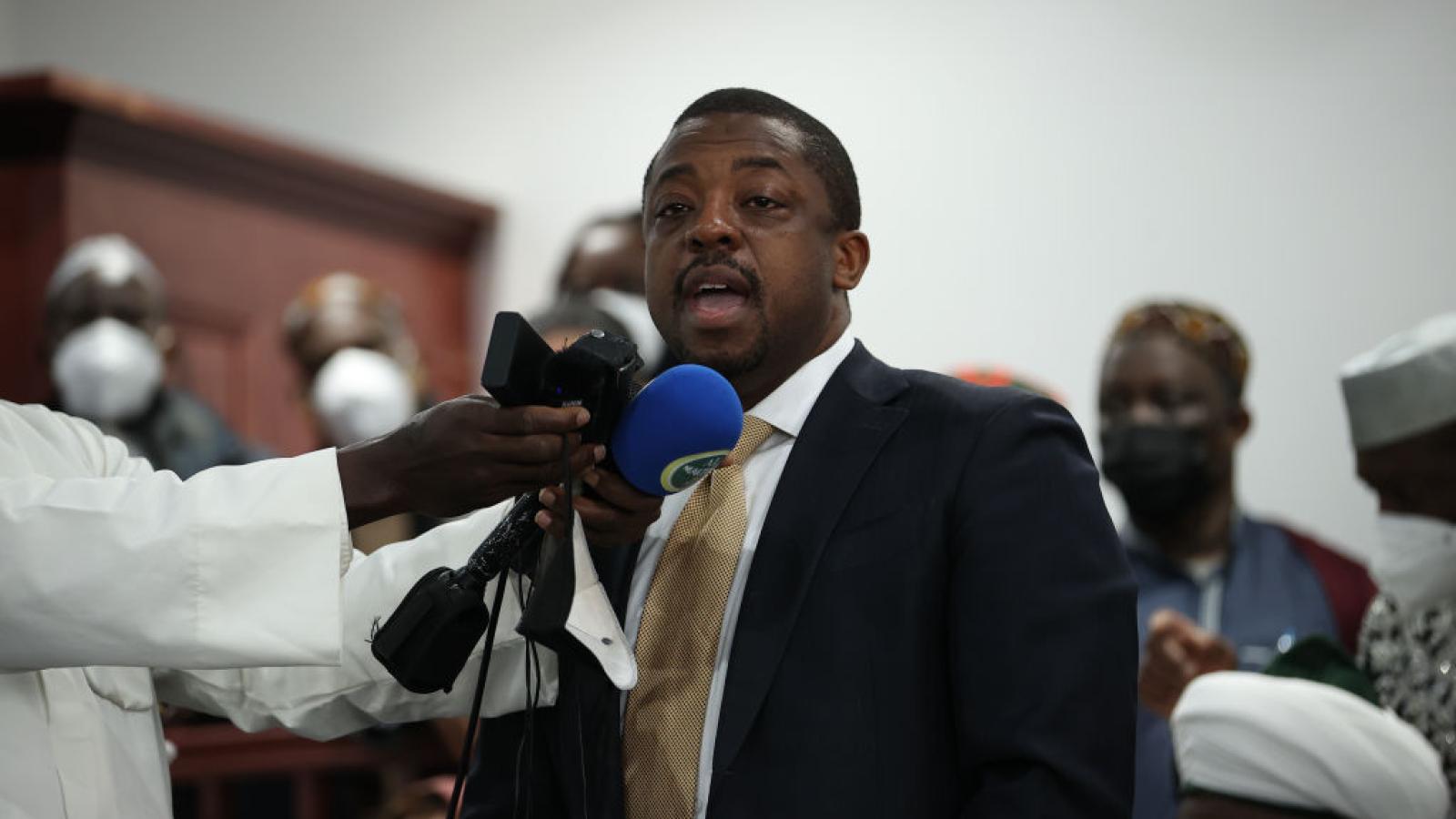 The U.S. Attorney for the Southern District of New York Damian Williams on Tuesday formally announced charges against Lt. Gov. Brian Benjamin, who was indicted Tuesday morning in connection with an alleged bribery scheme.

The Democrat lieutenant governor knowingly engaged in a campaign finance scheme that involved campaign kickbacks in exchange for taxpayer dollars, according to the indictment.

Williams told a room of reporters there was evidence of "repeated lies" from Benjamin as he attempted to cover up his alleged bribery scheme.

"This is a simple story of corruption," Williams said. "Taxpayer money for campaign contributions. Quid pro quo. This for that. That's bribery, plain and simple."

Williams also thanked the career attorneys in his office, as well as his office's partners at the FBI for their assistance with the investigation.

Benjamin's arrest comes after reports that Manhattan federal prosecutors and the FBI were investigating whether he knowingly engaged in a campaign finance fraud scheme. He reportedly turned himself into authorities on Tuesday morning.

The investigators also looked into whether Benjamin helped give state money to contributors and/or their projects as part of the alleged fraud.

The offices for Benjamin and Democratic Gov. Kathy Hochul's office have not yet responded to requests for comment.

The indictment states that Benjamin's alleged fraudulent scheme occurred from 2019 to 2021 when he agreed to accept campaign contributions from an unnamed Harlem-based real estate developer in exchange for a $50,000 state grant for a nonprofit organization run by the developer.

"In doing so, Benjamin abused his authority as a New York State senator, engaging in a bribery scheme using public funds for his own corrupt purposes," reads the indictment.

The indictment continues that the now lieutenant governor "engaged in a series of lies and deceptions to cover up his scheme" by allegedly falsifying campaign donor forms and providing false information on vetting forms during his consideration for his current position.

Benjamin served as a state senator prior to being appointed by by Gov. Kathy Hochul, also a Democrat.

"The corruption in the Hochul administration is showing," said Stefanik, the House's No. 3 Republican. "Just last week, Hochul chose to turn a blind eye to Benjamin’s criminal activity and stood by her handpicked choice for lieutenant governor among serious allegations of bribery and corruption.

Benjamin is the Democratic Party's endorsed candidate for the 2022 gubernatorial primary and cannot be removed from the ballot.