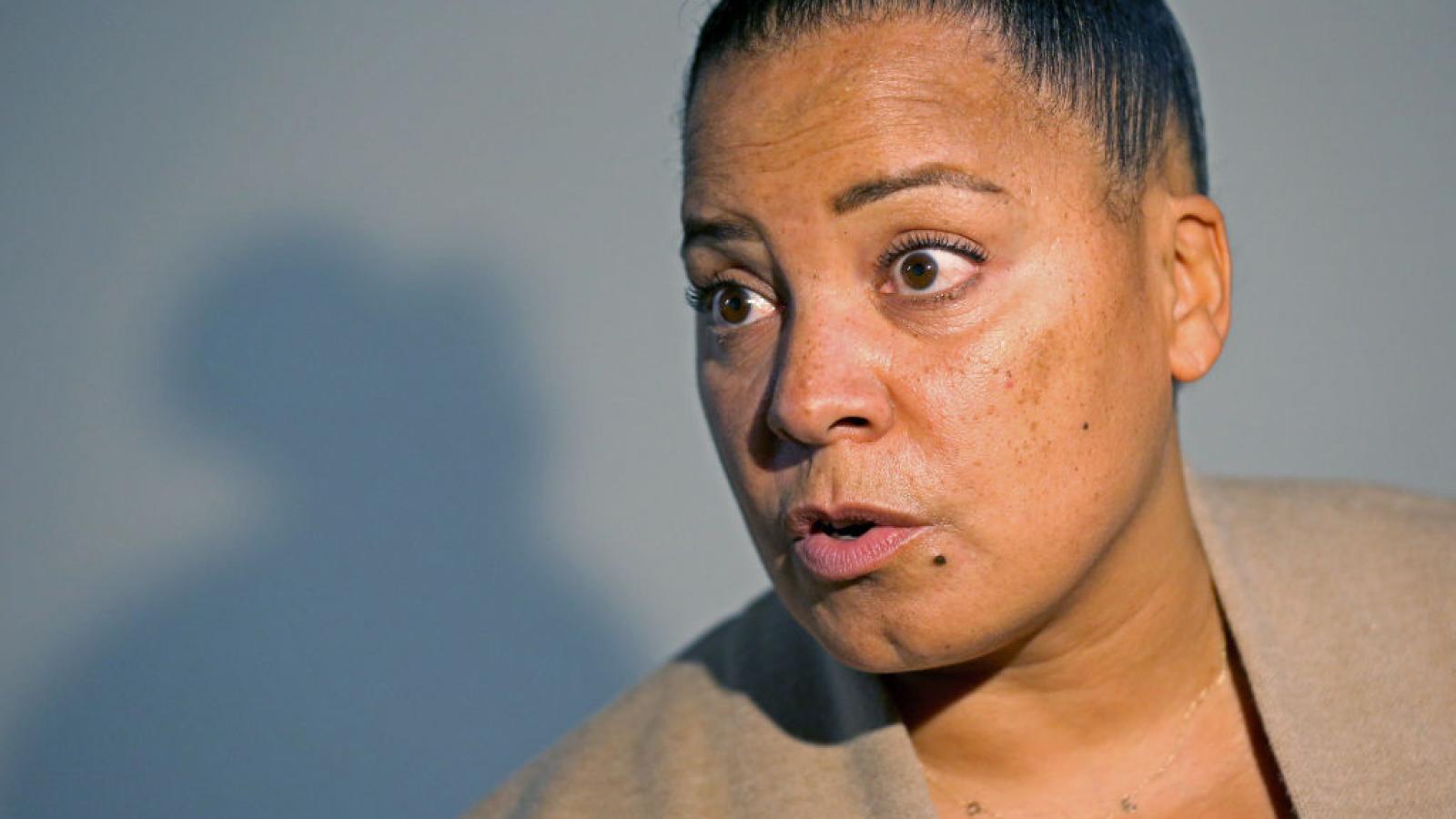 A video has resurfaced of newly confirmed U.S. attorney for Massachusetts Rachael Rollins having a meltdown in front of TV crew that tried to ask her about an alleged road rage incident.

The alleged road rage incident occurred on Christmas Eve 2020 when Rollins confronted a female motorist at a shopping center after she attempted to merge in front of Rollins when exiting the parking lot.

When the crew later went to Rollins home, she accused them of attempting to intimidate her.

"So the rantings of a white woman gets you here and scares my children?" she said. "Get off our private property, and I swear to God, I'm dead serious. I will find your name."

She demanded to know how the crew found out where she lived, to which they responded that it is a matter of public record. Rollins' house and children were not at any point shown on camera.

"So as a black woman, in this moment in this country, you're going to put my f—ing house on screen?" she asked.

A producer responded: "We're just here approaching you to ask you a question."

Rollins continued telling the crew to "get away."

She also said, "If I get hurt or harmed because of this, you are on the record for that, or my kids are f—ing killed," eventually threatening to call the police.

Rollins, who was nominated to become the state's top prosecutor in July, was confirmed by a 50-50 vote in the Senate this week, with Vice President Kamala Harris acting as the tiebreaker.

Republicans believe she is soft on crime and like other liberal prosecutors across the country declines to prosecute nonviolent, low-level offenses.

Senate Minority Leader Mitch McConnell (R-Ky.) spoke out against Rollins on Wednesday, saying on the chamber floor that she has "spent a year in her current job as a DA pushing the idea that the state should wipe entire categories of crimes off the lists of things worth prosecuting ... This soft-on-crime advocacy should have earned the nominee a pink slip. Instead, President Biden is giving her a promotion."