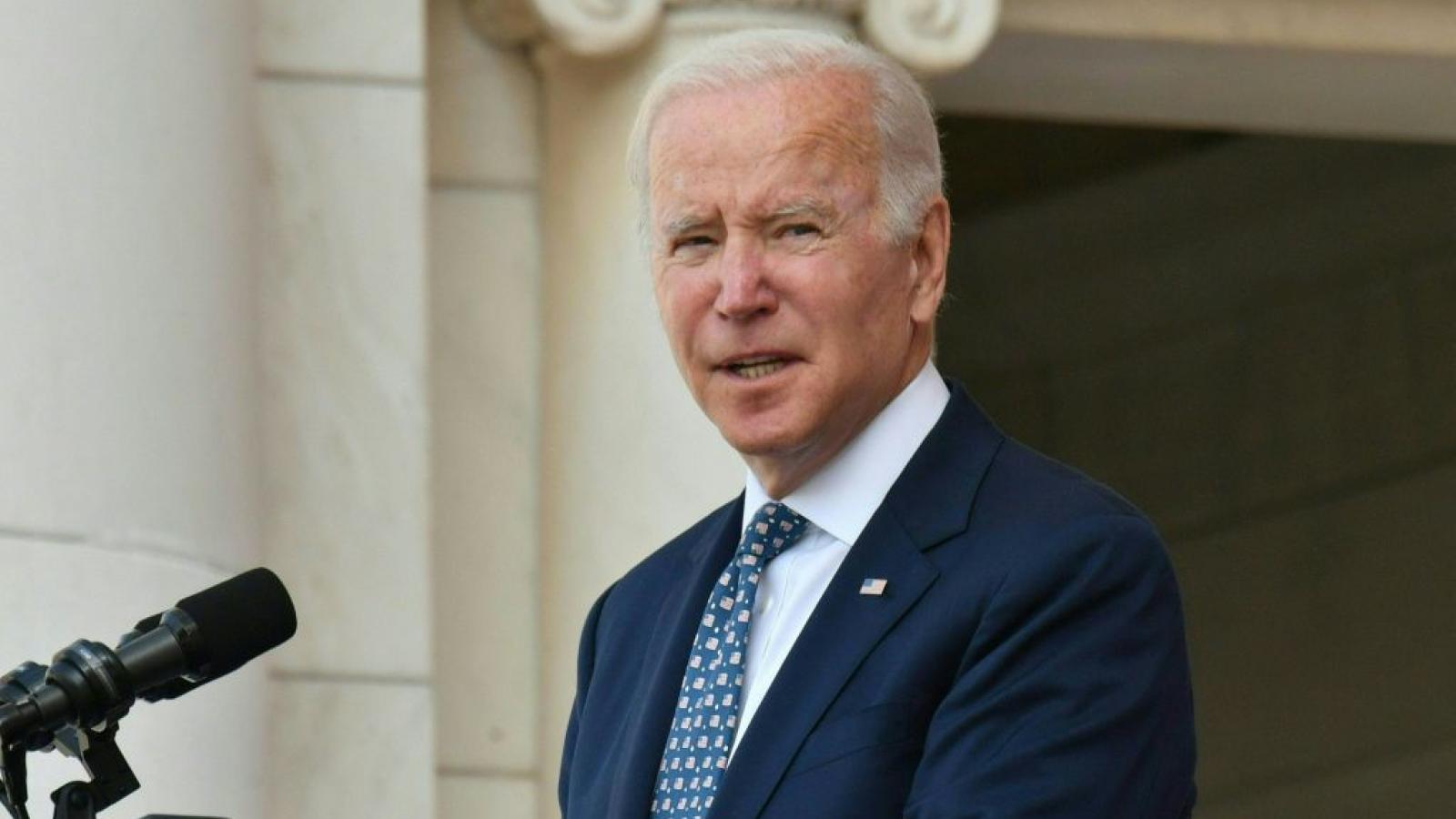 President Biden spoke Tuesday morning for about two hours with Russian leader Vladimir Putin in a video call during which the president was expected to seek a diplomatic solution for Russia assembling tens of thousands of troops near the Ukraine border for a possible invasion, in addition to telling Putin the U.S. is ready to impose austere sanctions.

National Security Advisor Jake Sullivan briefed the press Tuesday afternoon following the meeting, telling reporters "the president was crystal clear about where the United States stands on all these issues."

Sullivan said that "we still do not believe that Putin has made a decision," in terms of his intention to invade Ukraine, but that Biden very clearly spelled out what would happen if Putin decided to invade.

Sullivan also said United States is prepared to take actions to discourage Russia from invading Ukraine that were not taken in 2014, when the Obama administration failed to effectively dissuade Russia from annexing Crimea.

Putin took the call from his residence in the Russian resort town of Sochi. He said, "Greetings, Mr. President!" as the call kicked off, to which Biden responded, "Good to see you again."

According to a White House readout of the call, Biden "voiced the deep concerns of the United States and our European Allies about Russia's escalation of forces surrounding Ukraine and made clear that the U.S. and our Allies would respond with strong economic and other measures in the event of military escalation."

The president went on to reiterate "his support for Ukraine's sovereignty and territorial integrity and called for de-escalation and a return to diplomacy," also according to the readout.

Putin was expected to demand guarantees from Biden that the NATO military alliance will never expand to include Ukraine, which has long sought membership.

U.S. intelligence officials have determined that Russia has amassed 70,000 troops near the Ukraine border and has made preparations for a possible invasion early next year.

Ukrainian authorities say Russia is now also sending tanks and snipers to war-torn eastern Ukraine to "provoke return fire," according to the AP.

Ukraine's Defense Ministry alleged that Russia is holding "training camps under the leadership of regular servicemen of the Russian Armed Forces."

The Kremlin hasn’t commented on the allegations.

Beyond the tension with Ukraine, the two presidents discussed "the US-Russia dialogue on Strategic Stability, a separate dialogue on ransomware, as well as joint work on regional issues such as Iran," according to the White House.