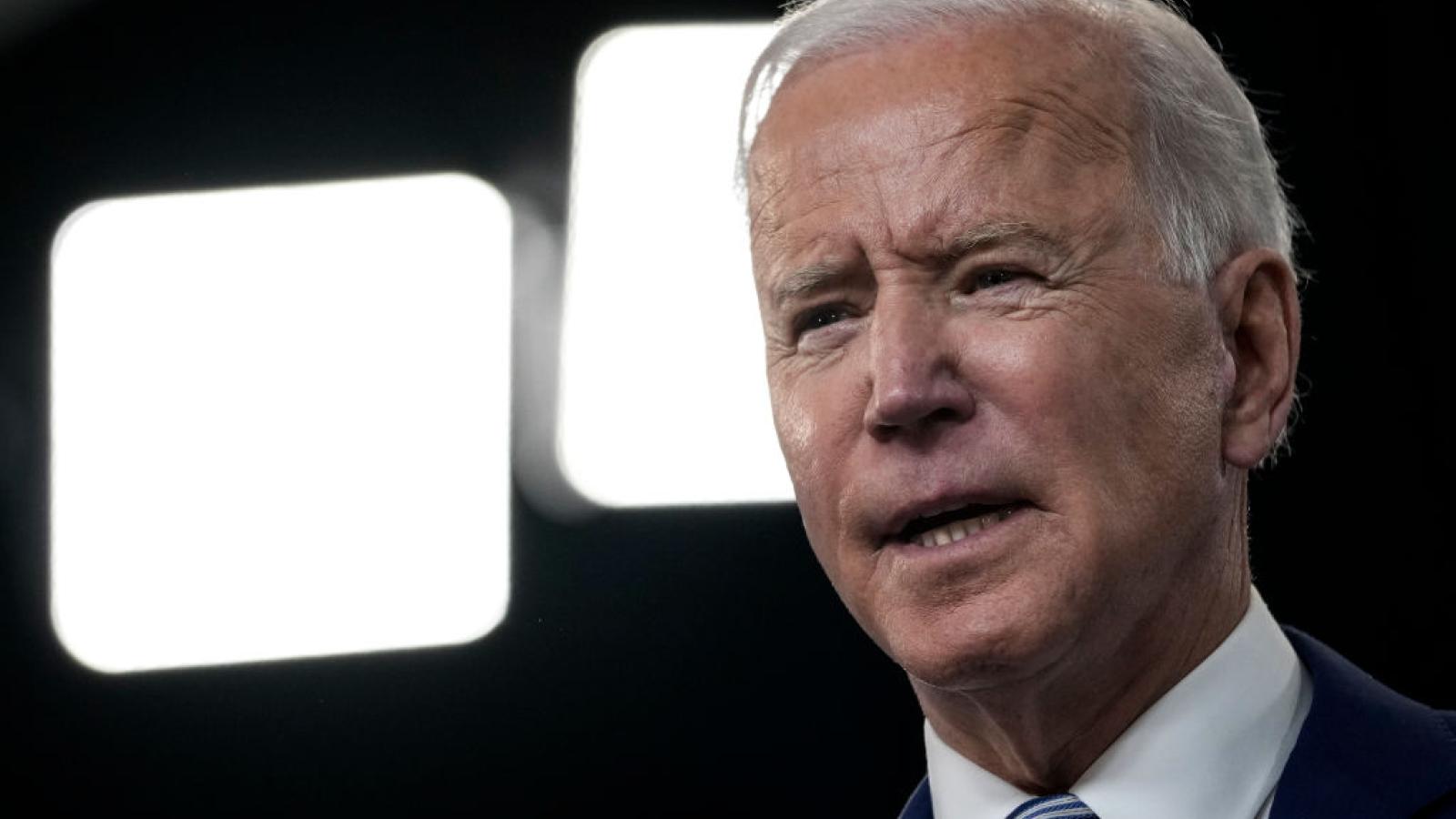 A collection of 27 organizations has released a statement declaring that they "are deeply alarmed by the recent negative exchanges between" U.S. President Joe Biden and Russian President Vladimir Putin, and are calling for the Biden administration to cease "reckless rhetorical exchanges" with Russian President Vladimir Putin and rather to engage in nuclear-arms negotiations with Russia.

"As national organizations that advocate for diplomacy, arms control, disarmament and peace, we are deeply alarmed by the recent negative exchanges between leaders of the two countries with more than 90 percent of the world's nuclear warheads in their arsenals," the organizations declared in a statement which The Hill obtained. "As Americans, we urge the Biden administration to stop participating in such reckless rhetorical exchanges and to instead vigorously pursue nuclear-arms negotiations with the Russian government."

Some of the organizations backing the statement include Justice Democrats, Blue America, Demand Progress, Our Revolution and Progressive Democrats of America.

"The grassroots progressive base of the Democratic Party has zero interest in a bellicose foreign policy towards Putin or Russia," Executive Director of Progressive Democrats of America Alan Minsky said in the statement, according to The Hill. "What people want is a safer world with international cooperation, which will allow all of us to rebound more quickly from the public health and economic catastrophe of the past year. We have no patience for Cold War saber-rattling, let alone nuclear brinkmanship," he noted.

When President Biden was asked during an interview whether he thinks Putin is "a killer," Biden responded that he does think that. During that same interview, when asked about a U.S. intelligence assessment that Putin authorized influence operations related to the U.S. election, Biden said Putin "will pay a price." Biden said he told Putin: "If I establish this occurred, then be prepared."

Russia has recalled its ambassador to the U.S.

Putin this month suggested that he and President Biden engage in a live public "discussion."