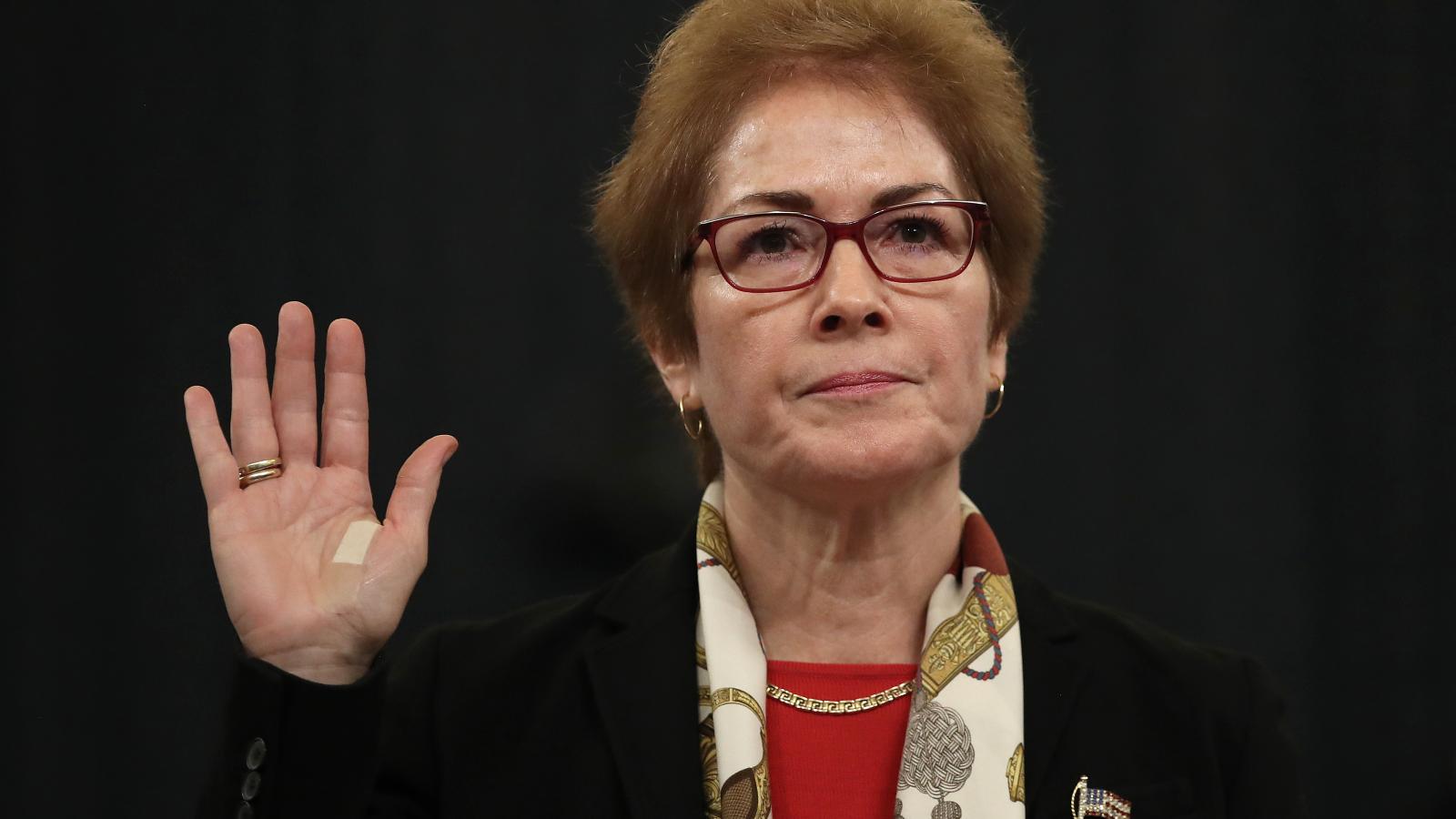 Former U.S. Ambassador to Ukraine Marie Yovanovitch admitted that she leans liberal and she was unsure whether former President Donald Trump would be convicted in his first impeachment trial after she testified against him.

"I certainly felt that if selling out our national-security interests for personal and political gain didn’t merit a conviction, then I didn’t know what did. But I was there as a fact witness. I was not there to be asked what my personal opinion was," Yovanovitch told the New Yorker in an interview published last week.

"I did my duty. But, looking at the makeup of the House and the Senate, I have to say it wasn’t clear to me that he’d be convicted," she said.

During the 2019 impeachment hearings, she testified to Congress that she had little knowledge of Hunter Biden's business dealings with Ukrainian energy company Burisma. However, two years earlier she had cautioned John McCain's think tank to not accept funding from the allegedly shady energy firm that employed now-President Joe Biden's son, Just the News reported.

She was subsequently accused by Rep. Lee Zeldin, R-N.Y., of misleading Congress during the impeachment hearings.

During her interview with the New Yorker, Yovanovitch defended President Biden's actions in Ukraine.

"Diplomatically, Biden and [Secretary of State] Antony Blinken have done an incredible job of keeping the allies together. And every day our policies get stronger," she said.

She also criticized the Trump administration as "chaotic"

"All new Administrations are chaotic. Continuity of government is one of the challenges that we have in the United States. I wasn’t that surprised that this was the case with the Trump Administration. But that chaos, with regard to decision-making, never really stopped," she told the outlet.

When asked about her political views, Yovanovitch told the outlet, "I’m probably kind of middle of the road, tending toward liberal."

Although Ukrainian President Volodymyr Zelenksyy has butted heads with Yovanovitch in the past, she praised his response after Russian President Vladimir Putin ordered his military to invade Ukraine at the end of last month.

She still criticized Zelenskyy for what she felt was appeasing Trump after the Ukrainian president called her a "bad ambassador."

"Maybe I’m wrong, but I think that he was catering to Trump. I think he knew what Trump wanted to hear. And so he was certainly ready to give it to him," she said. "I met with Zelensky a number of times. We had a perfectly normal relationship."