Washington and Moscow in recent days have continued on an old footing, emphasizing respective critiques and sore points.

While the White House and the Kremlin respectively touted a successful first conversation on Tuesday between presidents Joe Biden and Vladimir Putin, signs persisted that relations between the two governments continue to be strained.

Biden and Putin spoke by phone Jan. 26, their first direct exchange since Biden was sworn in as president of the United States. Their primary topic was the New START Treaty, a nuclear arms reduction agreement that is set to expire this year.

Both governments issued upbeat statements about the meeting. "The presidents expressed satisfaction following today's exchange of diplomatic notes on an agreement to extend the New START Treaty," the Kremlin said in a statement.

Apart from the carefully crafted diplomatic language, though, Washington and Moscow in recent days have continued on an old footing, emphasizing respective critiques and sore points. For Biden, those include the SolarWinds computer  hack, and allegations that Russia interfered in the 2020 United States election. For Putin, the issues include the U.S. withdrawal from the Open Skies Treaty, along with the Iran nuclear deal.

"The aircraft are operating in international airspace but have not entered United States or Canadian sovereign airspace," NORAD wrote in a statement.

The Kremlin critic was arrested earlier this month when he returned to Moscow after convalescing for months in Germany from being poisoned with a nerve agent while traveling. Navalny accused Moscow of secretly administering the military grade nerve agent, Novichok. Moscow denied the accusation, and has alleged that the activist works with the CIA.

Navalny has emerged as a popular figure in Russia, where supporters clashed this weekend with police during unauthorized rallies.

Biden — who appears to have remained silent over American citizen Paul Whelan, imprisoned for espionage in Russia — reportedly demanded in recent days that Moscow release the jailed Navalny.

Support by the West for the opposition activist has rankled Moscow, drawing ire from the head of Russia's Security Council.

"The West needs this 'leader' [Navalny] to destabilize the situation in Russia, for social upheaval, strikes, and new Maidans," said Nikolay Patrushev, who previously ran the KGB's successor agency, the Federal Security Service. Patrushev made his comments in advance of new rallies scheduled for Sunday. One is planned to take place in Moscow's Lubyanka Square, outside the headquarters of the FSB security agency. A parallel protest is scheduled outside Putin's administrative offices.

The demonstrations could provide fresh fodder for international accusations and counteraccusations, a security official told Just the News. "Depending on what happens, this could give opportunity for more figurative sniping between Russia and the United States," the official said.

The U.S. and Russia, meanwhile, aim to extend the New START for five years, according to the White House. The two countries will instruct their teams to "work urgently" to complete the process by Feb. 5, the White House noted. 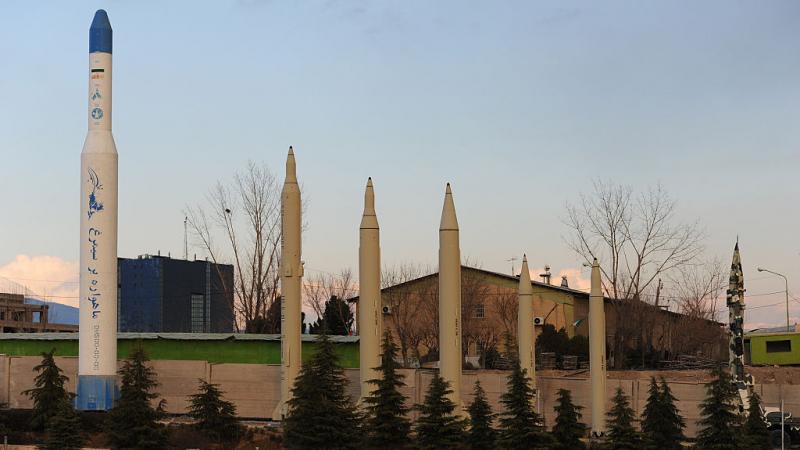