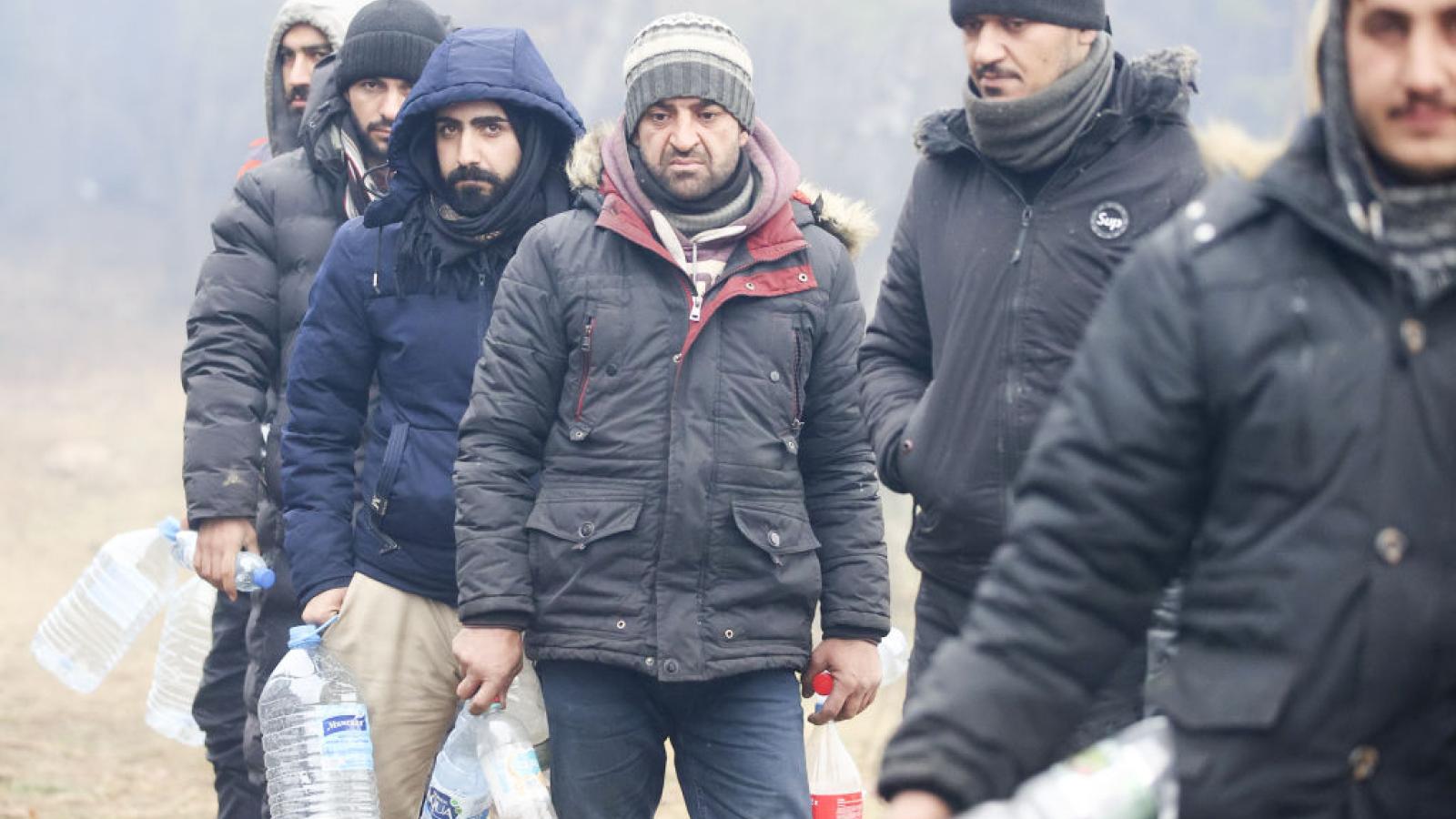 Migrants on the Belarus-Poland border. Nov. 12, 2021.
(Leonid Shcheglov\TASS via Getty Images)
By Just the News staff

The U.S. and other Western countries are holding Belarus responsible for the ongoing border situation in which migrants are being blocked from entering neighboring Poland and Lithuania to reach Western Europe, saying Belarus leaders have concocted the crisis, putting thousands of lives at risk.

At the conclusion of a United Nations Security Council meeting Thursday, Britain, Estonia, France, Ireland, Norway, the United States and Albania, an incoming member of the council, issued a statement condemning what they called "the orchestrated instrumentalization of human beings whose lives and well-being have been put in danger for political purposes by Belarus," according to The New York Times.

They also said the objective of Belarus's authoritarian leader, Aleksandr G. Lukashenko, was "destabilizing neighboring countries and the European Union's external border and diverting attention away from its own increasing human rights violations."

Western leaders have previously accused Lukashenko of creating the crisis in retribution for the European Union imposed economic sanctions on his country.

Thousands of migrants, mostly from the Middle East, have traveled recently to Belarus in hopes of reaching the European Union, but have been prevented from entering by Poland and Lithuania, E.U. member countries. Thousands are camped along the border with Poland, also according to The Times.

It’s unlikely the Security Council will take further action considering the strong alliance between Belarus and Russia, which also is a member of the council and has veto power.

Russia’s deputy ambassador, Dmitry Polyanskiy, dismissed the argument that Belarus is responsible for the crisis and using migrants as "a tool of war."

He also said those at the razor-wire border came legally to Belarus by their own desires, amid reports of some are suffering in the cold and being beaten by armed guards.