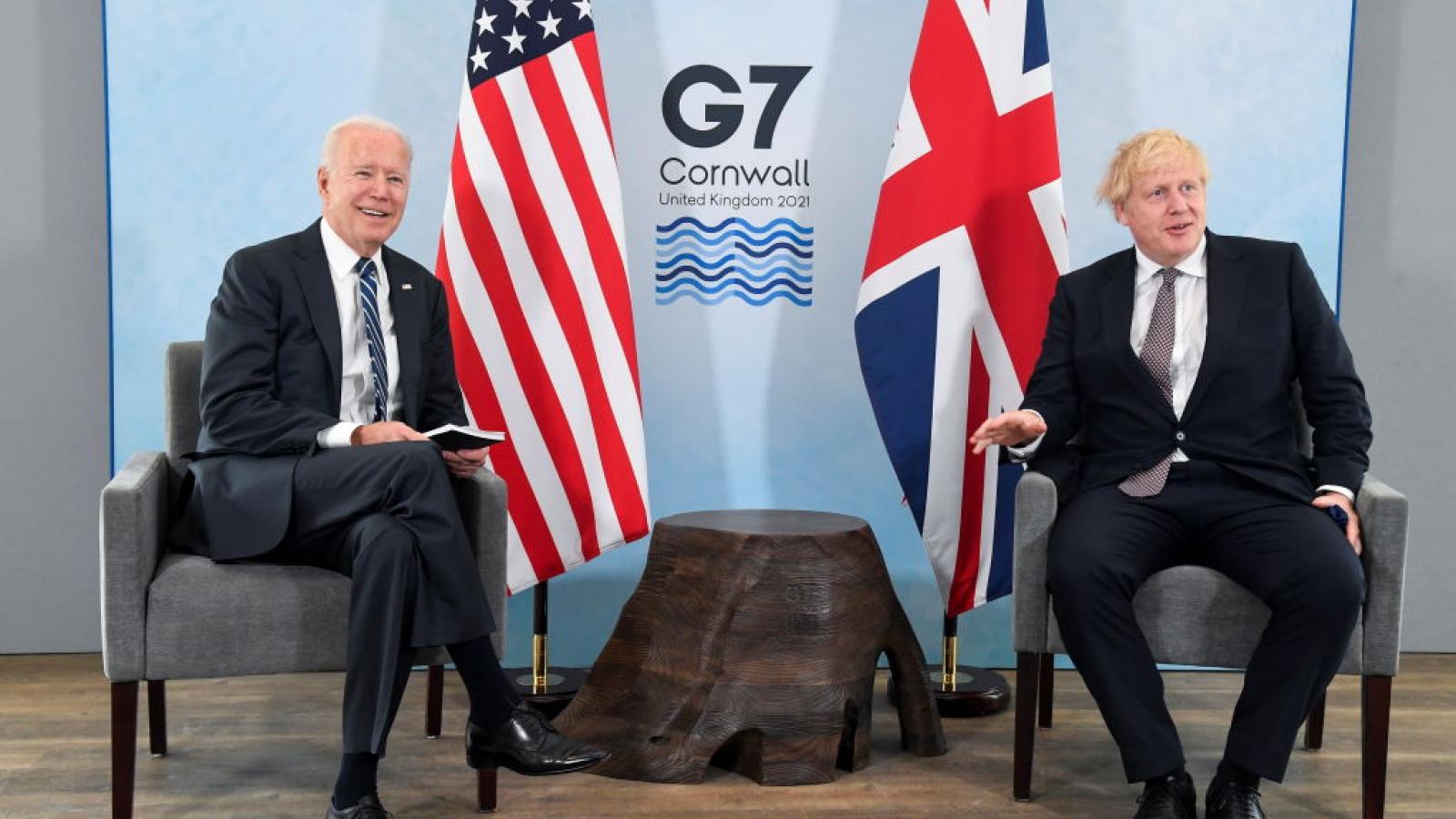 President Biden and British Prime Minister Boris Johnson met Thursday and reaffirmed their countries' enduring friendship in signing a historic document that sets forth key pledges to each other and NATO allies.

In an updated version of the Atlantic Charter, a World War II document initially laid out between President Franklin Roosevelt and Prime Minister Winston Churchill, the world leaders laid out eight pledges including ones on public health, climate change and protecting democracy.

The document also defends basic human rights, confronts inequality and establishes a stronger international relationship through the passing of laws, including protection against election interference and misinformation.

The signing of the charter by Biden and Johnson will "reaffirm their commitment to work together to realize our vision for a more peaceful and prosperous future," the White House said in a statement.

"Our revitalized Atlantic Charter, building on the commitments and aspirations set out eighty years ago, affirms our ongoing commitment to sustaining our enduring values and defending them against new and old challenges," the statement also reads.

The original document set forth what the U.S. and United Kingdom wanted for the world at the end of World War II, even though it was signed during the war in 1941.

It included such promises as neither country attempting to make territorial gains at the expense of the other,  the disarmament of aggressor nations and reestablished control to the countries taken over by the Germans. It also inspired the creation of NATO.

The agreement came during a private meeting between the two men that lasted about 90 minutes and before the official start of of the G-7 world leader summit in Cornwall, England. Biden is also expected to meet Queen Elizabeth II on the trip in England this weekend.