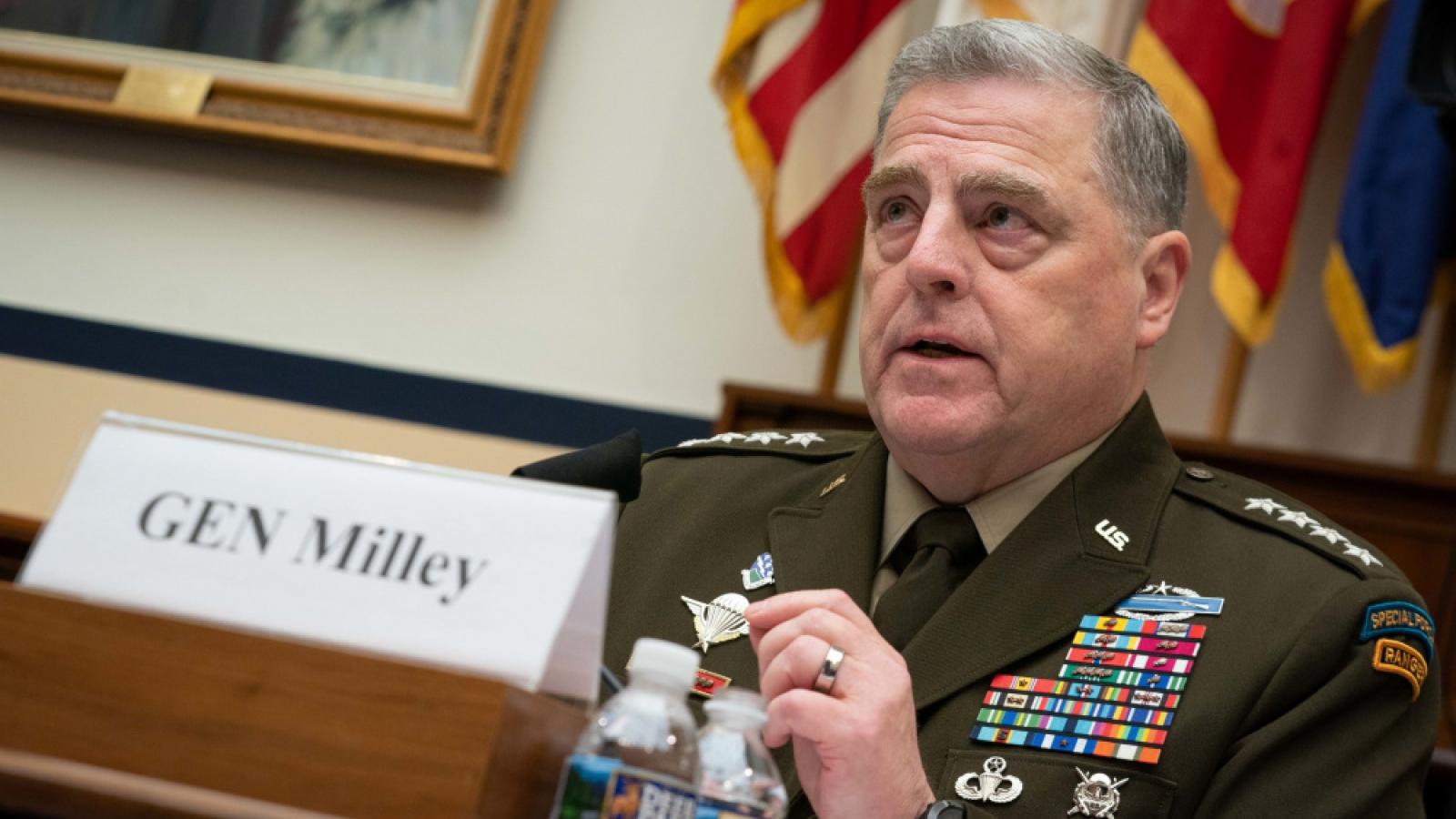 Republican Sen. Rand Paul said Wednesday that Joint Chiefs of Staff Chairman Gen. Mark Milley "could have started an accidental nuclear war" if he indeed made unauthorized phone calls to China in the final weeks of the Trump presidency to assure Beijing that the U.S. would not attack the country.

The assertion that Milley made two such calls is reportedly included in an upcoming book titled "Peril" by Washington Post reporters Bob Woodward and Robert Costa.

Milley, as President Trump's top military adviser, made several authorized calls between the time Trump was losing reelection in 2020 and after the Jan. 6 Capitol riot, amid his reported concerns that the world was on edge over both matters and that Trump was in an unstable emotional state.

"If I were president, I would sit him down immediately and have him take a polygraph test and ask him, 'What did you say to the Chinese?'" Paul, a Kentucky lawmaker, said on the John Solomon Reports podcast.

"Did you indicate that the president was liable to attack them and that you would try to prevent that? If that is true, that could have started an accidental nuclear war."

Milley spokesperson Col. Dave Butler on Wednesday confirmed the calls and said those with the Chinese and others in October 2020 and January were "in keeping with these duties and responsibilities conveying reassurance in order to maintain strategic stability," according to CNBC.

Bultler also said Milley's calls were coordinated with the rest of the Defense Department and other relevant agencies.

Milley did not tell Trump about the calls.

Woodward and Costa say in their forthcoming book Milley learned in October of last year that the Chinese had become concerned that Trump would preemptively attack China because he was losing reelection and his rhetoric against China was growing increasingly hostile.

Milley again called his Chinese counterpart on Jan. 8, two days after the attack on the U.S. Capitol, to again reassure him that the U.S. government was stable (amid his reported concerns Trump had become increasingly unstable) and no immediate threat to China, CNBC also reports.

"We could have a nuclear war over a mistake because the general is going outside the line of command to insinuate something that nobody believes to be true, but actually could have started a war," he said. "So really, instead of actually calming tensions, he could have actually started an accidental war."