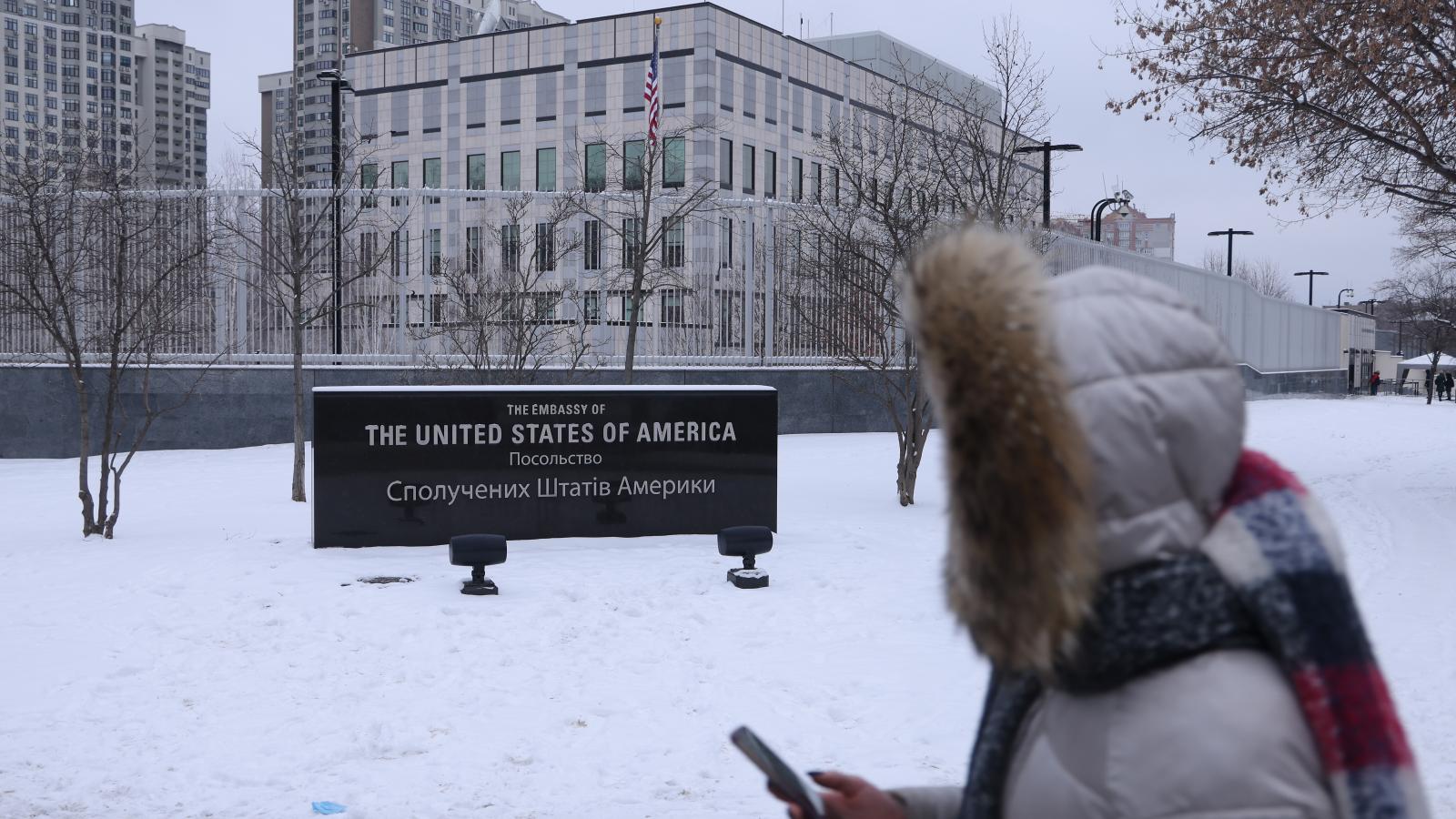 The U.S. State Department on Tuesday added a warning banner on its website, State.gov, and issued instructions directing U.S. citizens on how to evacuate Ukraine.

"We encourage those traveling by land from Ukraine to cross at the border crossings listed below, if you need assistance from a U.S. consular officer," the State Department wrote with a list of border crossings.

U.S. embassy officers will be stationed near two border crossings in Poland to assist Americans fleeing. Staff will also be placed near one border crossing into Romania, one into Hungary and two into Moldova. However, the State Department warns U.S. citizens to not enter Moldova through the unrecognized breakaway state of Transnistria.

Americans also have the option of leaving Ukraine through Slovakia, but the State Department does not mention whether Embassy staff will be present to assist near the border crossing.

A new large red banner now appears at the top of State.gov, instructing U.S. citizens in Ukraine to complete a crisis intake form and giving them to numbers to call for immediate assistance.

Just the News previously reported that the U.S. government was requiring its citizens fleeing to Poland from Ukraine to show proof of COVID-19 vaccination. Two days later, the Biden administration decided to allow some exceptions to the pandemic requirements.

Hungary is the only country surrounding Ukraine that the State Department specifies as requiring "proof of vaccination, a negative COVID-19 test, or proof of recovery from COVID-19."

Americans were told last week to leave Transnistria and Belarus "immediately" due to rising tensions in the region. U.S. citizens were encouraged last month to evacuate Ukraine through commercial or private transportation.

In another sign of deteriorating diplomatic avenues, Secretary of State Antony Blinken on Tuesday canceled a meeting scheduled in Geneva later this week with Russian Foreign Minister Sergey Lavrov.