The latest source of friction between the transatlantic allies is the recent approval for Chinese tech giant Huawei to construct a $500 million research and development center near the university city of Cambridge.

Chinese tech giant Huawei continues to drive a wedge between the U.S. and the U.K., this time over a $500 million research and development center near the world-renowned university city of Cambridge.

Planning permission was granted on Thursday for the construction of the 550-acre, semi-conductor design center on land Huawei acquired for $47 million in 2019.

U.S. Under Secretary of State for Economic Growth Keith Krach has raised concerns about the location of the facility. “They want to co-opt the researchers and talent from one of the most prestigious universities,” Krach told The Times. “They want to get their hands on the technology and [intellectual property] to take back to China,”

The vice president of Huawei, Victor Zhang, strongly disagreed. “Any suggestion that work at the Cambridge R&D center would be in contravention of the unjustified U.S. sanctions is simply irresponsible and not true,” Zhang said in the same article.

Anxiety over the U.K.’s reliance on Chinese technology grew after Prime Minister Boris Johnson announced at the beginning of this year that Huawei would become a major supplier for Britain’s new 5G network.

“There is no reason why we shouldn’t have technological progress here in the U.K. … but also protect our security interests, and protect our key security partnerships with other security powers around the world,” Johnson told the Guardian.

America, Canada, Australia and New Zealand immediately raised concerns over the “five-eyes” intelligence sharing agreement — not only could the U.K.’s security potentially be compromised, but theirs too.

In protest, Australian MPs cancelled a planned trip to London and, in a telephone call between American and British leaders on Jan. 28, President Trump was said to have been “apoplectic.” Vice President Mike Pence said the Trump administration had made its disappointment at the U.K. decision “very clear to them.”

The Johnson administration claimed that Huawei technology would not be used in core areas of the network, and would be excluded from sensitive geographic locations, such as nuclear sites.

Senator Tom Cotton (R-Ark.) dismissed those assurances, and compared it to, “asking the KGB to help build a telephone network during the Cold War.”

Under intense pressure, not just from key allies but also around 50 of his own members of Parliament, Mr. Johnson then announced in May that Huawei’s involvement in the network would be reduced to zero by 2023.

Former Conservative leader Sir Iain Duncan Smith welcomed the policy change. “This is very good news, and I hope and believe it will be the start of a complete and thorough review of our dangerous dependency on China,” he said last month.

The Conservative Party’s enthusiasm for attracting Chinese investment in the U.K. reached a peak during David Cameron’s tenure as prime minister.

In a lengthy article that Cameron’s finance minister, George Osborne, wrote for the Guardian in 2015, he explained his desire to court the Chinese Communist Party. “We want to make the U.K. China’s best partner in the West,” he said.

One reason they needed Chinese investment was to finance the move towards a net-zero carbon economy, including the low-carbon, Hinkley Point C power station in the West of England. With costs at $27 billion and rising, it is the most expensive power station in the world and will meet just 7% of the U.K.’s electricity needs.

For finance they turned to China General Nuclear Power group, which has been blacklisted by the U.S. Department of Commerce for having “engaged in or enabled efforts to acquire advanced U.S. nuclear technology and material for diversion to military uses in China.”

That deal, which also included the China National Nuclear Corporation, was eventually signed by former Prime Minister Theresa May in September 2016, soon after she took office.

China is the world’s largest emitter of CO2, producing more than 28 times the U.K.’s current emissions.

May also consented to Huawei’s involvement in Britain’s 5G network, which Boris Johnson gave his continued support to on Jan. 28, just days after getting Brexit legislation passed to take the U.K. out of the European Union.

America and its other key allies made their concerns known about the U.K. installing Huawei technology a year earlier, so signing the deal was bound to heighten tensions further and possibly jeopardize the signing of a bilateral trade deal.

That deal was already crucial for Britain as it moves away from its reliance on the European single market. It is now even more so following the COVID-19 lockdown crisis, which the Organization for Economic Cooperation and Development (OECD) has claimed will affect the U.K. more than any other Western economy.

However, with so many U.K.-China deals already in place, such as the Cambridge research center and Hinkley Point C power station, it will be difficult for the U.K. to stop upsetting its old allies anytime soon.

This was further compounded when Imperial College London, which advised both the U.K. and U.S. governments to go into lockdown, announced it was receiving around $7 million from Huawei to build a “tech hub” in West London, including building a superfast 5G network for the university.

Defending the grant, Imperial College stated: “Like other UK universities, we have received support from Huawei for high-quality and open research for several years. Such funding is subject to our robust Relationship Review policies.”

However, in January 2019, the BBC reported that Oxford university had suspended donations and sponsorship for Huawei, following accusations that the company’s equipment could be used for espionage.

As the November U.S. election draws nearer, time is getting shorter to get the major bilateral U.S.-U.K. trade deal passed, as an incoming Biden administration may have other priorities. 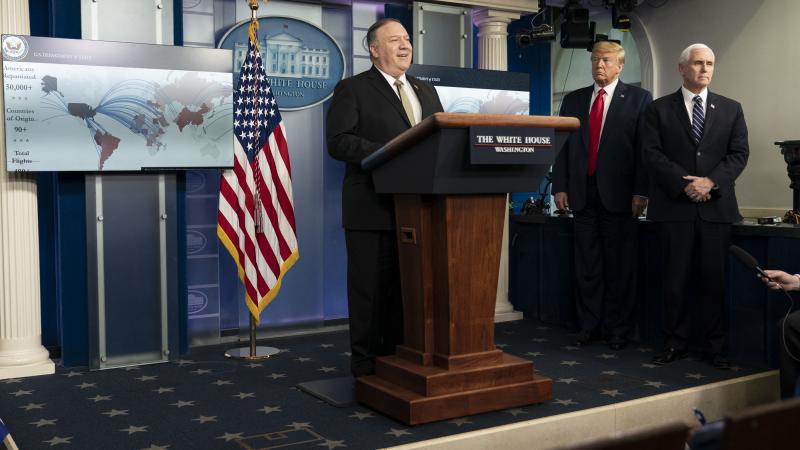