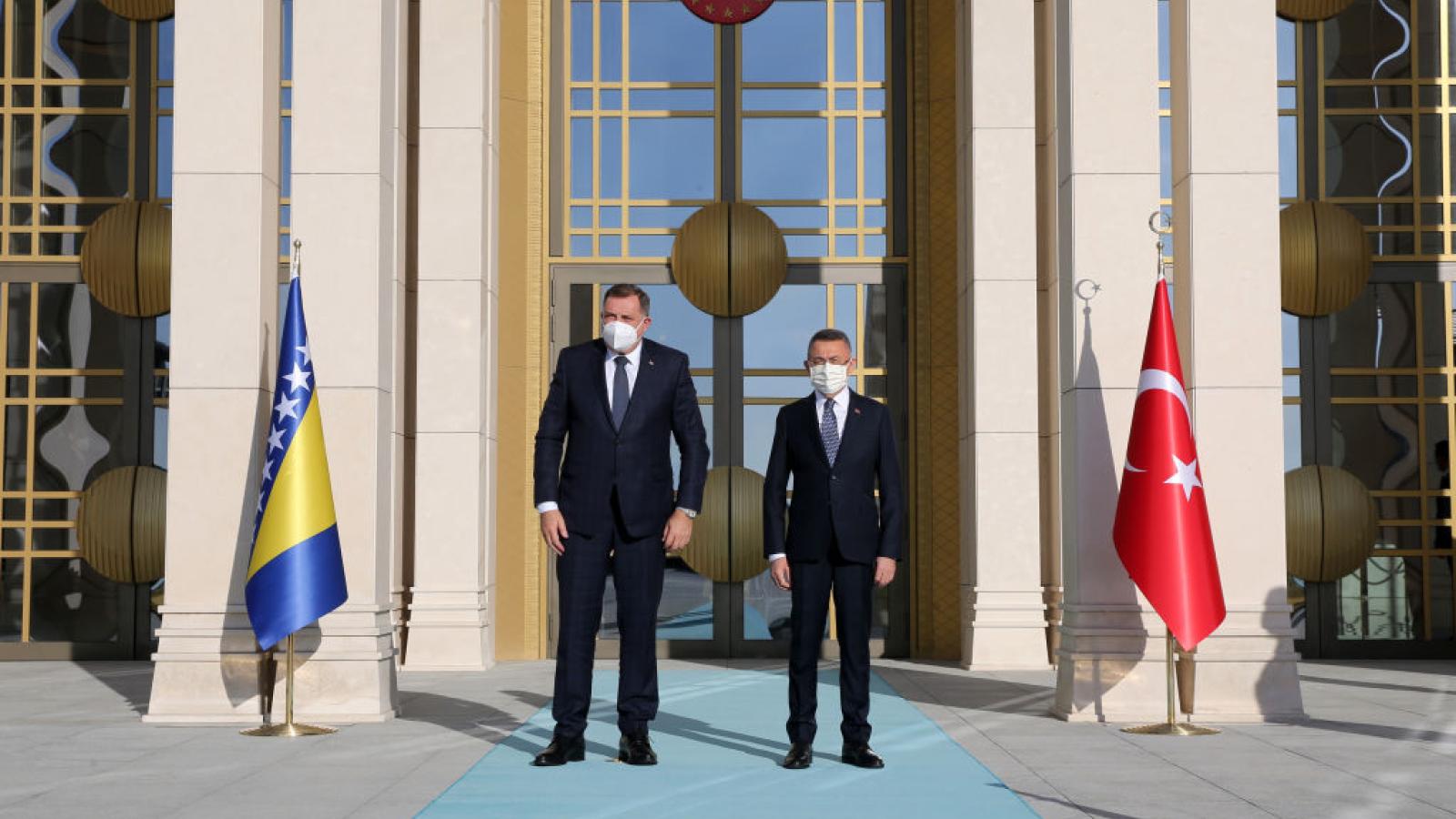 On Wednesday, the Biden administration announced sanction on Milorad Dodik, a member of Bosnia and Herzegovina's tripartite presidency. The sanctions were imposed due to Dodik's "destabilizing and corrupt activities," in the Western Balkans.

Biden's Treasury Department has accused Dodik of undermining a 1995 peace accord, in addition to facilitating bribery. The Balkan leader will be barred from entering the United States. The department additionally announced sanctions against a media platform, Alternativna Televizija, which it says are under the control of Dodik.

In a statement, Treasury's undersecretary for terrorism and financial intelligence, Brian Nelson said, "Milorad Dodik’s destabilizing corrupt activities and attempts to dismantle the Dayton Peace Accords, motivated by his own self-interest, threaten the stability of Bosnia and Herzegovina and the entire region. The United States will not hesitate to act against those who pursue corruption, destabilization, and division at the expense of their own people, as well as against those who enable and facilitate this behavior."

Dodik has been an advocate for separating the Bosnian Serb entity from the rest of Bosnia and Herzegovina – a move that could generate significant conflict in the Balkan nation. He has threatened to create a Serb army separate from the Bosnian military, which would be a clear violation of the 1995 peace agreement that ended thee conflict between Bosnia, Croatia, and Serbia.

This is not Dodik's first dance with the Treasury Department, which enacted sanctions on the leader in 2017 for "actively obstructing" the 1995 Dayton Peace Accords.