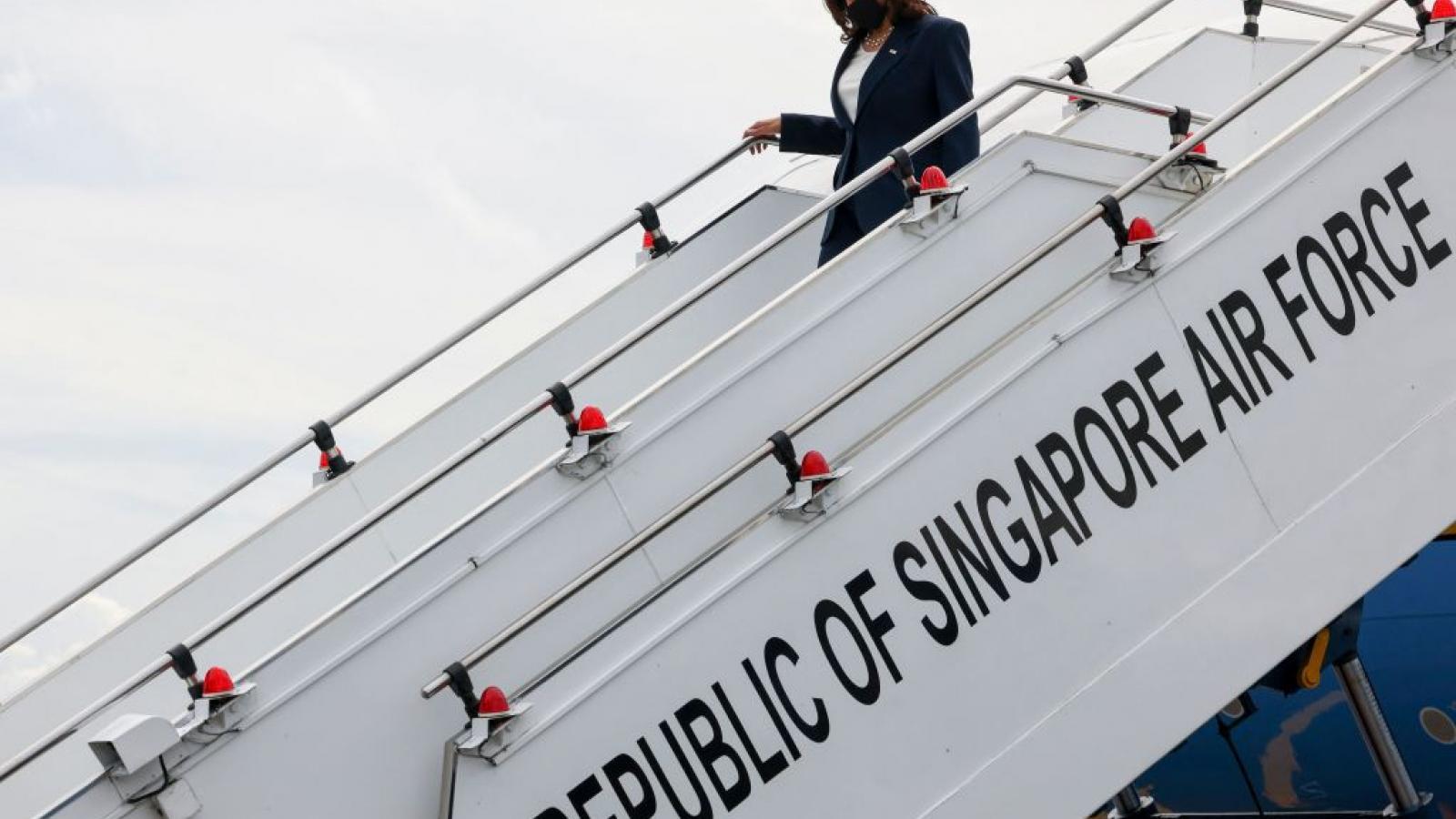 Vice President Kamala Harris arrived in Singapore on Sunday at the start of a visit to Southeast Asia, including Vietnam.

The trip is intended to communicate U.S. views on China's increasing influence and activities in the region, including their efforts to control the South China Sea.

Harris is scheduled to hold a bilateral meeting with Singapore Prime Minister Lee Hsien Loong on Monday, according to the Associated Press, followed by a joint news conference, and later will deliver a speech while aboard a U.S. combat ship.

On Tuesday she will be speaking on U.S. plans for engagement in Southeast Asia and will meet with business leaders to discuss supply-chain issues, according to Fox News, before heading off to Vietnam.

"The timing of the trip has been awkward for the Biden administration," according to the outlet, "as the Afghanistan crisis has drawn many comparisons to the problematic U.S. pullout from Saigon in 1975."

Citing a "source close to Harris," CNN reported that "at this moment, with what is happening in Afghanistan, I think she'll even be doubly prepared because she knows what's at stake. People are going to look at this international trip as a lot more than just Singapore and Vietnam. Now, it's 'Is America going to reassert itself?'"