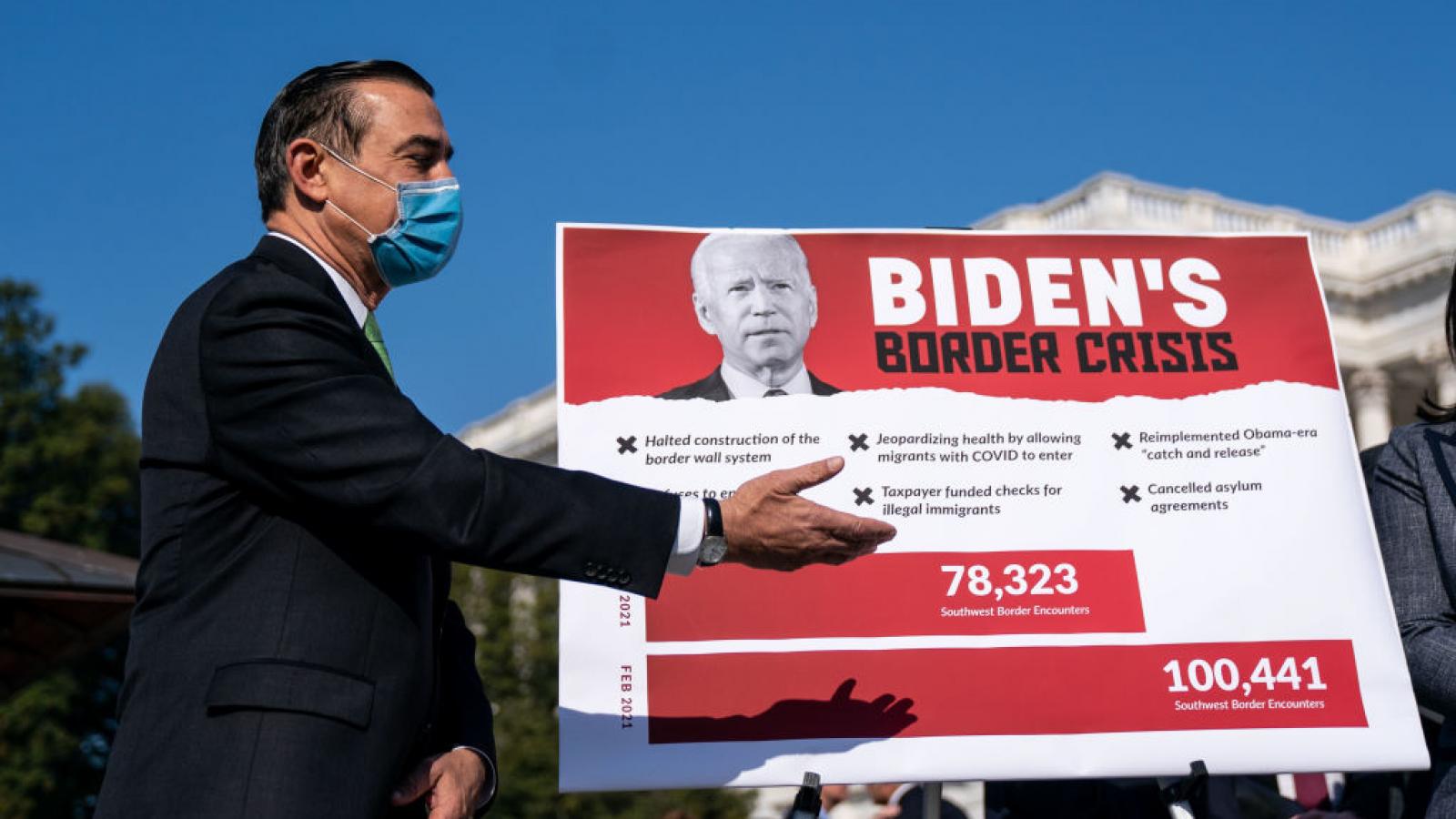 Rep. Darrell Issa before the start of a press conference about the crisis at the United States southern border
(Kent Nishimura/Getty)
By Daniel Payne

Officials with Immigration and Customs Enforcement are calling on volunteers within the agency to help manage the crisis at the country’s southern border as record numbers of illegal immigrants fall under the custody of federal immigration officials.

An email obtained by the Washington Post claims that ICE Acting Assistant Director of Field Operations Michael Meade recently sent an inter-agency email "asking for volunteers to quickly deploy to U.S. border stations and tent sites where holding cells are crammed beyond capacity," according to the paper.

"This situation mandates immediate action to protect the life and safety of federal personnel and the aliens in custody," Meade wrote, adding that "start and end dates are TBD, but could begin as soon as this weekend at locations along the [southwest U.S. border], most likely Texas."

The Biden administration has been struggling to manage the massive influx of illegal immigration that has slammed the southwestern U.S. in recent days as migrants flock to the U.S. following Biden’s promise of a more humane immigration policy relative to Trump’s.

Meade in his email warned that the crisis may not end anytime soon. "It is anticipated that the enforcement actions will continue to grow over the coming months," he wrote.