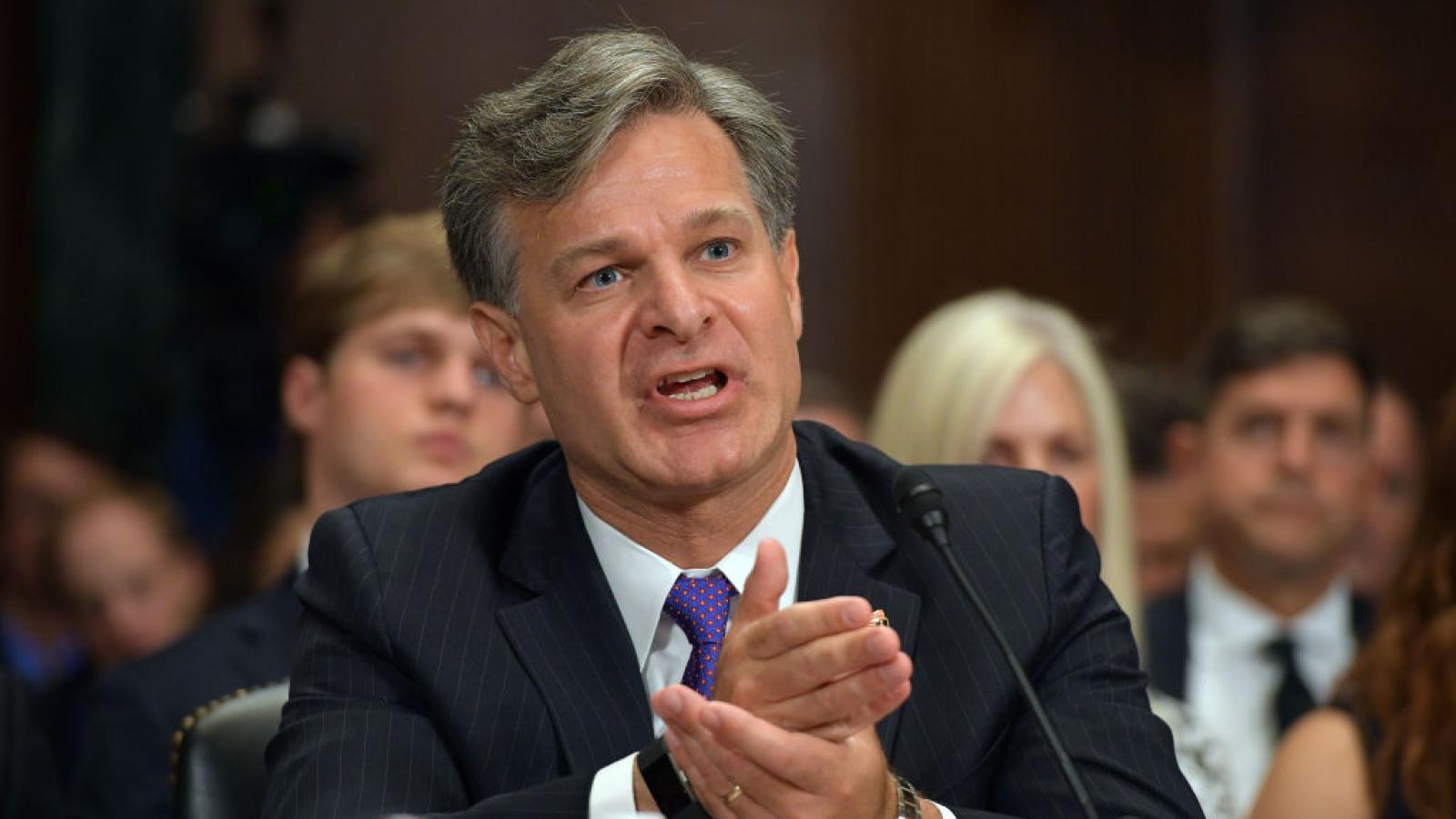 "We do have national security concerns, obviously from the FBI’s end, about TikTok," he told the House Homeland Security Committee in a hearing. "They include the possibility that the Chinese government could use it to control data collection on millions of users, or control the recommendation algorithm which could be used for influence operations if they so choose, or to control software on millions of devices."

The social media platform's parent company, ByteDance, operates out of China despite the app itself being banned within the communist country. At issue is the company's storage of user data. In China, the government may force companies to surrender their information which poses a privacy and security risk to U.S. user data, though TikTok denies it stores American data in China, according to CNBC.

Wray identified that law as "plenty of reason by itself to be extremely concerned."

The FBI head's testimony comes as the U.S. continues negotiations with TikTok to allow its continued operation in the country. The company is seeking a deal with the Committee on Foreign Investment in the United States to prevent a required severance of ties with its parent company, according to the New York Post.

Industry experts and social media competitors alike have raised doubts about whether TikTok could isolate U.S. user data to assuage regulatory and security concerns. National security lawyer Stewart Baker told Bloomberg earlier this year that, barring an effort to completely "rebuild the system in the United States at great expense," TikTok would ultimately have to resort to Chinese engineers and operators to handle its maintenance.

GETTR CEO Jason Miller, meanwhile, expressed skepticism of any prospective deal, telling Just the News in October that any meaningful security improvements would require a "heavy-handed overhaul of the company."

In recent weeks, TikTok has faced calls from federal officials for its outright ban in the United States, including from Federal Communications Commission head Brendan Carr who said "I don’t believe there is a path forward for anything other than a ban."

A spokesperson for TikTok acknowledge to CNBC that FBI input was part of the negotiation process, adding that, "[w]hile we can’t comment on the specifics of those confidential discussions, we are confident that we are on a path to fully satisfy all reasonable U.S. national security concerns."