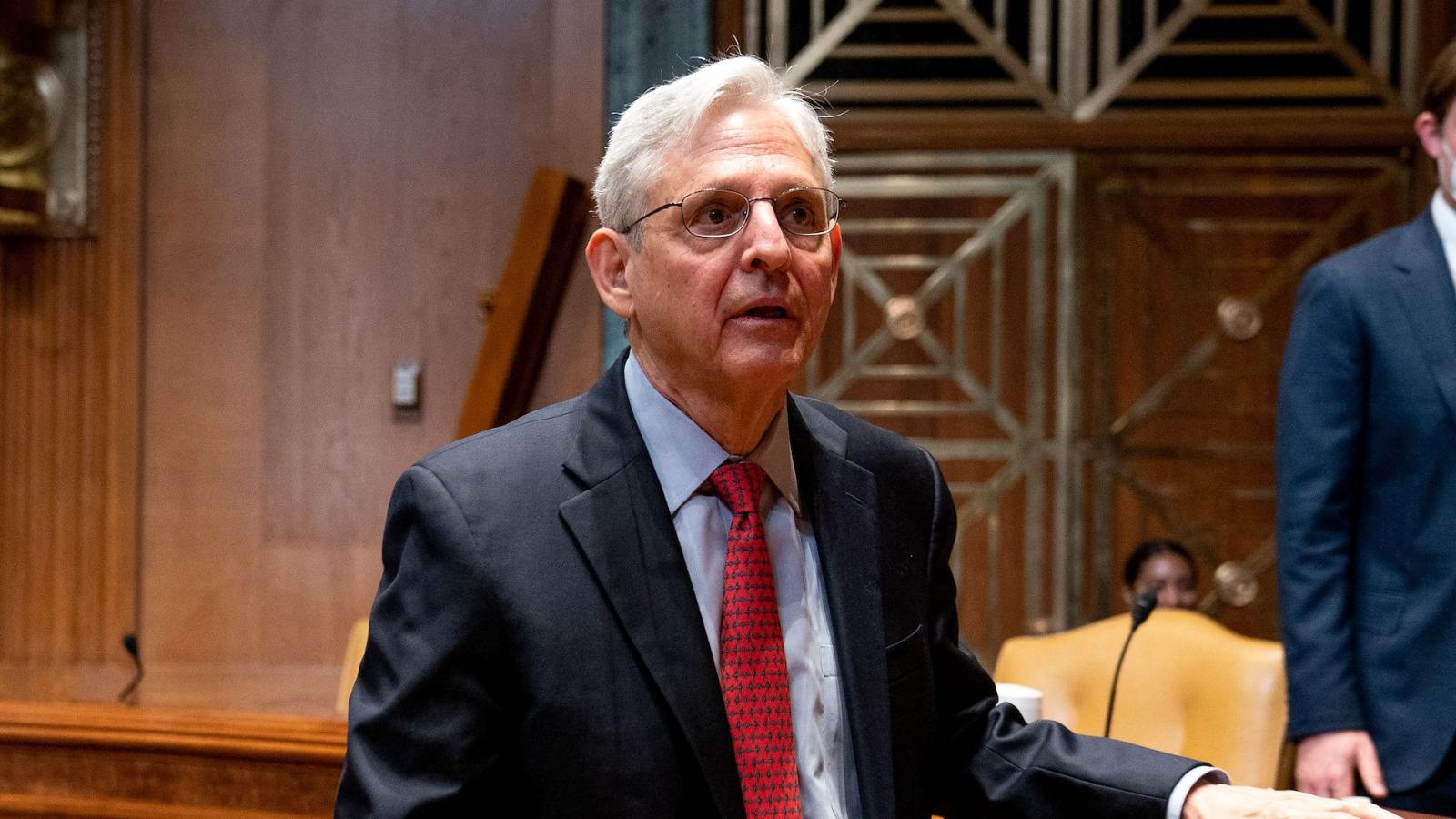 Garland maintained that Biden has "absolutely not" attempted to sway the federal tax and finance investigation into his son Hunter. "The president is committed not to interfere, not only in that investigation but any other kind of investigation," he told the Senate Appropriations Committee during a hearing.

After Tennessee Republican Sen. Bill Hagerty asked about reauthorizing the special counsel, Garland responded, "I think our internal deliberations have to stay within the department."

Hagerty then spoke about evidence pointing to Biden's knowledge of his son's dealings and asked, "General Garland, do you have any reason to dispute the evidence that indicates that President Biden was involved with and using money from Hunter Biden's business deals?"

Garland replied: "Senator, following the long-standing rule of the Justice Department., we don't discuss investigations or evidence that maybe – may or may not be relevant to investigations. That's a matter for the United States attorney's office that's investigating the case."

Sen. Susan Collins, R-Maine, asked Garland how the DOJ could justify arguing that COVID has subsided enough to end "Title 42 which will worsen the problem of tens of thousands of unvaccinated migrants illegally entering the country" while also arguing that masks should be required on public transportation.

"I think it's important... for me to explain the role of the Justice Department, which is not to make judgments about the public health," Garland said.

At another point in the hearing, the attorney general admitted that after Title 42 is lifted "there will be a large increase at the border" in illegal immigration.

When asked about the possibility of Afghan terrorists targeting America, Garland said, "We are constantly concerned about the risk that ISIS-K will try to mount something in the United States."