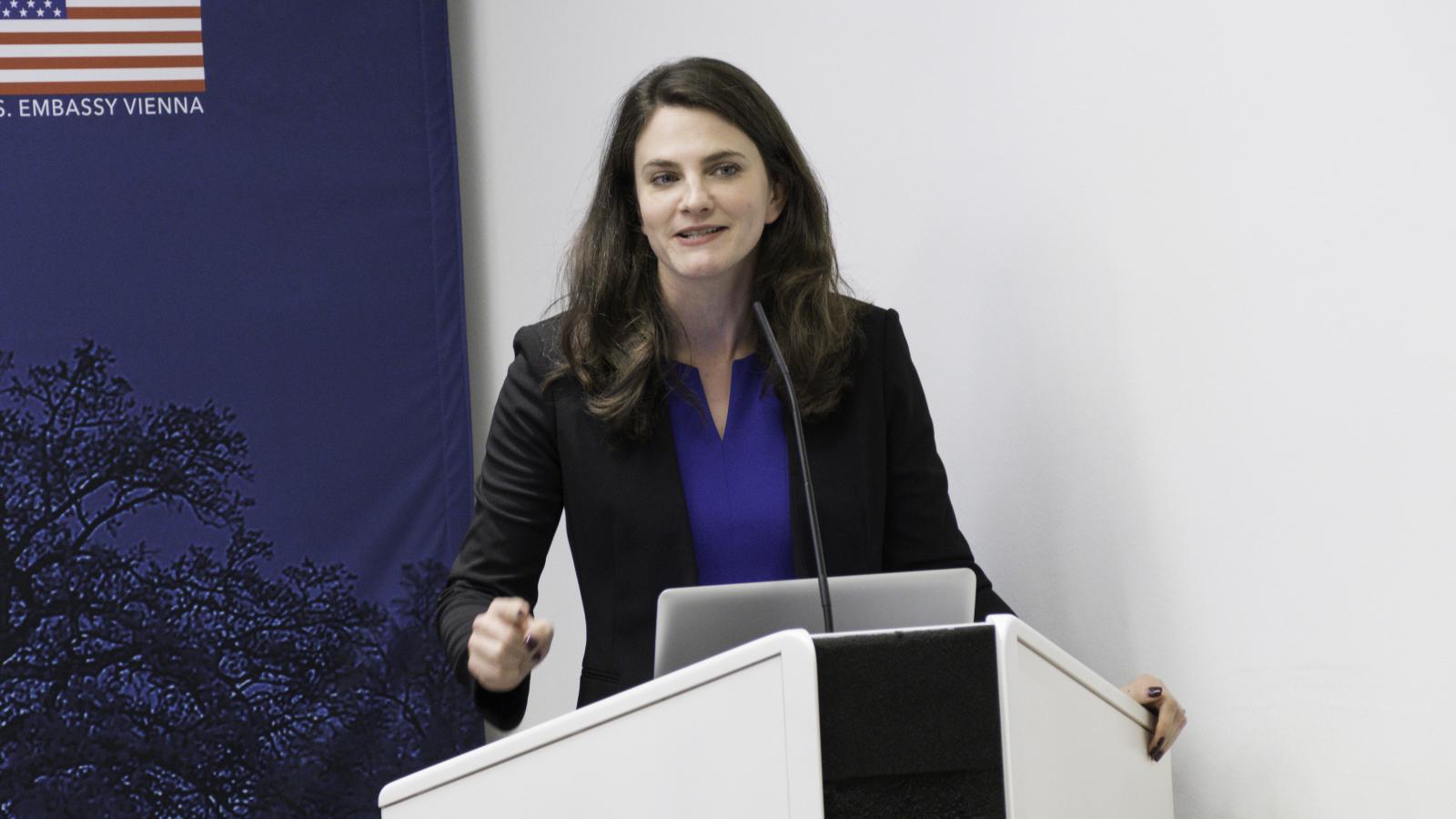 The Biden administration's disinformation czar referred last fall to opponents of critical race theory (CRT) as "disinformers," accusing them of peddling disinformation to stoke anger and make money off the uproar.

Nina Jankowicz, who was recently appointed head of the Department of Homeland Security's new and controversial Disinformation Governance Board, dismissed parents' concerns about the teaching of  CRT in their children's classrooms while speaking in Ohio in October.

"Critical race theory has become one of those hot-button issues that the Republicans and other disinformers, who are engaged in disinformation for profit, frankly ... have seized on," said Jankowicz, who at the time was a fellow at the Wilson Center, a think tank in Washington, D.C.

"But it's no different than any of the other hot-button issues that allow disinformation to flourish," continued Jankowicz. "It's weaponizing people's emotion."

Jankowicz, who was responding to a question about Republicans "taking advantage" of parental opposition to CRT, added that she lived in Loudon County, Va., "one of the areas where people have really homed in on this topic."

Several parents have spoken up against CRT at Loudoun County School Board meetings over the last couple years. The backlash against CRT in Loudon and neighboring areas was widely seen as a major factor in Republican candidate Glenn Youngkin's surprise victory in last year's Virginia gubernatorial race. Youngkin banned CRT in public schools after he was elected.

Jankowicz was speaking at the City Club of Cleveland at an event titled "Disinformation and Democracy: Civic Discourse in the Digital Age."

Her remarks came just one month after the National School Boards Association (NSBA) sent a letter to President Biden asking his administration to investigate threats against public school officials. In the letter, the NSBA specifically referenced parents who protested the teaching of CRT in the classroom, suggesting such actions should be classified as "domestic terrorism."

The memo directed the FBI to work with each U.S. attorney to convene meetings nationwide to discuss strategies for addressing these threats. Garland also mentioned his intent to "launch a series of additional efforts in the coming days" which, according to the Justice Department, would "determine how federal enforcement tools can be used to prosecute these crimes."

The NSBA later apologized for the letter after receiving backlash for comparing parent protests to domestic terrorism. However, subsequent reports indicated coordination between the NSBA and the Biden administration on the former's letter and Garland's subsequent memo.

More recently, the Department of Homeland Security (DHS) in February put out a "National Terrorism Advisory Bulletin," which discussed how "conspiracy theories," "misleading narratives," and mis- and dis-information can fuel foreign and domestic terrorism.

Late last month, DHS took this effort to the next level and announced the creation of the Disinformation Governance Board to monitor and combat speech it deems "disinformation."

Secretary of Homeland Security Alejandro Mayorkas has defended the initiative as important in tackling the "threat" of disinformation, especially when it targets migrants or comes from the Russian government.

Critics have lambasted the board as an Orwellian "Ministry of Truth" established to silence people with certain political views. Many have cited Jankowicz's role running the board as especially troubling, accusing her of spreading disinformation herself.

Observers have flagged, for example, how in October 2020 Jankowicz dismissed the New York Post's reporting on emails from Hunter Biden's abandoned laptop, with the Associated Press quoting her as saying, "We should view it as a Trump campaign product."

Jankowicz continued to cast doubt on the authenticity of Biden's laptop in the ensuing months, suggesting it was the result of Russia pushing "influence narratives, including misleading or unsubstantiated claims about President Biden."

The laptop and the emails contained on it have seen been verified as genuine.

Jankowicz also touted the thoughts of former MI6 agent Christopher Steele on disinformation. Steele is the author of the Steele dossier, which contained several salacious and since-debunked claims about Donald Trump and his alleged ties to Russia.

Beyond the Trump-Russia story, Jankowicz dismissed the theory that COVID-19 leaked from a lab in Wuhan, China, saying it was "politically convenient" for the Trump administration to entertain the idea.

Last month, regarding Elon Musk's purchase of Twitter, Jankowicz tweeted that she "shudder[s] to think about if free speech absolutists were taking over platforms, what that would look like for the marginalized communities."

At the Wilson Center, Jankowicz led a team that released a report last year on the "impacts [on social media] of gendered and sexualized disinformation on women in public life, as well as its corresponding impacts on national security and democratic participation."

According to the report, social media companies "should create a cross-platform consortium to track and respond to online misogyny, similar to existing consortiums which counter terrorism and extremism."

Jankowicz also emphasized what she described as the prevalence of misogyny in her recently published book, "How to Be a Woman Online," writing, "To be a woman online is an inherently dangerous act."

At the speaking event in Ohio last October, Jankowicz said if someone is consuming media and feel themselves "getting really emotional, there's a good chance you're being manipulated."

In 2020, however, Jankowicz said she didn't believe government should "be in the business" of fighting disinformation, appearing to contradict the mission undergirding her new DHS appointment.

Mayorkas recently acknowledged he had little to no knowledge of Jankowicz's online posts concerning disinformation before her hiring as head of the disinformation board, although he and the White House have defended Jankowicz as an expert on the topic.

Republicans lawmakers are now asking Jankowicz to testify and turn over documents about the board and her role running it.

Since the board's creation, Republicans have demanded answers on the extent of its authority. Some have even expressed support for using the government's annual funding bill to remove funding for the board.

DHS didn't respond to a request for comment for this story.