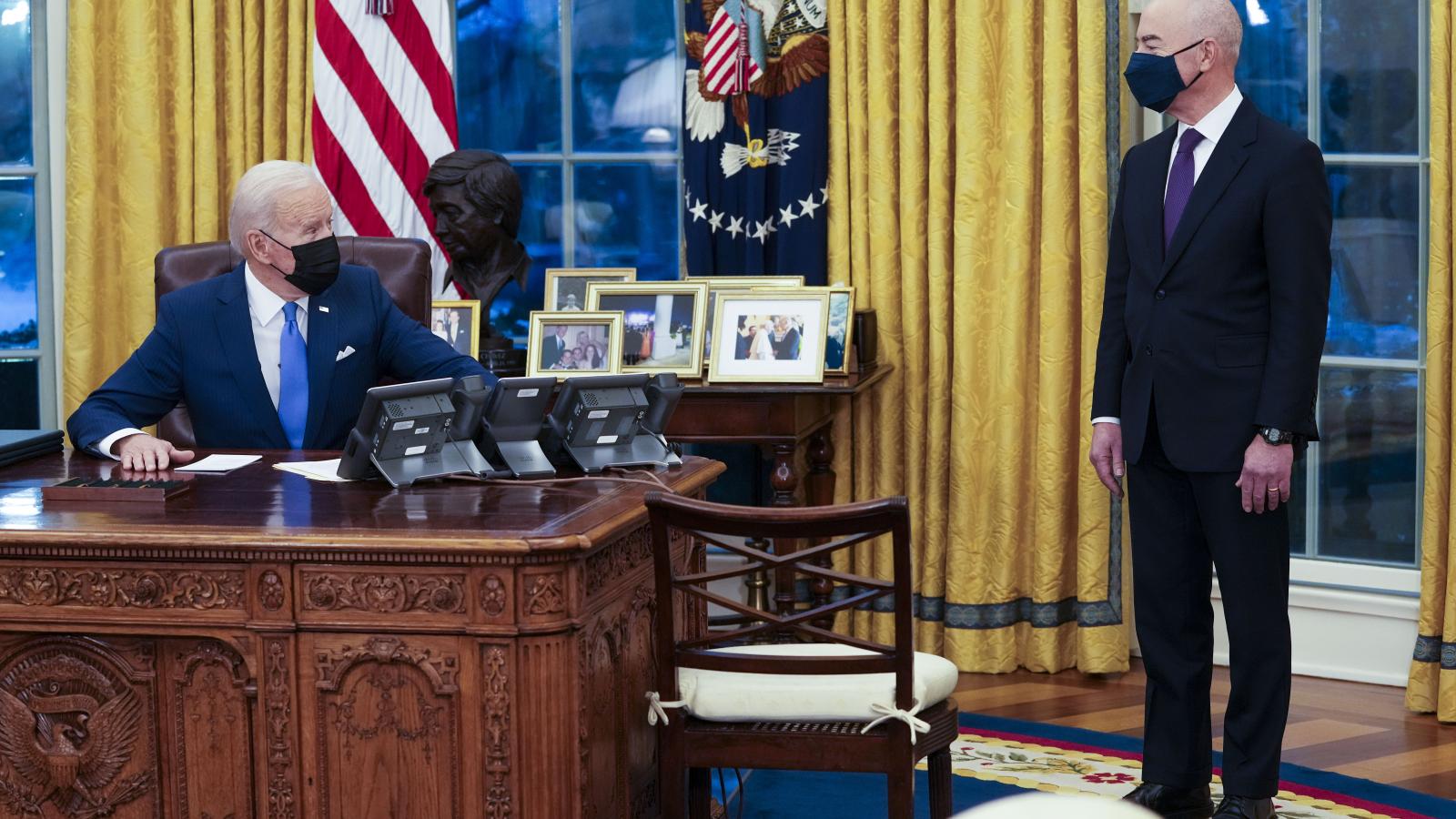 Laredo, Texas reached an agreement Wednesday to settle its lawsuit against the Biden Department of Homeland Security for transporting illegal immigrants from the Rio Grande Valley sector into the border city.

Now these individuals are being transported instead to Austin, Dallas and Houston after they are released by Border Patrol.

Laredo Mayor Pete Saenz, a Democrat, said Border Patrol is not testing the people it is releasing for COVID before they are bused out. Under the new agreement, the city is not required to test them, so they don’t have to provide care.

"The reason why we don't do testing is that once you test, there's an obligation," Saenz told MyRGV.com. "If they're positive, we're told that you have to quarantine. We don't have the infrastructure for that.

"What we're doing is coordinating with the EMC, the emergency management coordinators, in Austin and Houston, and I believe even Dallas, too ... Then, it's really up to them to continue offering PPEs, masks, hygiene, whatever they require."

"Border Patrol was very clear that they were just going to put them out in the street, in our plazas," Saenz said. "And of course, we couldn't have that.

"I know some people may say, 'You're basically transporting untested people to other cities.' And the answer is, 'Yes.' But what alternative do we have here, locally?

"At this point, we've had zero ICU beds in the last seven days. We've had people in overflow, basically waiting for a hospital bed out in the hallways. I think today we had close to 40 just waiting for a room."

President Biden "is letting all these people in knowing they have COVID," Texas Attorney General Ken Paxton told Fox News. "They are being dropped off all over the country. I was talking to some Dallas police officers. They watched ... a couple of buses unload in downtown Dallas in the middle of the night. These people just disappeared. Many of them have COVID.

"And to be lectured about masks and vaccines by the administration, to be told when you are out of the country and a U.S. citizen, you can’t come back if you have COVID, is hypocritical."

Department of Homeland Security Secretary Alejandro Mayorkas said Thursday that Border Patrol agents encountered 212,672 people who entered the southern border illegally in July, a 13% increase from the 188,000 encountered in June.

Compared to the slightly more than 40,000 encountered in July 2020, the number represents a more than five-fold increase.

The number also excludes the more than 50,000 people who evade border patrol and law enforcement every month, a conservative estimate according to border patrol officials.

Mayorkas said 95,788 people were deported under Title 42, a public health protection implemented under the Trump administration.

Of those not deported, according to former acting Commissioner of Customs and Border Protection Mark Morgan, Border Patrol released at least 40,000 people into the U.S. who tested positive for COVID-19.

"We know that everybody being released, they're not being tested," Morgan said on a Zoom video meeting sponsored by the Heritage Foundation.

"Let me give you another fact: 32 CBP personnel have died from COVID in the line of duty, nine in the United States Border Patrol, since the pandemic," Morgan added.

Mayorkas "is directing the release of up to 80% of families who have illegally entered the United States," and they are not being tested for the coronavirus or other diseases, Morgan alleged. "DHS is not testing them. So what's DHS Secretary Mayorkas's solution to all of this? 'Ah, it's up to the local communities to deal with it. It's your issue and your problem to deal with now.'"

"We are seeing an increase in positivity rate among the migrant population," Mayorkas said Thursday in official remarks delivered in Brownsville, Texas. "We built an architecture to test and isolate the migrants who make a legal claim for asylum. With respect to unaccompanied children, they are tested and cohorted on intake, before we move them as rapidly as possible to the shelter of Health and Human Services. With respect to families, we continue to operate centers where families are tested and isolated as needed. We are working and have established a system with non-governmental organizations in the communities to test and isolate, family members, as a situation warrants."

"Before the Biden administration, the border had leaks," he wrote. "Now it is broken beyond repair, and there is no doubt about the policies that have wrecked it. Border security was never intended to be a suggestion or a political lightning rod. It has real, tangible implications for all of us. Sadly, the federal government’s refusal to secure the border and enforce our laws endangers public safety and deteriorates American sovereignty in ways that we have never seen."