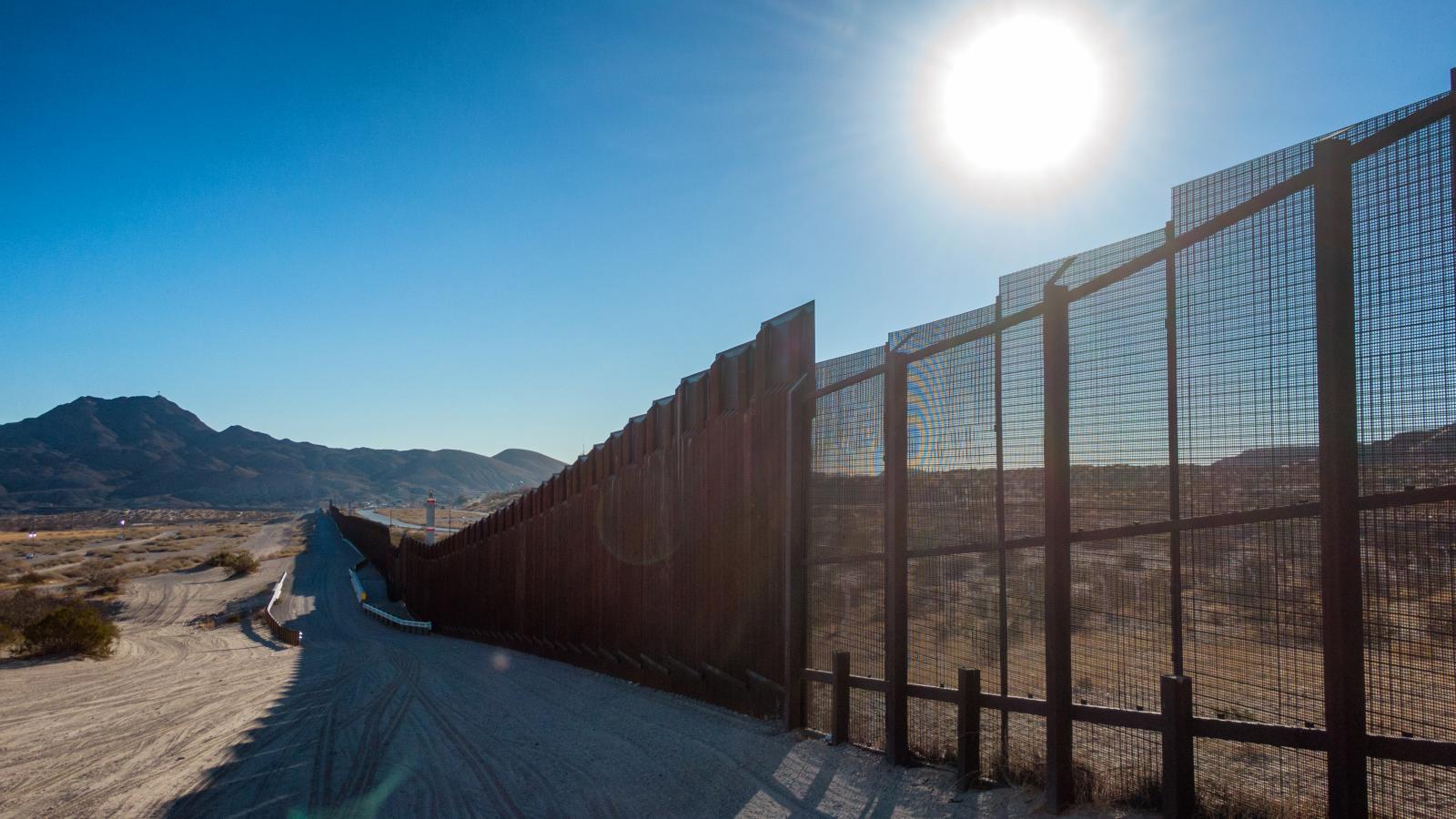 International border between the U.S. and Mexico.
(Stock photo)
By Bethany Blankley

The Biden administration on Thursday said it will begin to comply with a federal order to reinstate the Trump-era "Remain in Mexico Policy," known as the Migrant Protection Protocols (MPP), by mid-November.

MPP requires those applying for asylum in the U.S. to remain in Mexico while they wait for their immigration hearing, which often takes years.

On his first day in office, President Joe Biden suspended MPP, along with other immigration laws and policies, resulting in a record number of people pouring across the southern border illegally.

By June, the MPP was officially ended by DHS Secretary Alejandro Mayorkas, who claimed it wasn't an effective policy, despite National Border Patrol Council President Brandon Judd, who represents all Border Patrol agents, arguing the MPP was one of the most effective tools implemented to allow agents to do their jobs and secure the border.

Since the floodgates opened at the border, those claiming asylum, instead of waiting in their home countries or in Mexico for their immigration hearing to take place, were granted entry into the U.S., with no way to enforce them returning to a hearing.

The MPP, however, also relies on the Mexican government to comply. Former President Donald Trump, who had a good relationship with the Mexican president, negotiated an agreement between the two countries, as well as with the leaders of the three Northern Triangle countries. However, Biden and Vice President Kamala Harris didn't pursue the same negotiations, despite Harris going to Mexico to address the "root cause of immigration."

"Mexico is a sovereign nation that must make an independent decision to accept the return of individuals without status in Mexico as part of any reimplementation of MPP," DHS said in a statement. "Discussions with the Government of Mexico concerning when and how MPP will be reimplemented are ongoing."

According to court filings filed Thursday, the Justice Department said it was working to comply with the order and resume the policy in mid-November, the Associated Press first reported. And to speed up the immigration hearing process, it has hired contractors to begin constructing large-scale "court tents" in the Texas cities of Laredo and Brownsville.

Building the tents and setting up a court process will cost $14 million, the Washington Post reports. Maintaining them will cost taxpayers $24.6 million a month to operate. Asylum-seekers who have reportedly returned to Mexico would have their immigration status hearings in the tent cities.

There is currently a backlog of at least 1.4 million cases.

But, as Paxton and Gov. Greg Abbott have argued, what the administration says it plans to do, isn't consistent with what it actually does.

Mayorkas has claimed the border is closed, yet thousands of people continue to enter the U.S. illegally along southern border checkpoints every day — processed by Border Patrol. Likewise, the administration is still releasing the majority of asylum seekers into the U.S. through the Office of Refugee Resettlement, working with NGOs throughout the country.

U.S. District Judge Matthew Kacsmaryk in Amarillo, Texas, has said it is possible that the administration would still try to end the MPP in the future another way. On Wednesday, Paxton vowed to "hold the administration accountable," adding that another lawsuit was coming soon.