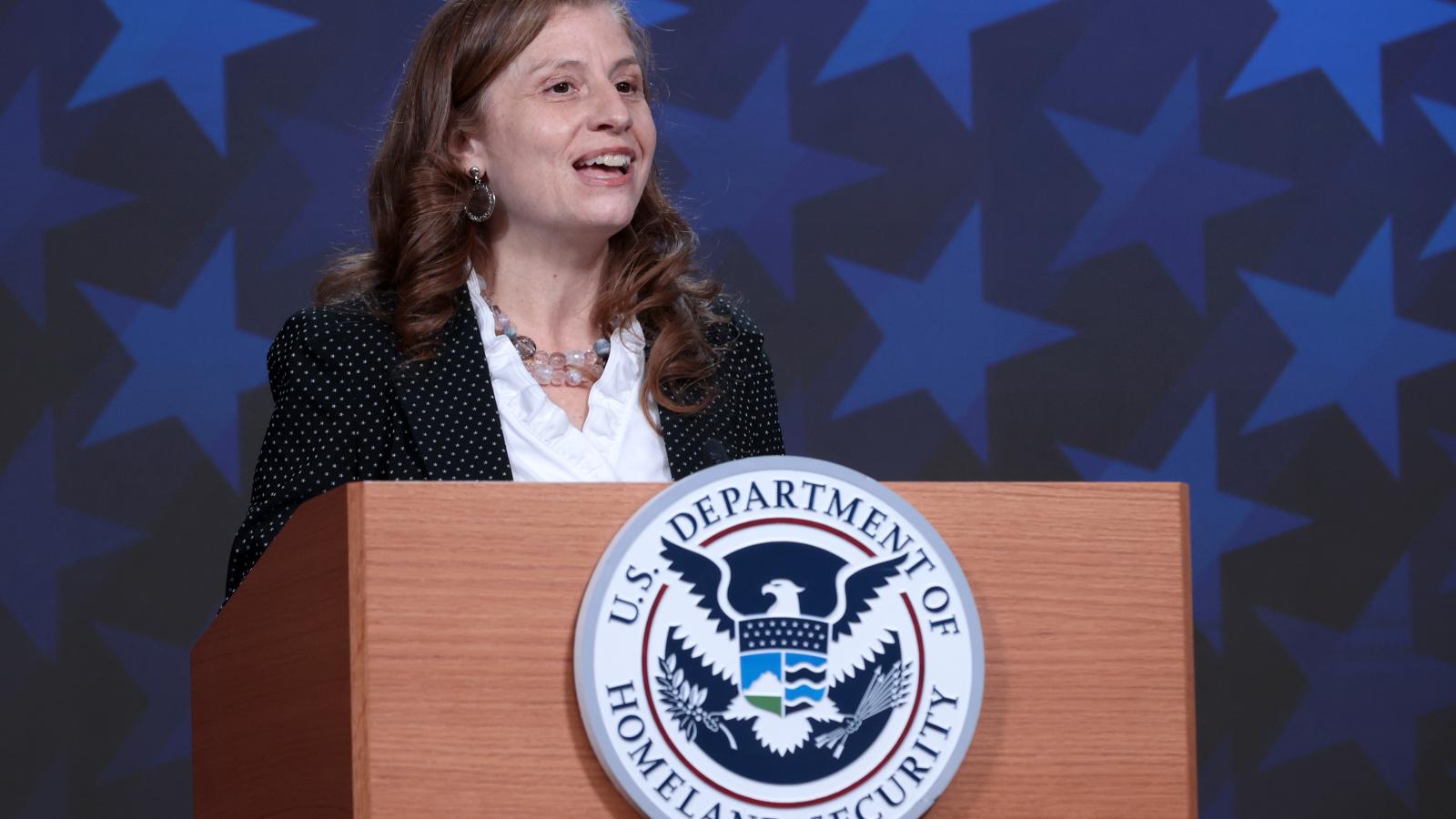 The Biden administration's U.S. Citizenship and Immigration Services updated its mission statement on Wednesday to reflect "the inclusive character of both our country and this agency."

The new mission statement reads, "USCIS upholds America's promise as a nation of welcome and possibility with fairness, integrity, and respect for all we serve."

The previous mission statement by the Trump administration read, "U.S. Citizenship and Immigration Services administers the nation's lawful immigration system, safeguarding its integrity and promise by efficiently and fairly adjudicating requests for immigration benefits while protecting Americans, securing the homeland, and honoring our values."

USCIS Director Ur M. Jaddou said in a press release announcing the new statement: "At its core, USCIS is about delivering decisions to families, businesses, workers, and those seeking refuge in our country on their applications, petitions, requests, and appeals. This new mission statement reflects the inclusive character of both our country and this agency. The United States is and will remain a welcoming nation that embraces people from across the world who seek family reunification, employment or professional opportunities, and humanitarian protection.

"The work of USCIS makes the possibility of America a reality for immigrants, the communities and economies they join, and the nation as a whole. At USCIS, we know that every time we grant an immigration or naturalization benefit, we are fostering the opportunity to help us build a stronger America. And when we offer refuge to those in need of protection we are living up to our nation's highest ideals.

"USCIS is committed to ensuring that the immigration system we administer is accessible and humane. As we look towards the future, my commitment will remain the same — USCIS will continue to serve the public with respect and fairness, and lead with integrity to reflect America's promise as a nation of welcome and possibility today and for generations to come."

Rep. Andy Biggs (R-Ariz.) reacted to the new mission statement on Wednesday. "Yet again, Secretary Mayorkas's DHS is wasting time on issues that do not keep our country safe or stop the ongoing crisis at our border," he told Just the News. "USCIS should be focused on protecting Americans and serving our national interests, not woke-ifying its mission statement."

The agency's new statement comes amid record-high arrests of border crossers by U.S. Border Patrol last year, at 1.9 million, and a record 178,840 illegal encounters at the southern border for December 2021. About 20% of those apprehended were released into the U.S. as they awaited their asylum hearings, according to the Wall Street Journal.

On Wednesday, Biggs sent a follow-up letter to Department of Homeland Security Secretary Alejandro Mayorkas after his department took eight months to respond to the congressman's letter asking about DHS releasing illegal immigrants into the U.S. without a court date before an immigration judge.

"The data that you provided in your response confirms what I have long suspected, which is that under your leadership the Department of Homeland Security (DHS) is failing to faithfully execute the laws passed by Congress," Biggs wrote in his new letter.

As a result of the increase in illegal immigrants entering the U.S., many Americans have become victims of other crimes committed by the border crossers, including murder and DUI.