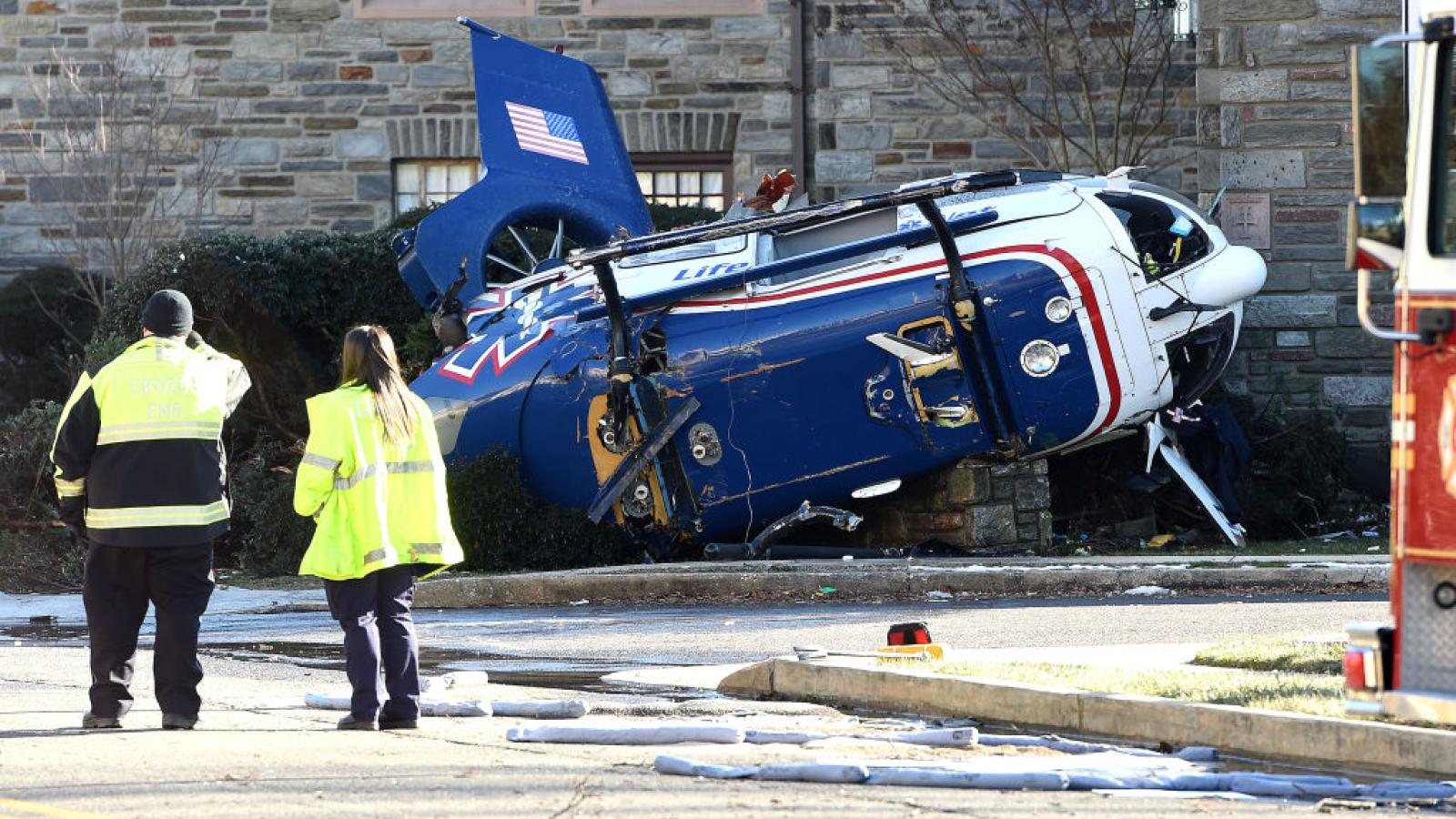 A medical helicopter with four people aboard, including an infant, crashed Tuesday afternoon near the Drexel Hill United Methodist Church in Pennsylvania.

The aircraft was flying from Maryland to the Children's Hospital of Philadelphia when it went down. All four people aboard the flight survived.

One emergency official at the scene told a local NBC affiliate, "It's an absolute miracle."

The pilot reportedly suffered the most severe injuries of the group.