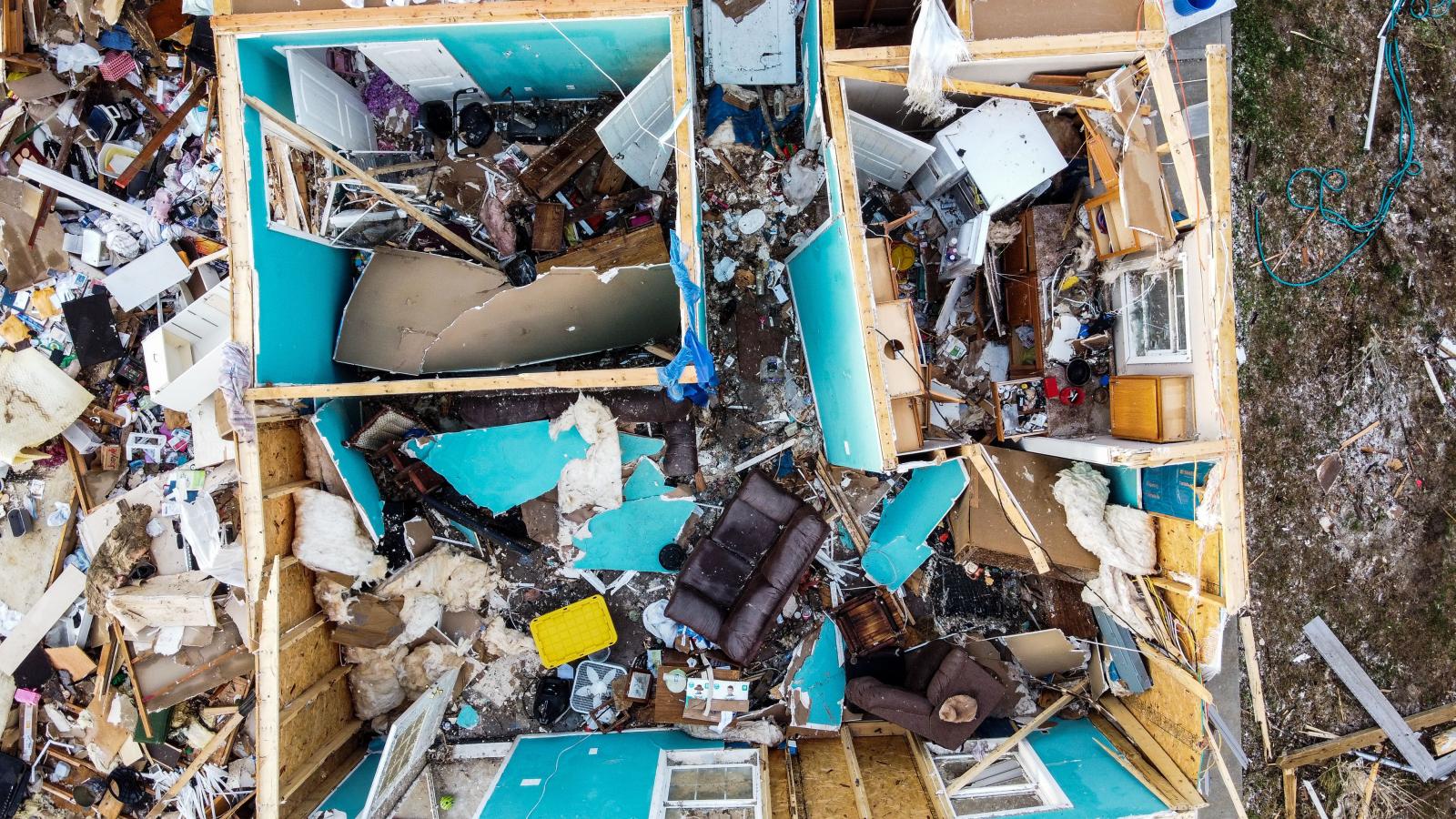 Kentucky's department of workplace safety will investigate a candle factory after eight employees were killed by a tornado in Mayfield, Ky., over the weekend.

Employee Haley Conder told The Associated Press, "Not one supervisor told us what was really going on.” She said employees sheltered after the first tornado siren, but went back to business as usual shortly thereafter.

“Some of us were just clueless,” she said. “Unless family called us and let us know... we had no idea it was coming for us at all.”

Conder said her supervisor threatened to give her a write-up if she left work early.

Employee Mark Saxton said he was not threatened with a write-up, but said, "I feel like production was a priority over letting everybody go home."

Surveying the scene, Kentucky Pastor Joel Cauley said, “It was almost like you were in a twilight zone. You could smell the aroma of candles, and you could hear the cries of people for help. Candle smells and all the sirens is not something I ever expected to experience at the same time.”

Gov. Andy Beshear, D-Ky., said the investigation "shouldn’t suggest that there was any wrongdoing. But what it should give people confidence in, is that we’ll get to the bottom of what happened."

Investigations are routine when someone dies in a workplace.

The federal Occupational Safety and Health Administration is conducting an investigation after an Illinois Amazon warehouse collapsed, killing six people on Friday.

The weekend tornadoes' death toll is 88, but that number is expected to rise.

President Joe Biden is expected to visit Kentucky on Wednesday.