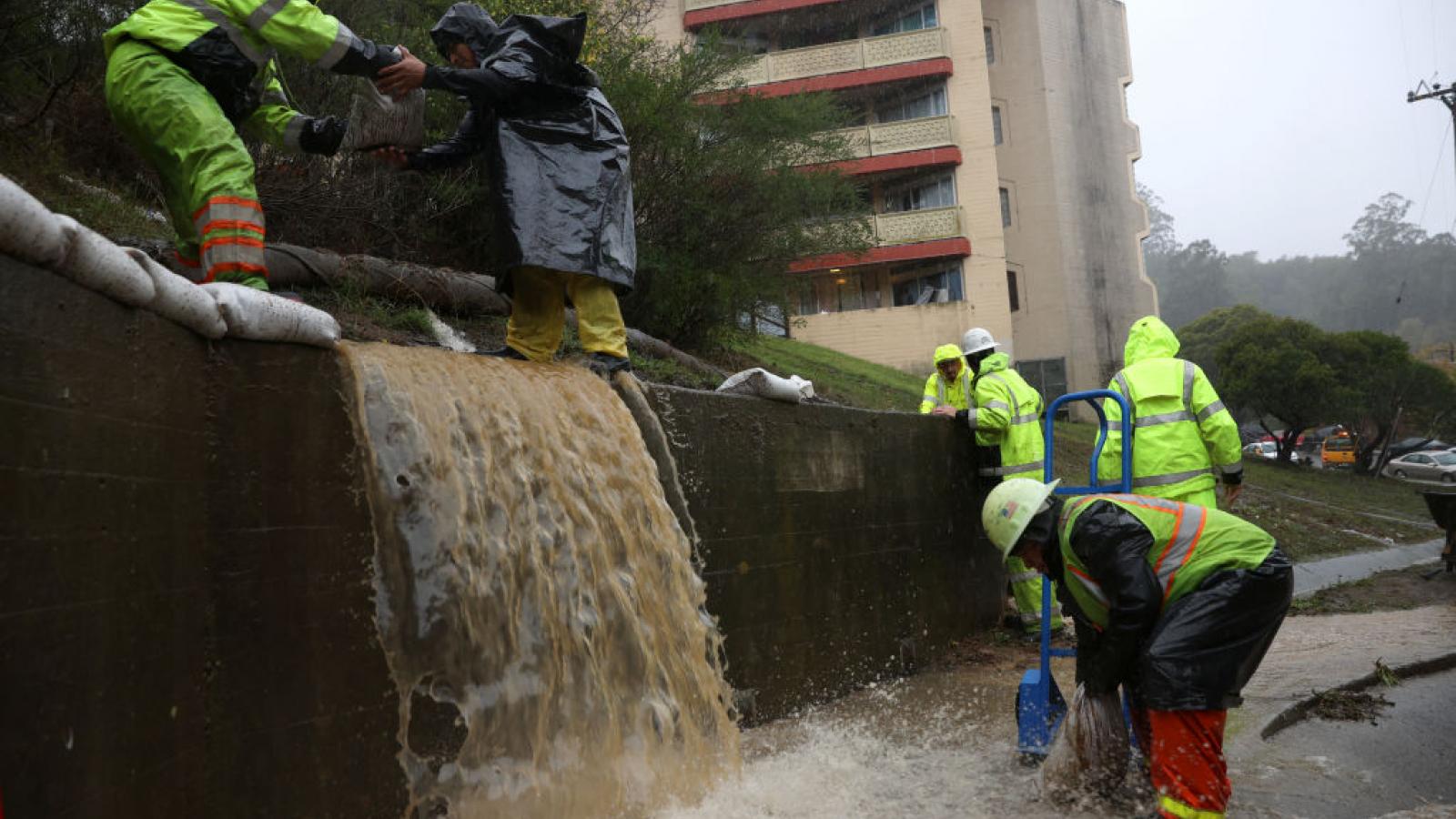 The powerful Pacific storm that has flooded much of Northern California moved Monday morning into the southern region of the state – flooding roads, downing trees and creating mudslides.

The National Weather Service's Sacramento office says the long, wide plume of moisture pulled in from the Pacific Ocean on Sunday is resulting in "potentially historic rain."

The flooding in the San Francisco Bay Area this past weekend closed streets in Berkeley, resulted in overflowing of rivers in Napa and Sonoma counties and knocked out power to tens of thousands of people in the North Bay area, according to the Associated Press.

In California's Colusa and Yolo counties, state highways were closed for several miles due to mudslides, the state Department of Transportation said.

The massive storm system also hit Oregon and Washington state, resulting in the deaths of two Seattle-area motorists when a tree fell on their vehicle, the wire service also reports.

Officials are especially concerned about areas ravaged by recent wildfires, leaving them barren and susceptible to flash flooding and mudslides.

"If you are in the vicinity of a recent burn scar and haven't already, prepare now for likely debris flows," the Sacramento weather service tweeted. "If you are told to evacuate by local officials, or you feel threatened, do not hesitate to do so. If it is too late to evacuate, get to higher ground."