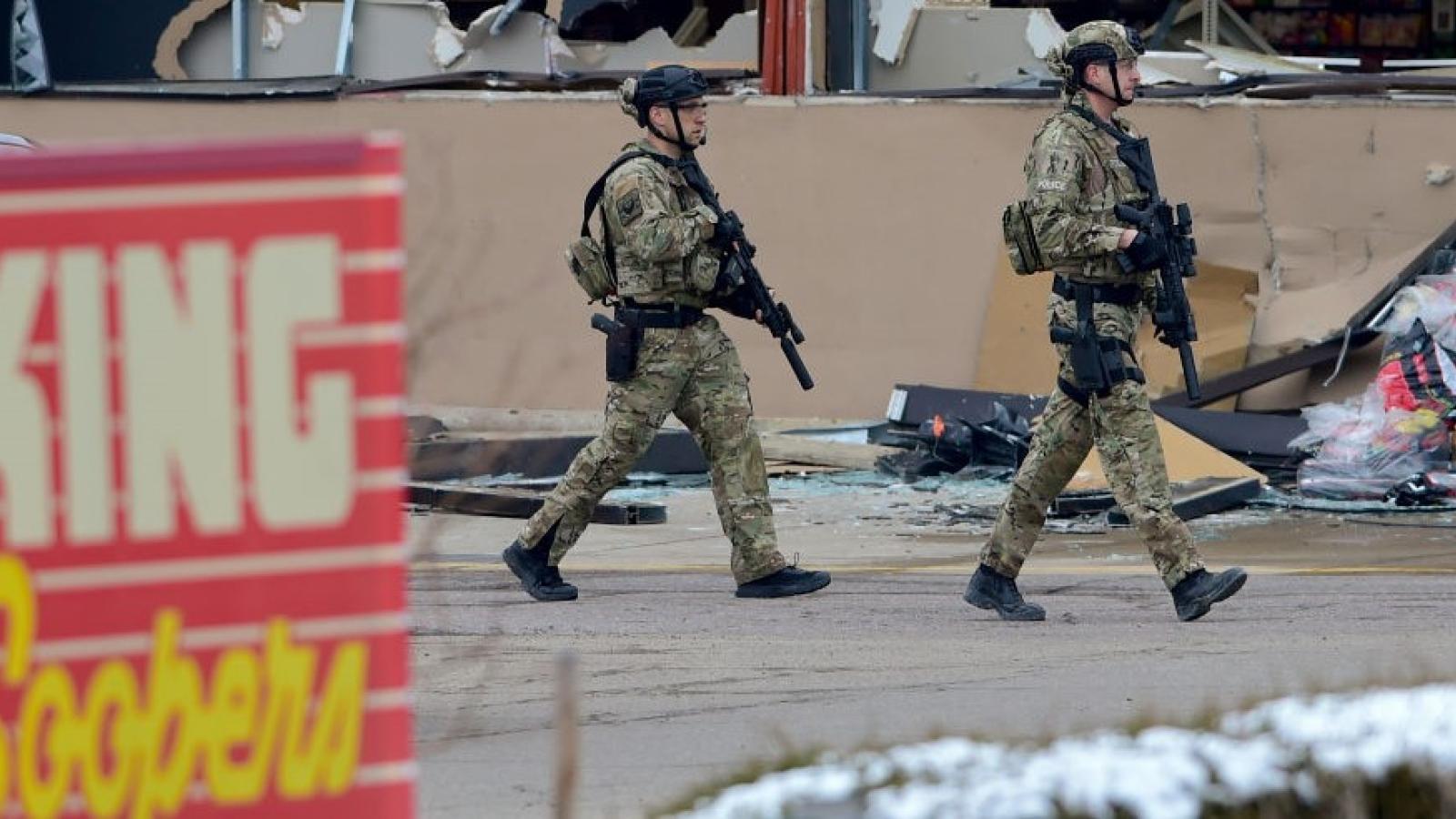 More details are emerging about Ahmad Al Aliwi Alissa, 21, the primary suspect in a shooting rampage Monday that left 10 dead in a King Soopers grocery store in Boulder, Colo.

Alissa's now-deleted Facebook page said he was "born in Syria in 1999 came to the USA in 2002," the Daily Beast reported.

"He included postings about Islam, such as its prayers and religious holidays, on his account — and shared another person's thoughts the day after the mosque massacres in Christchurch, New Zealand, that killed 51 people in 2019," The New York Post wrote.

"The Muslims at the #christchurch mosque were not the victims of a single shooter," read the post on Alissa's page, according to the Daily Beast. "They were the victims of the entire Islamophobia industry that vilified them."

A screenshot of a post allegedly from the man's Facebook page shows the comment "Yeah if these racist islamaphobic people would stop hacking my phone and let me have a normal life I probably could." The name of the Facebook account shown in the screenshot is Ahmad Al Issa.

Another screenshot of a post allegedly from that account includes the comment"Trumps such a dick" posted along with a link to a Washington Post analysis piece titled "The Trump approach to refugees, visualized."

A comment on another screenshot allegedly from a post from the man's account states: "He inherited a growing economy and the unemployment rate was low the economy was on a upward spiral he won because of racism." That comment also appears to pertain to Trump, based on the article shared in the post.

Alissa's mental health was also called into question. Ali Aliwi Alissa, the suspect's 34-year-old brother, told The Beast that his brother was "very anti-social" and paranoid, adding that, in high school, he would claim he was "being chased, someone is behind him, someone is looking for him."

"When he was having lunch with my sister in a restaurant, he said, 'People are in the parking lot, they are looking for me.' She went out, and there was no one. We didn't know what was going on in his head," Alissa said. The suspect's brother also expressed certainty the shooting was "not at all a political statement, it's mental illness."

According to an arrest affidavit, obtained by The Daily Beast and other news outlets, a family member told police that Alissa had been playing with a "machine gun" just two days before the shooting and "had been talking about having a bullet stuck in the gun." The affidavit also states that Alissa purchased a Ruger AR-556 pistol on March 16.

On Monday, the Boulder Police Department purportedly received "multiple" calls about Alissa, including one that he was armed with a "black AR-15" and "might have body armor on," the affidavit states.