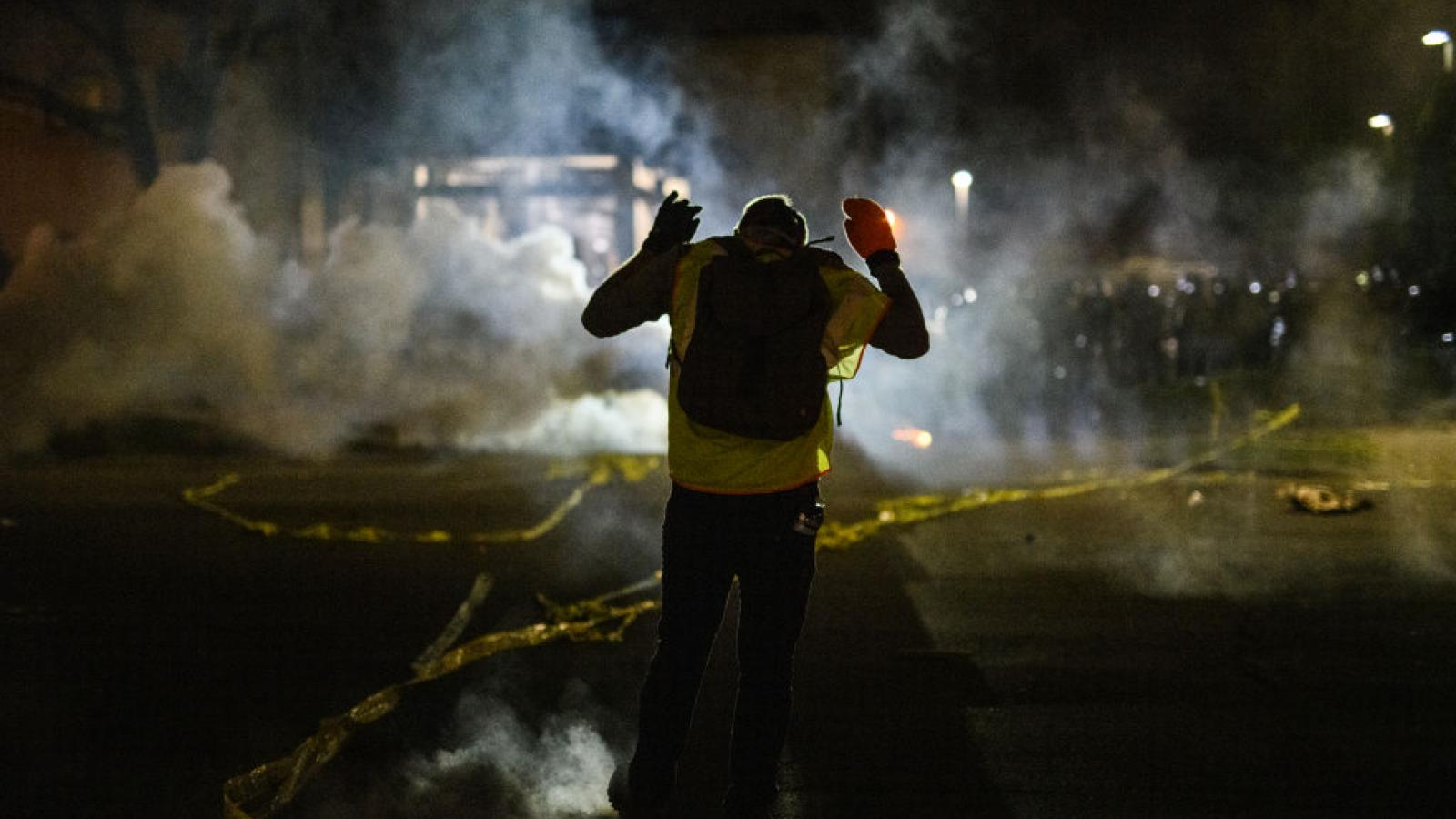 A police officer in Minnesota who shot a black man during a traffic stop mistook her gun for a Taser, police said Monday.

Tim Gannon, chief of police for Brooklyn Center, outside Minneapolis, said the motorist, Daunte Wright, 20, died as a result of the "accidental discharge"  of a firearm by the officer, who has been placed on administrative leave.

The bodycam footage showed Wright stepping out of his car, then jumping back in and driving off.

Video of the incident, in the backdrop of the third week of the George Floyd trial in Minneapolis, shows two other officers approaching Wright's car and the officer who fired the shot standing behind them," according to USA Today.

Ex-Minneapolis police Officer Derek Chauvin faces murder and manslaughter charges in connection with the May 2020 death of Floyd, a black male, while in police custody.