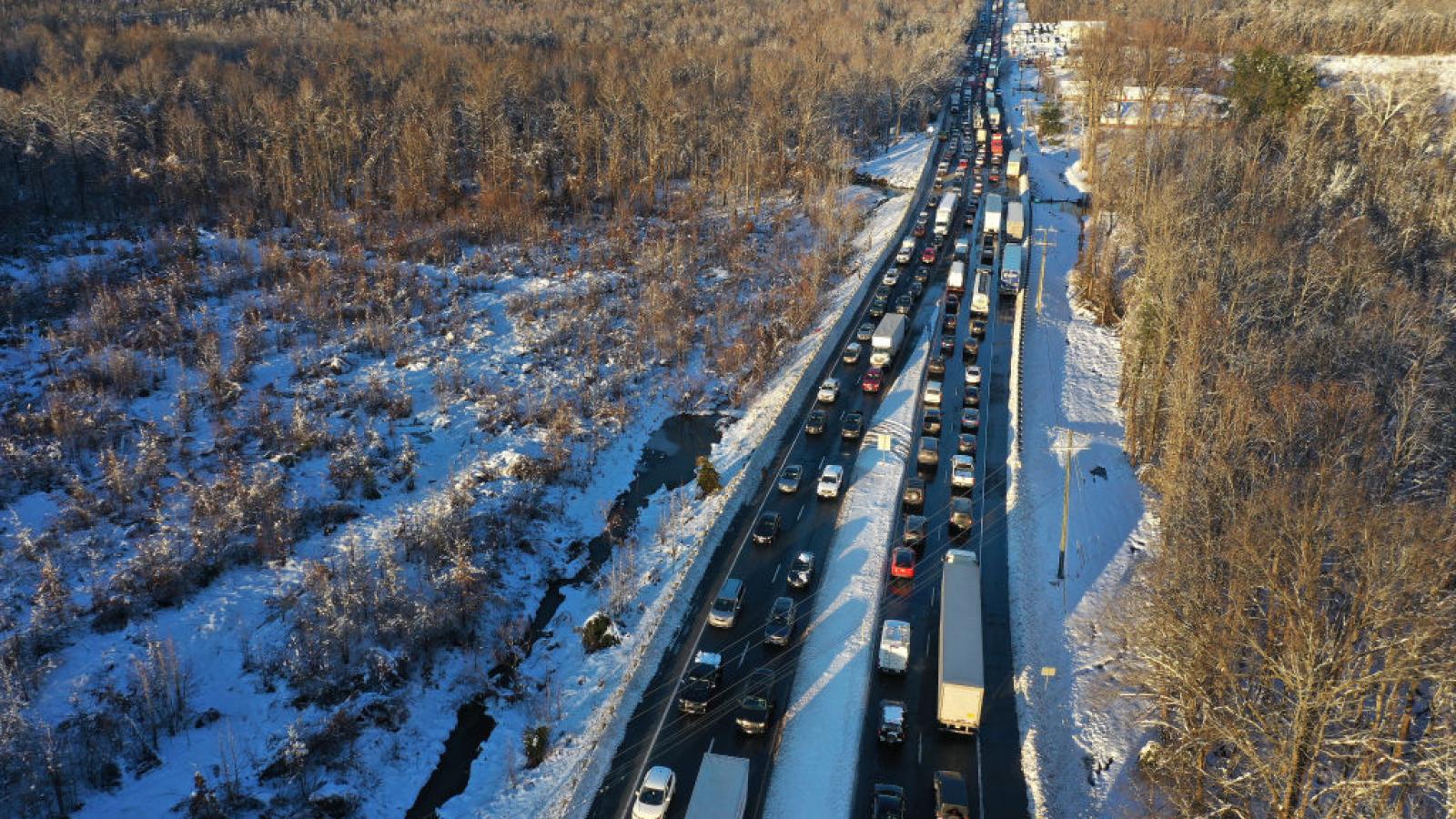 Virginia Democratic Gov. Ralph Northam and other state officials are defending their preparation and response to the winter storm this week that dumped roughly a foot of snow on the Mid-Atlantic region and created such slick, icy road conditions that motorists in the commonwealth were stranded overnight on Interstate-95 in a backup that reached 48-miles long.

"We all need to be clear that this was an incredibly unusual event," said Northam, who did not activate the National Guard or declare a state of emergency on Monday when the deadly, fast-moving storm arrived.

On Monday morning, a truck jackknifed on the highway between Washington, D.C., and Richmond, creating a chain reaction in which other vehicles began to swerve out of control and collide. Traffic came to a total halt as snow fell at a rate of an inch or two an hour.

"That was entirely too much for us to keep up with. Consequently, with the amount of traffic that we had on the interstate, the trucks and the cars couldn’t make it up and down the hills because we had too much snow and ice out there," said Marcie Parker, the Virginia Department of Transportation engineer who lead's the commonwealth's effort to clear the interstate.

Virginia Sen. Tim Kaine and others were in their vehicles for as long as 27 hours, as emergency crews tried to clean the road of ice, snow and accidents, while also attending to the stranded motorists.

Interstate-95 is the major highway from Florida to New England.

No death were reported as a result of the backup, but the storm is being blame for at least five other deaths including three people in suburban Maryland whose vehicle reportedly struck a snowplow.

Northam leaves office later this month as a result of term limits.

Meera Rao, who was traveling with her husband following a visit with their daughter in North Carolina, told the Associated Press that over the course of thee 16 hours that they were stuck, "not one police (officer) came."

"It was just shocking. Being in the most advanced country in the world, no one knew how to even clear one lane for all of us to get out of that mess?" she said.

It wasn't until about 8:30 pm on Tuesday that the Virginia DOT reopened the road. It is not clear how many vehicles were caught on the road for many, many hours, though photographs of the matter show the number to be well into the hundreds, if not thousands.

The Virginia DOT has promised to take an "exhaustive look" at the Monday into Tuesday incident.