No serious injuries have been reported. 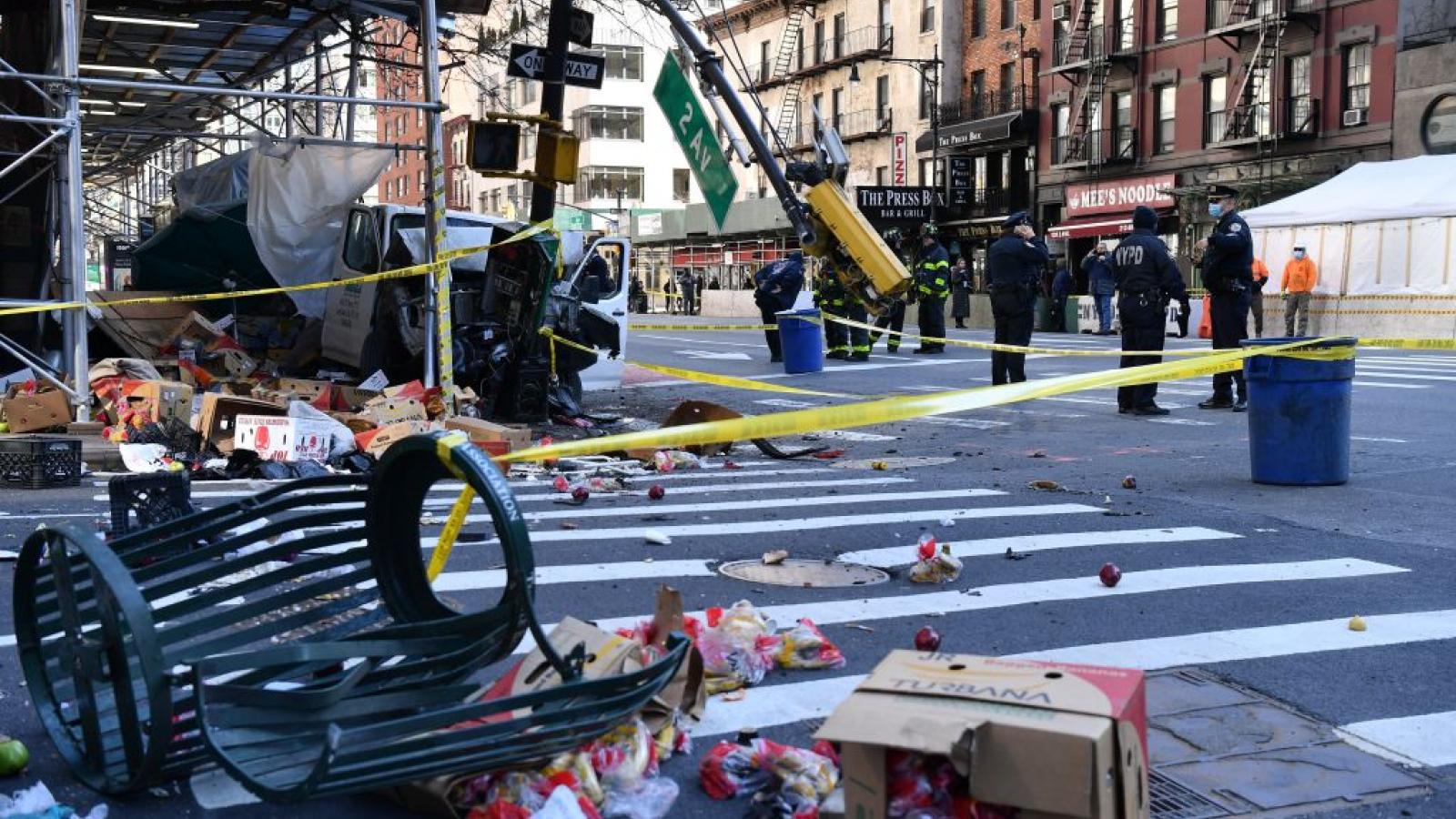 A van driver smashed into a black Toyota Camry on Friday morning in New York City's Manhattan, causing injuries to several people and damage to a restaurant's outdoor dining area and a fruit stand as debris went flying across the street.

As the white van made its way down Second Avenue, police say, the driver smashed into the black Camry, causing airbags to deploy and sending the car spinning into an outdoor dining area. The chaos continued another block south as the van attempted to continue, until it smashed into a fruit stand, injuring seven people.

"Luckily, no one got hurt," restaurant owner Zach Israel told CBS2 regarding the impact the accident had on his restaurant and customers. "We had people seated in all these little huts. Luckily, just some debris made it over here, nothing more than that,”

The driver and passenger in the Toyota were taken to the hospital with minor injuries. Two children hit by flying debris also needed medical attention. According to FOX5 NY, the 66-year-old van driver was arrested on suspicion of driving while intoxication.