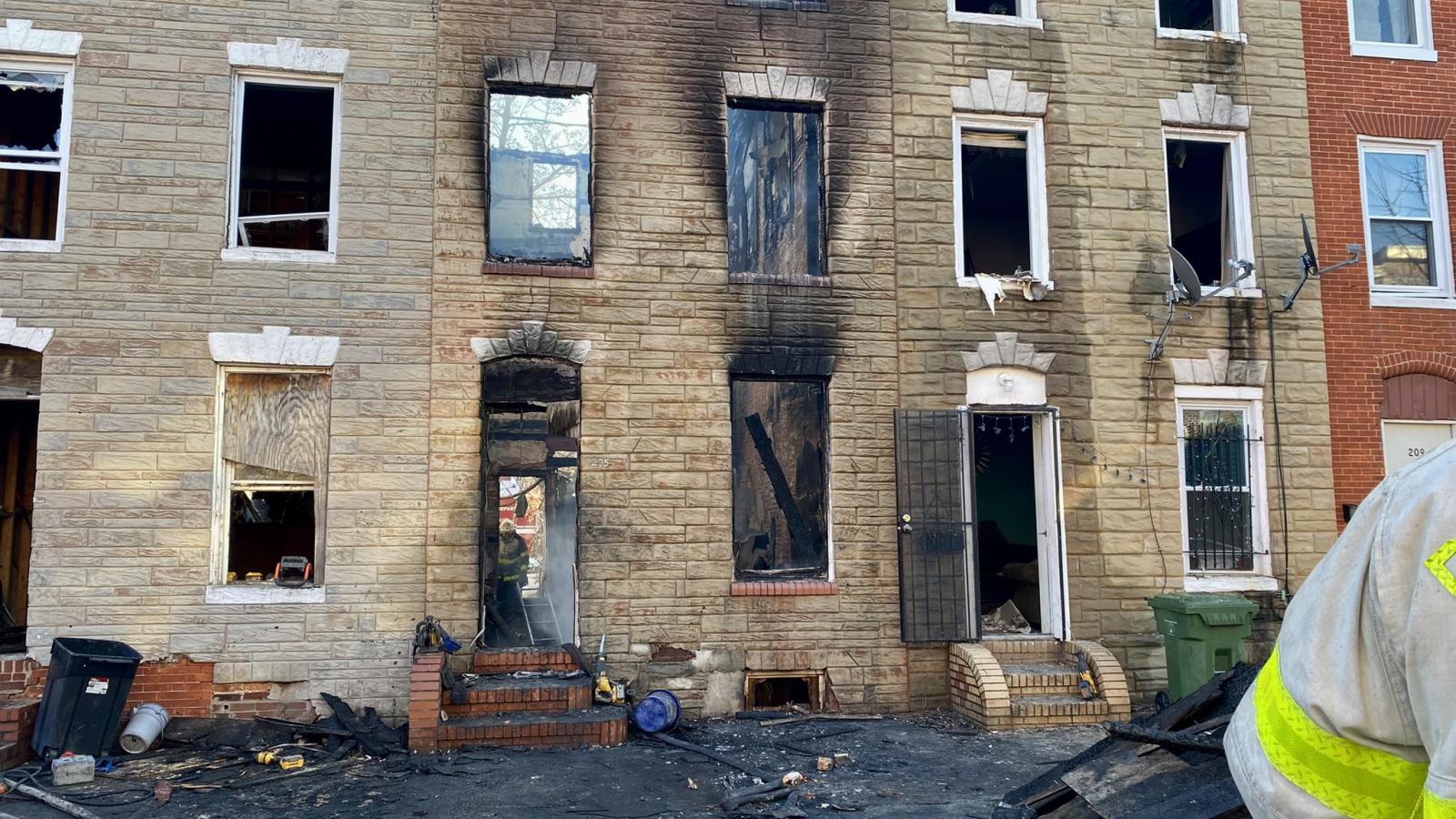 Baltimore Fire Chief Niles Ford said the department responded to a 2-alarm fire in a 3 story vacant rowhome when a "partial collapse occurred," trapping four first responders. While one firefighter was immediately pulled out of the building, three remained trapped as firefighters worked to pull their colleagues from the rubble.

"There are no words to describe the pain and the severity of the losses we have suffered today," Baltimore Mayor Brandon Scott said on Twitter. "My heart is with the Firefighters, their families, and the entire Baltimore City Fire Department who put the lives and safety of others before their own wellbeing each and every day. I ask that all of Baltimore keep them in our prayers during this extremely difficult time."

Maryland Gov. Larry Hogan ordered all flags in the state to be lowered to half-staff in remembrance of the fallen firefighters.

"Our hearts are broken for the entire Baltimore City Fire Department as three of our bravest have fallen in the line of duty," Hogan said. "Each and every day, our firefighters and first responders answer the call and are ready to run into danger--this is our worst nightmare."