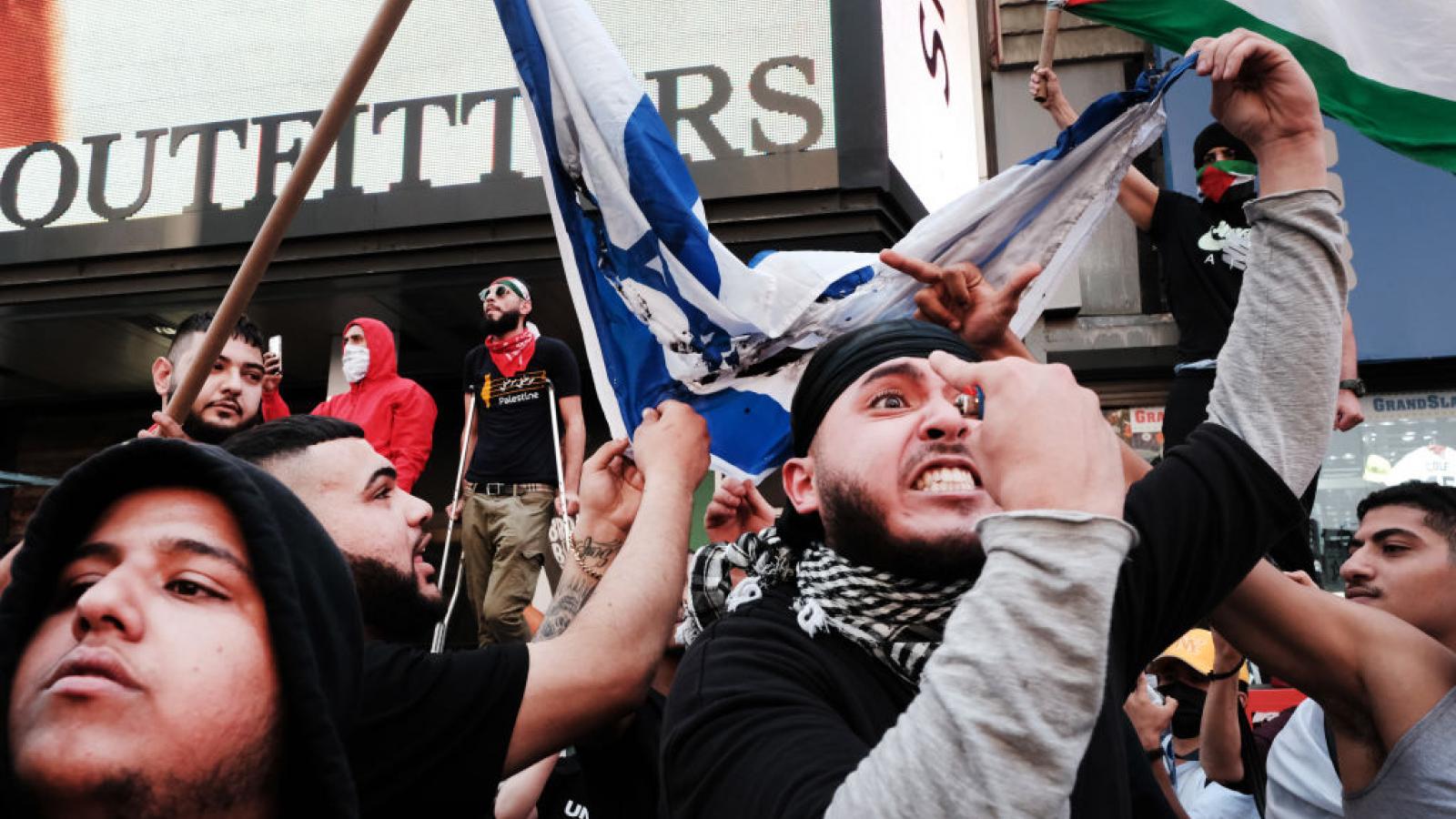 Pro-Palestinian protestors face off against Israel supporters and police in Times Square on May 20, 2021
(Spencer Platt/Getty Images)
By Alex Nitzberg

Video footage shows violent skirmishes. The New York Post reported that police made multiple arrests and that people from the two factions mostly had left the area by 7:30 p.m.

Following more than a week of deadly conflict in the region, Israel and Hamas agreed to a ceasefire on Thursday.