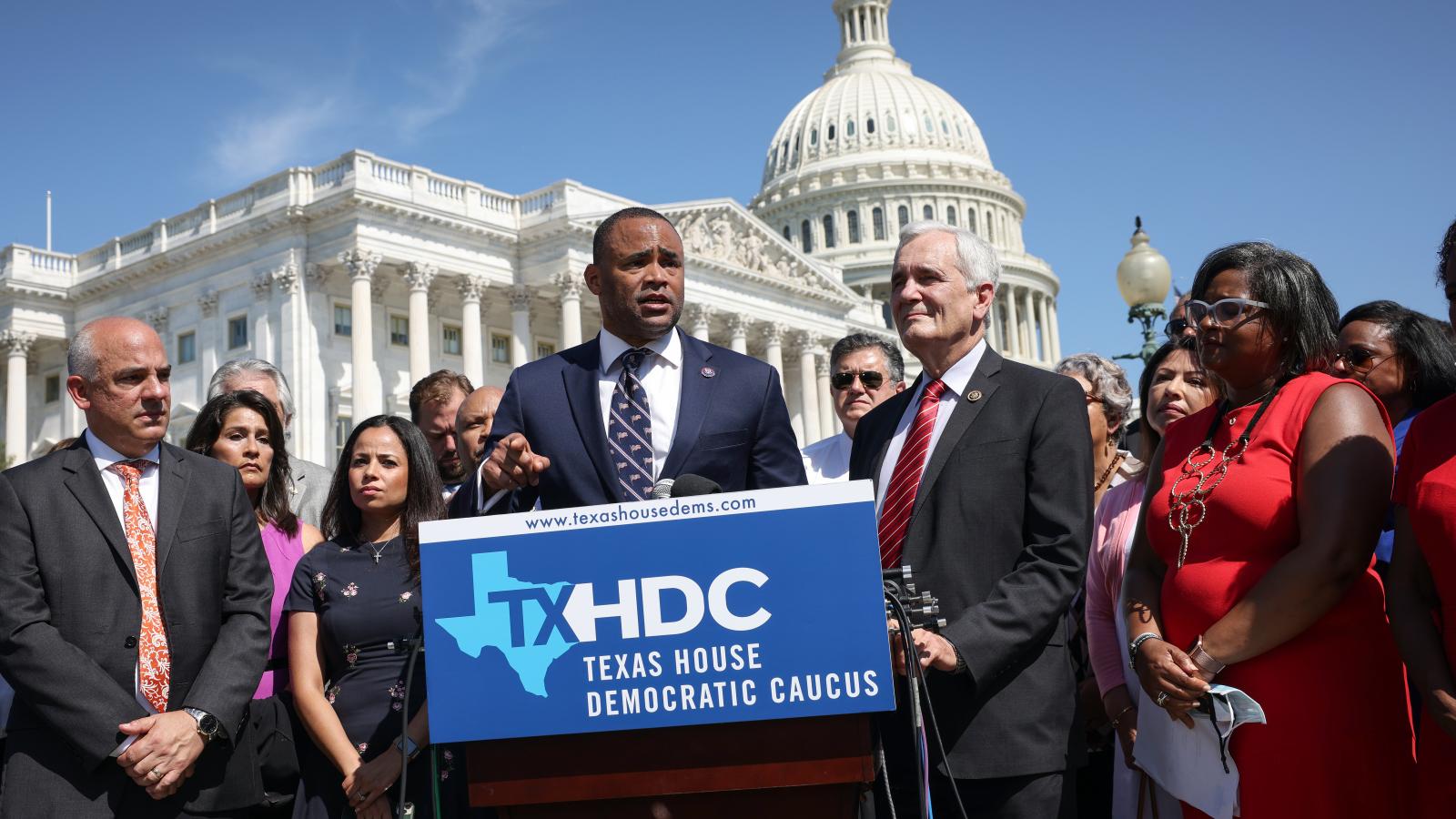 Over 100 state lawmakers from nearly 30 states are joining Texas Democrats on Capitol Hill in their effort to pass congressional Democrat voting reform legislation known as the For the People Act.

Among those are state representatives and state senators who are upset with recent changes to the voting laws in their states including Arizona, Florida and Georgia, according to The Hill newspaper.

Republican lawmakers in those states have either trying to or have succeeded in passing laws that further secure their voting systems.

The state legislators are participating in a "week of action" before the Senate goes on it summer recess. The House is already out for the remainder of the summer, though members are on standby to return to vote on an infrastructure deal.

Arizona state Rep. Jennifer Longdon, a Democrat, said it was the responsibility of the legislators to protect the right to vote.

“The freedom to vote is under unprecedented attack by extremist lawmakers in states across the country," Longdon said. "Every Democrat in the U.S. Senate should feel urgency to pass legislation protecting the right to vote."

The Brennan Center for Justice reported last month that between Jan. 1 and July 14, at least 18 states enacted 30 new laws that restrict access to voting.

The House passed the For the People Act in March, but Senate Republicans have blocked the passage of the bill in the upper chamber.

For the People Act would extend early voting and mail-in ballots, allow online voting and same day registration, establish Election Day as a federal holiday and change campaign finance laws to impose stricter limitations on foreign lobbying and require super PACs and other organizations to disclose their donors.