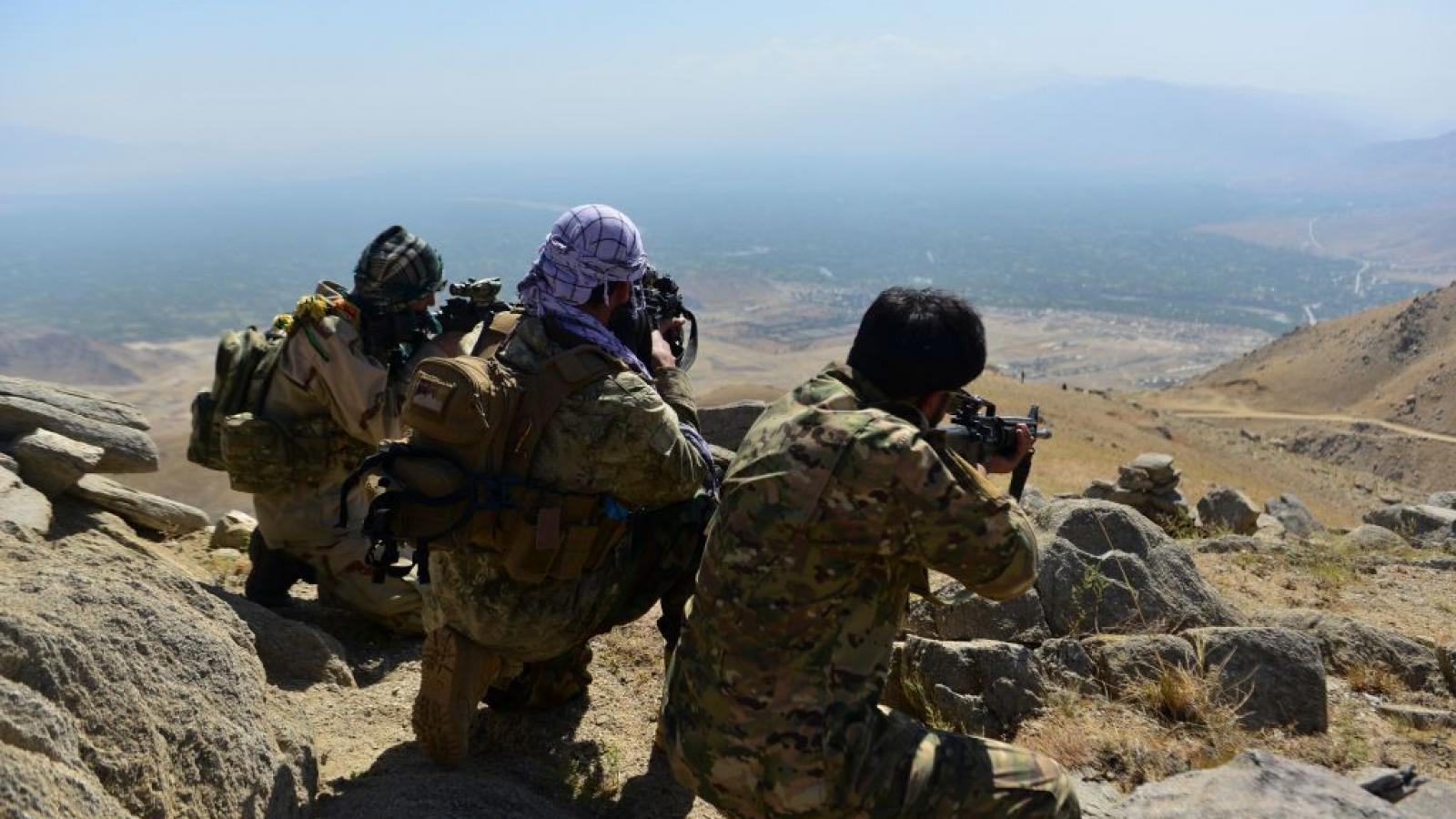 Anti-Taliban opposition fronts are spreading beyond Panjshir and into other areas of Afghanistan, resistance leaders said Wednesday after collapsed political negotiations signaled the likelihood of civil war.

"We continue to resist," opposition leaders wrote Wednesday on social media, noting that their efforts soon will expand "with the development of fronts to other parts of the country and with the support of our people who do not accept Taliban sovereignty at any cost."

Amir Khan Muttaqi, a top Taliban official, said that negotiations with the Panjshir opposition had fallen through. "Now that the talks have failed and [Taliban] have surrounded Panjshir, there are still people inside that don't want the problems to be solved peacefully," the National Review quoted him as saying. The Amaj News Agency on Twitter attributed similar remarks to him.

The quote brought comments promising to settle disputes on the field of battle. "If you could capture it by force you wouldn't beg to negotiate," one person wrote. "You have started the war we will finish it."

The resistance movement took hold in the mountains of Panjshir as the Taliban increasingly swept across Afghanistan, seizing the capital city of Kabul last month. The movement, known as the Second Resistance, and referred to in the U.S. as a rekindled Northern Alliance, rallied around Ahmad Massoud, the son of a legendary resistance leader who stood up to Soviet and Taliban forces.

As the Taliban tightened their grip on Afghanistan, they reportedly grew increasingly alarmed that the Panjshir group possessed sophisticated weapons and equipment, including attack helicopters and surface-to-air missiles.

Taliban officials offered to talk — but the terms were not acceptable, a source with knowledge of the resistance told Just the News.

The Taliban aimed in the talks not to share power, but to solidify control, resistance leaders said.

"The result of the conversation from the Taliban's point of view was to allocate one or two seats in the government that they want to create to the Afghan National Resistance Front, while we sought to create a better future for Afghanistan and the people of this land and personal and group interests," the resistance leaders wrote in a statement. "We did not consider it."

The Taliban this week told Russia's state-owned Sputnik news outlet that the group hoped to reach a peaceful settlement with the Panjshir resistance.

"It was not said that we would enter by force, it was said that we had tried many times to reach an agreement, but the dialogue has not brought results so far and that there are still some difficulties," Taliban spokesman Mohammad Naeem said. "At the same time, we want to solve the problem through dialogue. This is our position. We want to solve the problem, and a peaceful solution is a priority."

Leaders of the resistance movement, though, said that the Taliban already have waged armed conflict against them.

"The truth is that Taliban attacks on Andarab and Panjshir had started before this announcement," the group noted in a statement.

In recent clashes, the resistance has said, its forces have prevailed.

"The clashes that started yesterday evening after the Taliban attempted to breach into the Panjshir province, resulted in elimination of over 300 their militants," a source who was identified as being close to the resistance told Tass. "Several dozen radicals were either seriously injured or captured."

The Taliban were forced to retreat, the source said.

Just the News was not able to independently verify those claims.

The opposition movement is gaining traction and hopes to attract support from the West, particularly the United States, one source who is connected to the resistance told Just the News.

In Congress, Rep. Michael Waltz (R-Fla.) hopes to rally initial forms of assistance for the group in Panjshir.

"We're working with some of our allies — I don't want to get ahead of that process — who have seemed to indicate a willingness to start pushing humanitarian aid into that corridor," Waltz told National Review this week.

Located northeast of Kabul, the province of Panjshir is home to fiercely independent people whose leader, Massoud, has said he wants peace but will not surrender to the Taliban.