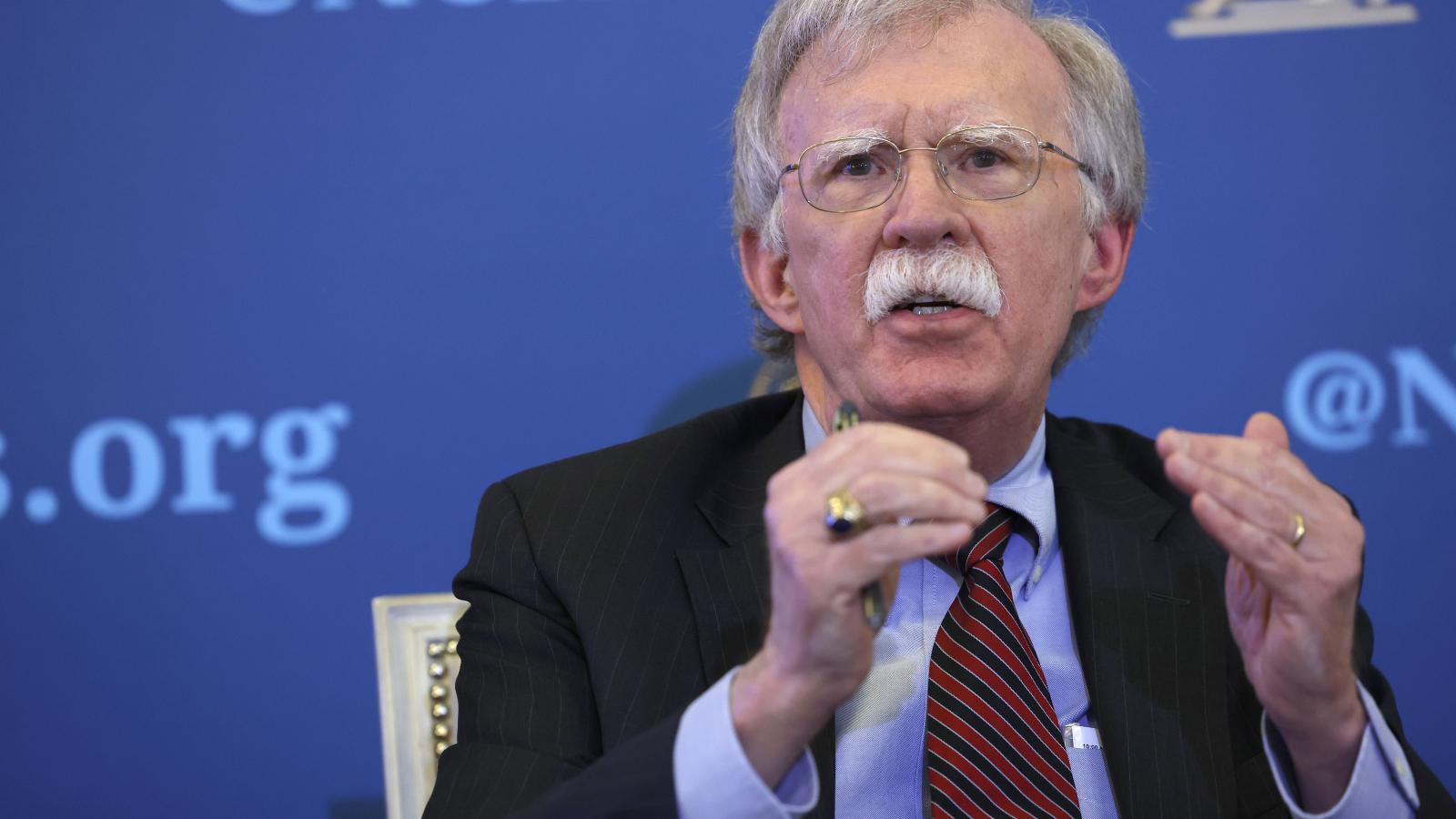 The Biden administration appears as intent as ever on reviving the 2015 nuclear deal with Iran, despite the Iranian government escalating its alleged efforts to assassinate American citizens on U.S. soil.

President Biden continues to believe "diplomacy is the best path" to ensuring "Iran never acquires a nuclear weapon," a National Security Council spokesperson told Just the News. "As long as he believes pursuing [nuclear] talks is in U.S. national security interests, we will continue to do so.

"At the same time, the Biden administration has not and will not waiver [sic] in protecting and defending all Americans against threats of violence and terrorism. We will continue to bring to bear the full resources of the U.S. government to protect Americans."

That same message is being echoed across the Biden administration.

At a press briefing Wednesday, State Department spokesman Ned Price also reaffirmed that the administration is fully committed to restoring the nuclear deal.

The JCPOA, from which former President Trump withdrew the U.S. in 2018, places temporary curbs on Iran's nuclear program in exchange for large-scale sanctions relief.

The administration's comments came amid an ongoing wave of alleged Iranian plots inside the U.S.

The announcement came as a man was indicted in a separate case on charges he was armed with a loaded AK-47 and tried to enter the Brooklyn home of journalist Masih Alinejad, a U.S. citizen and outspoken Iranian dissident. Last July, the Justice Department announced charges against Iranian intelligence agents for plotting to kidnap Alinejad and forcibly return her to Iran.

At the same time, author Salman Rushdie, a U.S. citizen whom the Iranian government had for years sought to kill over writings it deemed blasphemous, was stabbed multiple times before a speech in Chautauqua, N.Y. on Friday. Rushdie, 75, is alive and reportedly on the mend but being treated for serious injuries.

A New Jersey man with an image of Iran's supreme leader, Ayatollah Ali Khamenei, as the avatar on his email account was accused of attacking Rushdie. He pleaded not guilty to second-degree attempted murder and second-degree assault after a grand jury indicted him.

Still, Iran has denied involvement in attempts to harm Bolton, Alinejad, or Rushdie. However, most observers aren't believing Tehran.

Meanwhile, the Dispatch reported Thursday that people working on behalf of the Iranian government have targeted prominent American members of the group United Against Nuclear Iran (UANI) through in-person surveillance and cyber operations.

"I'm not aware of any time in our history that a hostile foreign government is systematically and pervasively targeting attacks on American soil against Americans," Wallace told the Dispatch. "This is a state actor pursuing these activities against Americans. That sure looks to me like an act of war."

The recent wave of plots has spurred critics of the nuclear deal and Iranian dissidents to call on the Biden administration to halt ongoing nuclear talks with Iran.

Rather than give the administration pause, however, the plots seem to have led U.S. officials to double down on pushing to rescue the nuclear deal, arguing Iran's malign activities prove the merits of the controversial accord.

An anonymous U.S. official made a similar point to Politico last week.

"We have been seeking a nuclear deal precisely because an unconstrained Iranian nuclear program would make all the other very serious problems we have with them — and we have many — far worse," said the official.

In other words, the more Iran plots against Americans, the more proof there is that the U.S. shouldn't leave the negotiating table, according to the administration.

Neither the State Department nor the National Security Council directly addressed questions from Just the News asking if there's a red line of aggression, beyond plotting to kill U.S. citizens, at which point Iran would go too far and the administration would say it's time to walk away from the JCPOA talks.

According to the Foundation for Defense of Democracies, the deal's sanctions relief would provide Iran with hundreds of billions of dollars' worth of financial benefits.

In the time between reaching the initial deal in 2015 and Trump exiting it in 2018, Iran used the infusion of billions of dollars it received to increase its military budget and provide a windfall to terrorist groups and its network of proxies and allies.

Critics have argued that staying on the same diplomatic track will embolden Iran to lash out and take more risks unless the regime sees there's a cost for its actions.

"What we've seen in the past months of the Biden administration is the pursuit not of a rational policy but the pursuit of a Holy Grail of getting back into this [deal]," Bolton said Thursday at a conference in Washington, D.C. organized by the National Council of Resistance of Iran (NCRI). "It's not based on evidence; it's based on faith."

Bolton wasn't the only former U.S. official at the conference reportedly being targeted by Iran.

Several panelists at the conference argued the U.S. needs to change its posture because Iran is intentionally dragging out the process.

"Time is always on the side of the proliferator," said Bolton. "Time spent in fruitless negotiations is time that allows the proliferator to overcome the enormous scientific and technological difficulties to perfect nuclear weapons."

Bolton referenced Iran this week sending a response to what the European Union, which chairs the nuclear talks, described as the "final text" of a possible nuclear deal, demanding certain guarantees from the U.S. rather than accepting or rejecting the EU's draft proposal.

The consequence of Biden's approach has been the U.S. making "further concessions that take a bad deal and make it worse," said Bolton.

Ambassador Robert Joseph, former undersecretary of state for arms control and international security, added that Iran is already a "virtual nuclear weapon state" just days away from breaking out to get a bomb.

"Both on [uranium] enrichment and on weaponization, if you put those together ... I would measure it in days," he said. "In fact, Iranian officials are now saying there are no technical barriers to having a bomb, to building a bomb — all they need to do is make the political decision to do that."

Thursday's panel marked the 20th anniversary of the NCRI revealing publicly for the first time the existence of secret nuclear sites inside Iran — an event that launched the ongoing nuclear saga between the West and Iran.

Alireza Jafarzadeh, deputy director of the NCRI's Washington office, was the man who made those revelations at a press conference that had global reverberations.

"Tehran's goal is to dash toward building the bomb by dragging out the nuclear talks," Jafarzadeh told Just the News. "Any concessions by the West would play into the hands of Supreme Leader Ali Khamenei and [Iranian President] Ebrahim Raisi to proceed with their nuclear, regional, and internal agenda. Dragging the nuclear talks have only benefitted Tehran."

Jafarzadeh and other panelists at the NCRI conference argued the only way to end the nuclear and terrorist threats posed by Iran is to support the Iranian people overthrowing the current regime in power.

"As long as this regime remains in power, the nuclear program will continue to advance forward," said Joseph.