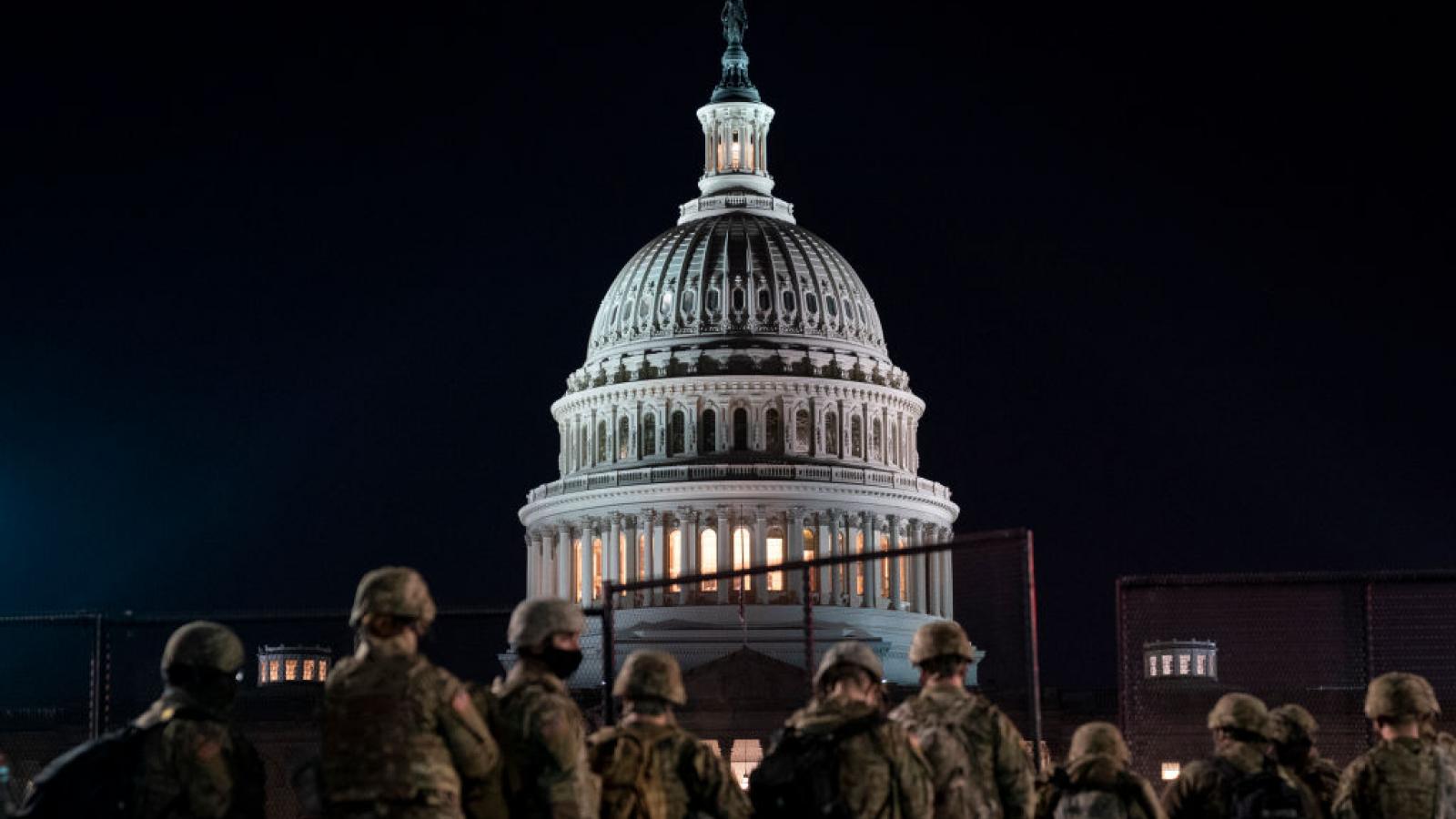 Defense officials say the new proposal is being reviewed by the Pentagon, according to the Associated Press, which first reported the story.

The House on Wednesday night ended its official business in the Capitol complex, amid concerns about another siege Thursday on the Capitol building, based on unconfirmed threats by Q Anon about former President Trump retaking office on March 4.

Capitol Police Chief Yoganda Pittman told lawmakers Wednesday that the police will ensure that a riot like the one on Jan. 6 will not happen again.

There are now as many as 5,000 National Guard members stationed in the Capitol, and officials say razor-wire fences will stay up around the Capitol complex for several more months.