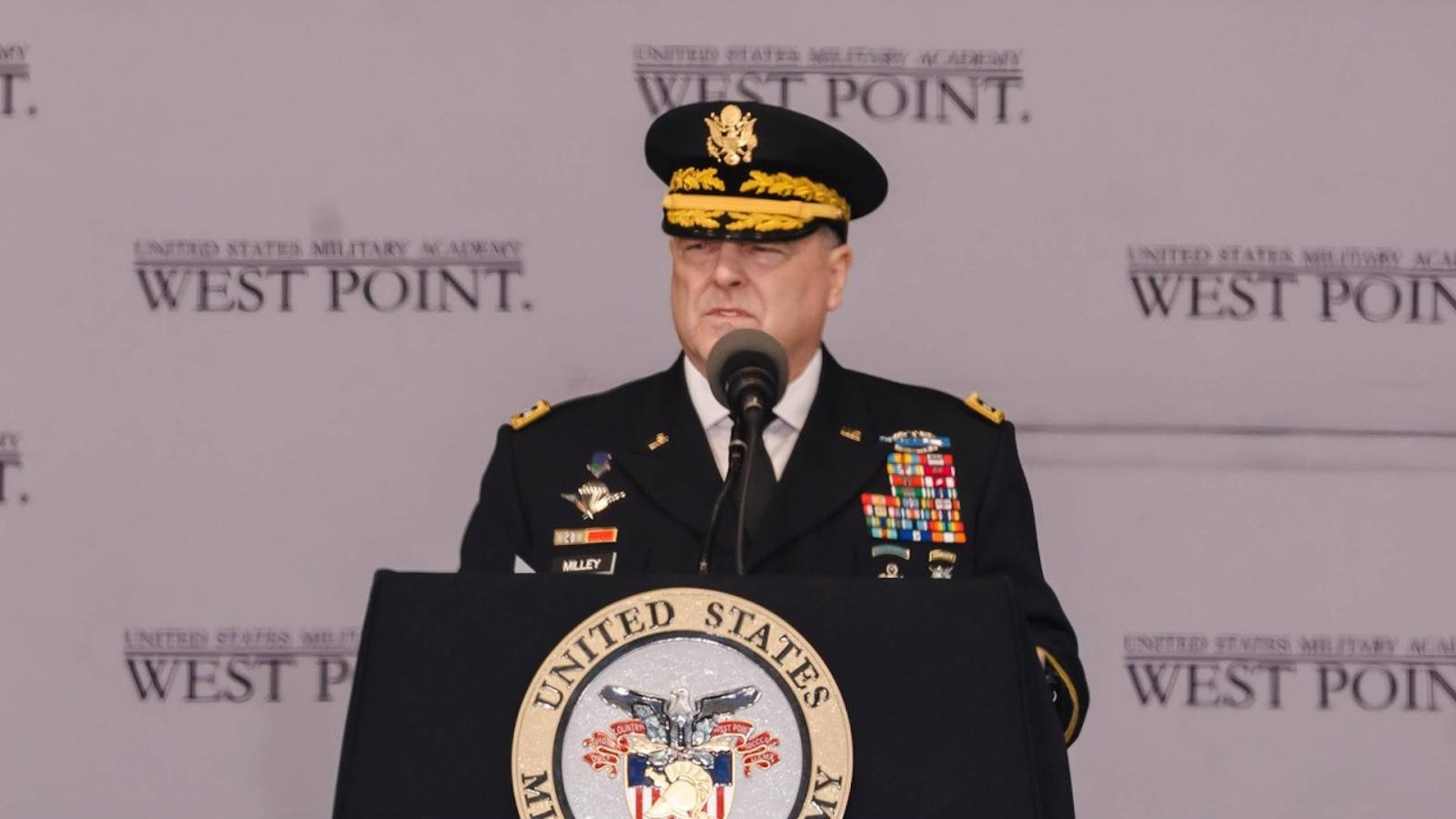 "At this very moment, a fundamental change is happening in the very character of war. We are facing, right now, two global powers: China and Russia. Each with significant military capabilities and both who fully intend to change the current rules-based order," Chairman of the Joint Chiefs of Staff Milley told the graduating class of 2022 cadets.

Milley argued that the best way to honor the sacrifice of the Ukrainian people is "to support their fight for freedom and to stand against tyranny" as Ukraine defends itself against Russian President Vladimir Putin's invasion.

The world is "becoming more unstable," Milley said, warning graduates that "the potential for significant international conflict between great powers" is increasing.

"We are also on the cusp of a change in the fundamental character of war," Milley observed. "The nature of war is not going to change. It's still a political act. It's a decision by humans to impose their political will on their opponent by the use of violence."

"You're entering a different world," the general said. "The United States is under significant challenges in Europe, Asia, the Middle East and Europe. We see revanchist Russia, as we have just witnessed another invasion in Ukraine. In Asia, we are in the third decade of the largest global economic shift in 500 years, resulting in a rapidly rising China as a great power with a revisionist foreign policy backed up with an increasing capable military."

Milley said the United States faces another growing threat in Asia from "a rogue North Korea that is rapidly increasing their missiles and deliverable nuclear weapons."

The future of war will be very different, he stressed.

"In short, the next 20 or 25 years is not going to be like the last 20 or 25," Milley said. "The accumulating challenges we face and the changing character of war's unlike anything our nation has ever faced before."

His speech comes as Russia appears to be building up its forces in Europe during its invasion of Ukraine.