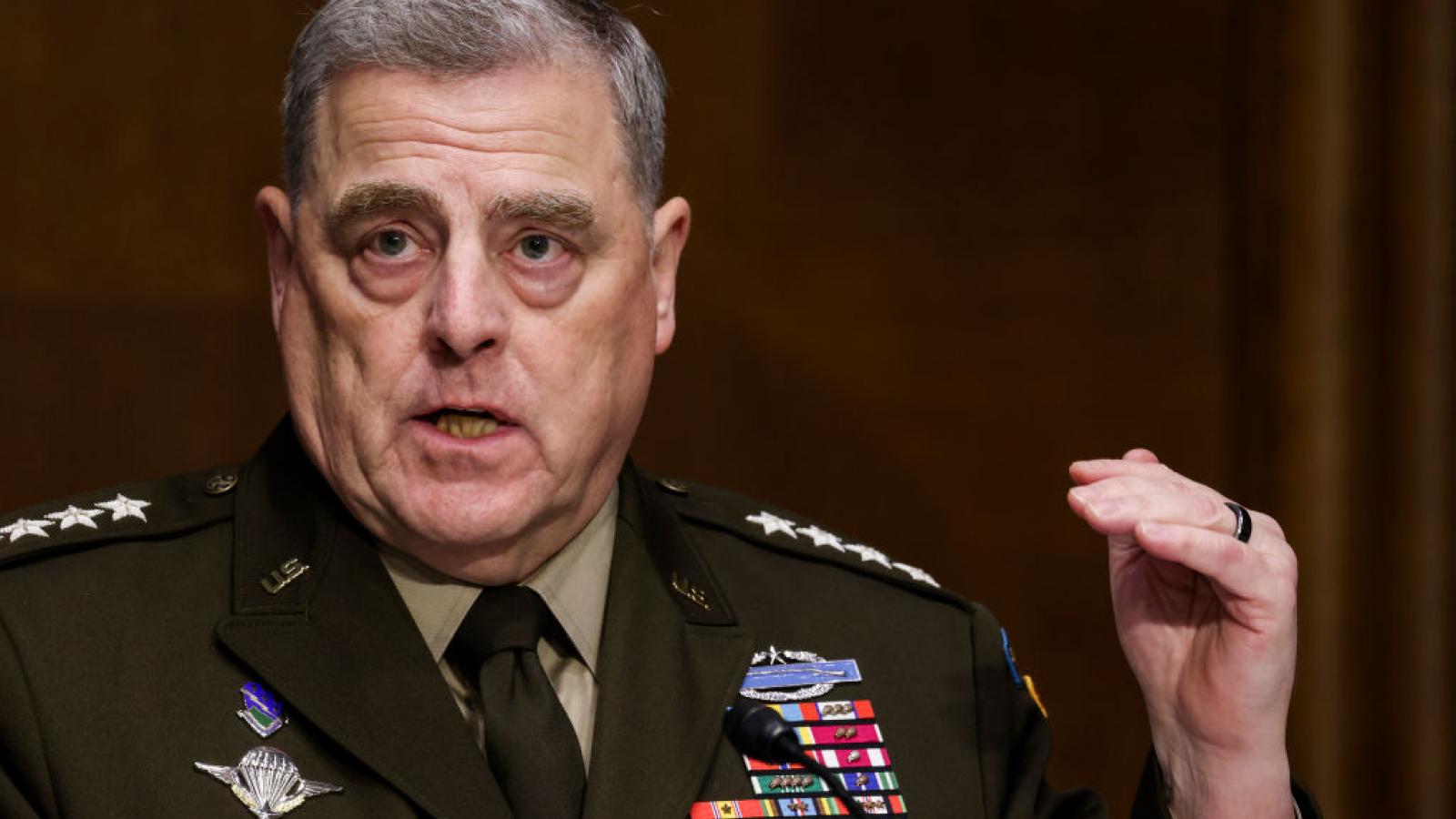 Chairman of the Joint Chiefs of Staff General Mark Milley has acknowledged that the U.S. military withdrawal from Afghanistan will likely lead to a return of terrorist groups like al-Qaeda, and possibly a civil war.

"My military estimate is … that the conditions are likely to develop of a civil war," Milley told Fox News' Jennifer Griffin during an interview at Ramstein airbase in Germany. "I don't know if the Taliban is going to [be] able to consolidate power and establish governance."

"I think there's at least a very good probability of a broader civil war and that will then, in turn, lead to conditions that could, in fact, lead to a reconstitution of al-Qaeda or a growth of ISIS or other myriad of terrorist groups," Milley told the network.

Milley, President Joe Biden, and Defense Secretary Lloyd Austin, were criticized last month for failing to anticipate that the Taliban could so swiftly take over the country — it took just 11 days —at the same time the U.S. was pulling out. While Biden told George Stephanopoulos of ABC News on August 18 that if all Americans who wanted to leave were not out by the Aug. 31 self-imposed deadline, forces would remain past the deadline until they got them all out, but he broke that promise.

As the Taliban advanced, capturing city after city, province after province, they opened up prisons, which, according to The Epoch Times, "Pentagon officials later confirmed that thousands of ISIS-K terrorists may have been released from those facilities, including one at Bagram airbase."

"You could see a resurgence of terrorism coming out of that general region within 12, 24, 36 months. And we're going to monitor that," Milley told Fox News.