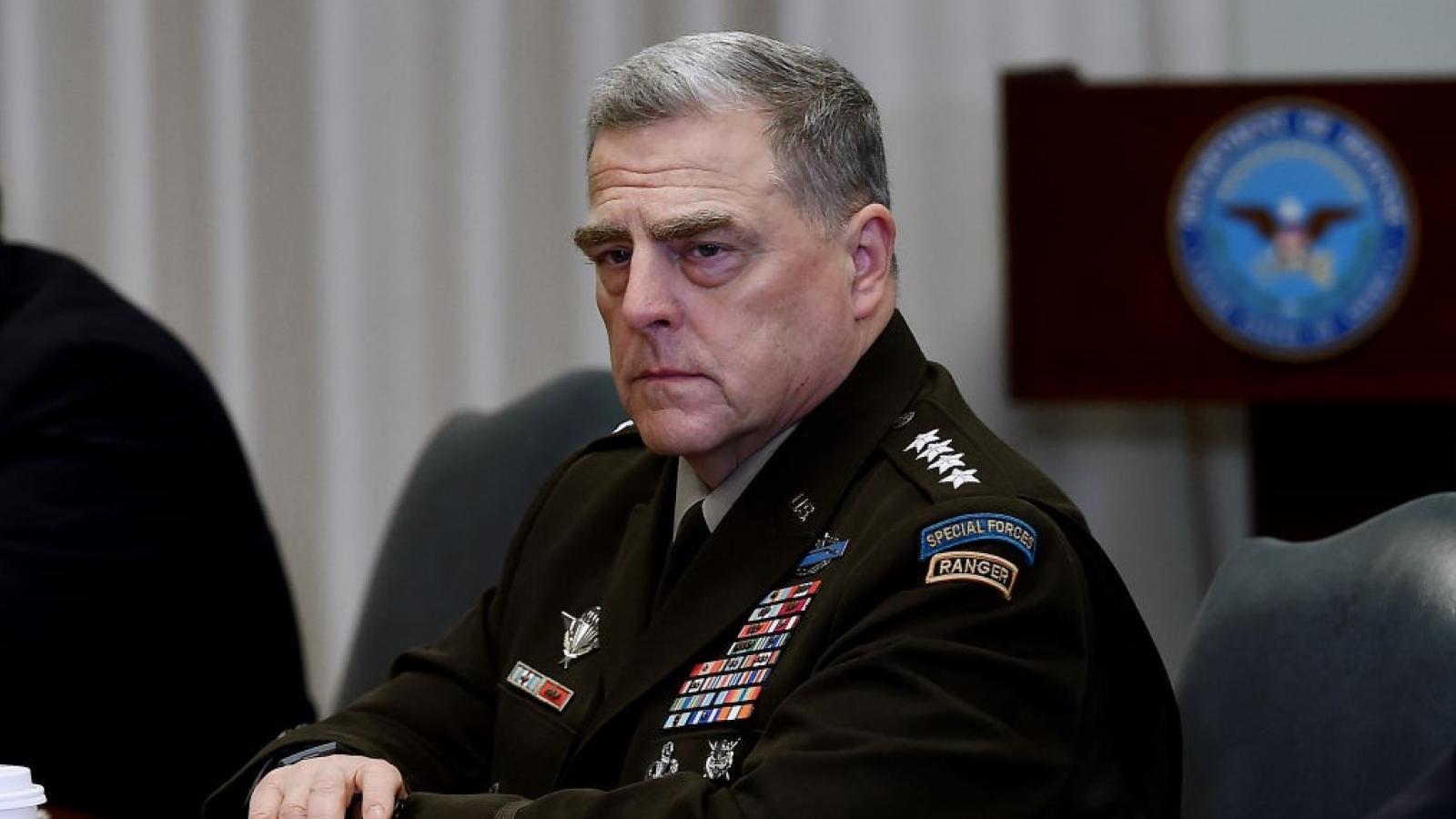 As the embattled Gen. Mark Milley took a defiant tone regarding reports that he surreptitiously tried to circumvent the authority of his then-commander-in-chief, President Donald Trump, critics increasingly demanded his resignation while the White House offered him full support.

Milley's alleged actions include making secret calls to the top military officer in Beijing, and holding a clandestine gathering of military officers to demand that they only obey command orders that came through Milley, according to the authors of a forthcoming book.

The actions are described in "Peril," by Washington Post journalists Bob Woodward and Robert Costa. Milley took the unprecedented actions because he was afraid Trump might launch a nuclear strike, the authors wrote.

Milley in a statement confirmed that the anecdotes in the book are true, but couched them as normal procedure - and signaled that he plans to remain in office.

"General Milley continues to act and advise within his authority in the lawful tradition of civilian control of the military and his oath to the Constitution,” the chairman's spokesman, Col. Dave Butler, said in a statement.

The doubling-down further alarmed critics who described his actions as dangerous.

"We could have a nuclear war over a mistake because the general is going outside the line of command to insinuate something that nobody believes to be true, but actually could have started a war," Sen. Rand Paul (R-KY) told the John Solomon Reports podcast. "So really, instead of actually calming tensions, he could have actually started an accidental war."

The White House on Wednesday stood up for Milley, with President Joe Biden affirming that he has 'great confidence' in his Joint Chiefs of Staff chairman.

The Pentagon supported Milley in general, but officially evaded questions about his alleged actions.

When asked to comment on specifics of the controversial incidents, Kirby waved off.

"I'm not going to speak to unconfirmed reports from a book that we haven't looked at and read yet, and certainly not to a conversation that took place before the administration took office," Kirby said. "I'm not going to go there or anything."

When pressed to address what one reporter called "a pretty serious allegation," Kirby held firm.

"It's not that I'm not denying it, I'm simply going to refuse to speak to two specific anecdotes that are in this book," Kirby said.

Elsewhere inside the Pentagon, the "Milley situation" has been Topic A, officials said.

"Everyone is talking about it, and not in a good way," one civilian contract officer told Just the News. "People are talking about whether they should leave. They don't want to be tarred with this mess."

Discussion has centered on questions about the anecdotes in the book, said one senior Pentagon official who doubted the explanation that Milley was afraid Trump would launch a nuclear attack in order to remain in office.

"If he really thought that Trump was so unstable that he was going to start a nuclear war, there was a way to address that," the senior official told Just the News. "We have provisions for that as spelled out in the U.S. Constitution, namely that the Cabinet would remove him under the 25th Amendment. But instead of doing that, he ran his own independent operation."

Some within the Pentagon interpret the "I'm in command" affirmation meeting as meaning Milley wanted to make sure he wasn't being marginalized, the contract officer said.

"When Milley had the meeting with his subordinates, if you take the report at face value, he asked them if they would follow the procedure," the officer said. "What he said to them wasn't technically wrong. If you look at the procedure of the National Command Authority, he does have to be in the loop in any command decision in the event of war."

At the time was meeting was held, the officer said, Milley had grown suspicious that Trump would edge him out of his position.

"I think he was trying to make sure that nobody took him out of the loop," the officer said.

The officials are not authorized to talk to the press, and spoke on the condition that they would not be identified.

The meetings and the phone calls demonstrate a lack of judgment, according to one combat veteran who has numerous tours of duty in Afghanistan, Iraq, Somalia, and elsewhere.

"If true, it's just an example of his inability to grasp not just the Constitution in this case, but also the situation in Afghanistan," which he bungled, according to retired Army officer Jim Lechner.

Milley's promise to give advance warning to China of a hypothetical attack crossed the line from bungling to giving aid and comfort to the enemy, Lechner said.

"His lapse in judgment has resulted in treason," he said.

"His calls with the Chinese and others in October and January were in keeping with these duties and responsibilities conveying reassurance in order to maintain strategic stability," Butler said. "All calls from the Chairman to his counterparts, including those reported, are staffed, coordinated and communicated with the Department of Defense and the interagency."

Former Acting Defense Secretary Chris Miller, who would have led the Pentagon when Milley made the January call, said he 'did not and would not ever authorize' the general to have the secret calls.

Trump was not on record as having said he planned to order a nuclear strike.